Home Cityscape UPDATE farmer protest : Delhi comes to a grind due to farmer... 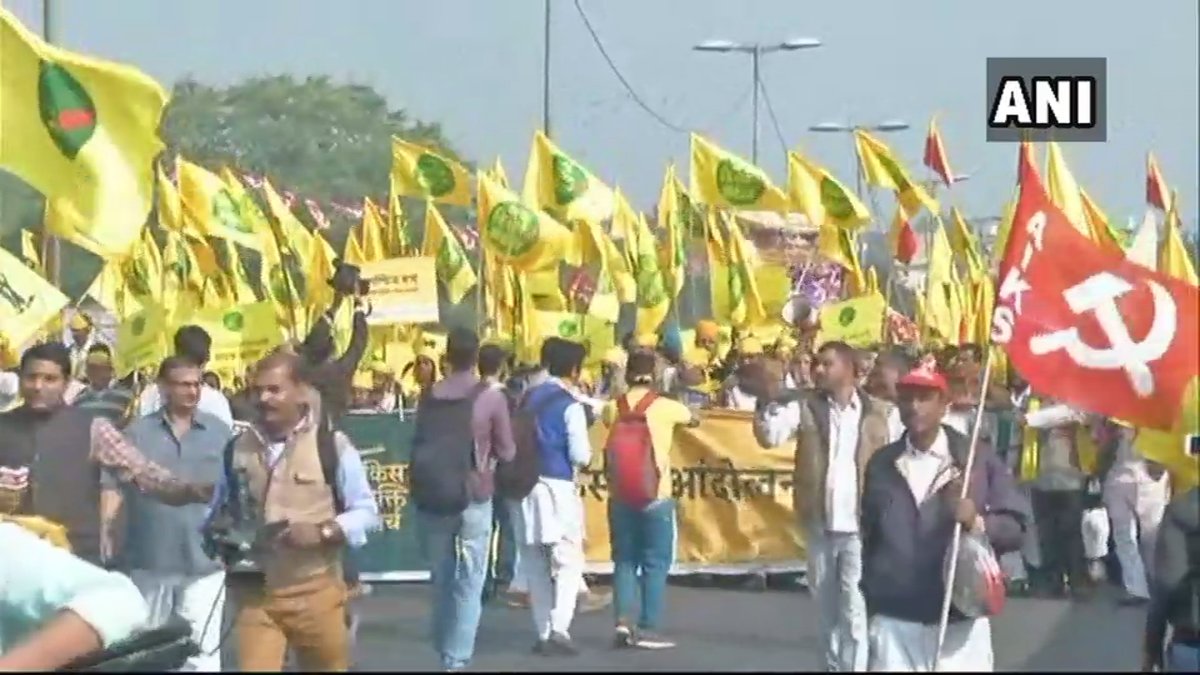 As the farmers march towards Parliament, security around certain affected areas in Delhi has been stepped up. Over 1000 police personnel and over 20 companies of outer forces have been deployed.

Certain roads are facing heavy traffic issues due to the protest. Delhi Traffic Police are providing live updates of the protest routes on their Fabcebook and Twitter accounts.

More than one lakh farmers, belonging to 200 farmers’ organisations, are present at the Ramlila Maidan in Delhi and will be marching to the Parliament, on Friday, to push their demands, including implementation of the MS Swaminathan Committee report, farm loan waiver and better Minimum Support Price (MSP) for their agricultural produce.

The two- day protest rally has been organised by the All India Kisan Sangharsh Coordination Committee (AIKSCC) for two days (29-30 November) against the ongoing rural distress. The distressed peasants will start their march from five different areas of Delhi, namely Hazrat Nizamuddin, Bijwasan, Sabzi Mandi station, ANVT terminus and Majnu ka Tila to the Ramlila Maidan.

From the past couple of months, the country has witnessed a number of protests by farmers. On October 2, the birth anniversary of Mahatma Gandhi, farmers from the neighbouring states of Haryana and Punjab were not allowed to launch a protest in Delhi, which later led to a violent confrontation with the state police at the Delhi border.
Maharashtra’s Mumbai too caught the attention of media recently, as thousands of farmers under the aegis of Lok Sangharsh Morcha on November 22 marched towards Azad Maidan to press for their demands, which include farmland ownership and implementation of Forest Rights Act.

In March, around 25,000 farmers under the banner of All India Kisan Sabha carried out a protest march in the national capital demanding a complete farm loan waiver.