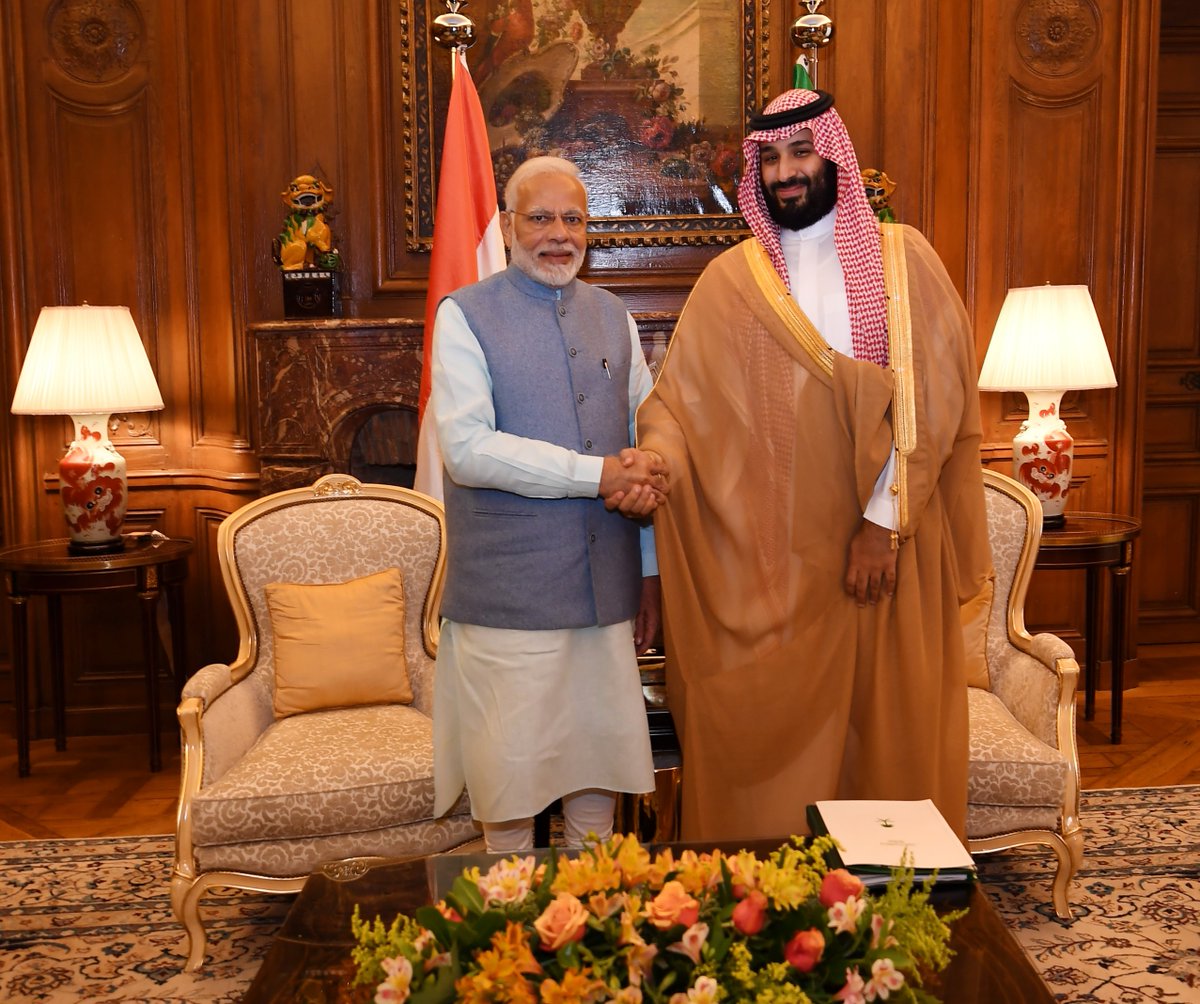 “In recent years, the Kingdom of Saudi Arabia has been a valuable partner. The relationship has expanded beyond the Indian community to issues related to the economy, energy and security. All issues of bilateral and regional interest will be discussed,” PMO sources said.

They said the meeting signifies the importance that both leaders attach to the issue of climate change. This outreach comes just a week before the COP24 meet in Katowice, Poland.

“It reflects the respect in which the prime minister and his initiatives are held globally to take the lead on issues of global importance,” the sources said.

On the sidelines of the two-day 13th G-20 summit, Modi, Trump and Japanese Premier Shinzo Abe will hold a trilateral meeting amidst China flexing its muscles in the strategic Indo-Pacific region.

The trilateral, which would be an expansion of the bilateral meeting between Trump and Abe, is part of the series of meetings the US president would have on the sidelines of the G-20 summit on November 30 and December 1.

White House Press Secretary Sarah Sanders said on Thursday the trilateral meeting with Prime Minister Modi will be held towards the end of the Trump-Abe talks.

“Looking forward to a wide range of interactions at the G-20 Summit, aimed at furthering sustainable development,” Prime Minister Modi tweeted soon after he landed here.

Modi will also meet Chinese President Xi Jinping and German Chancellor Angela Merkel on the sidelines of the event, the Ministry of External Affairs had said on the eve of his departure.

He will be in Buenos Aires from November 29 to December 1.