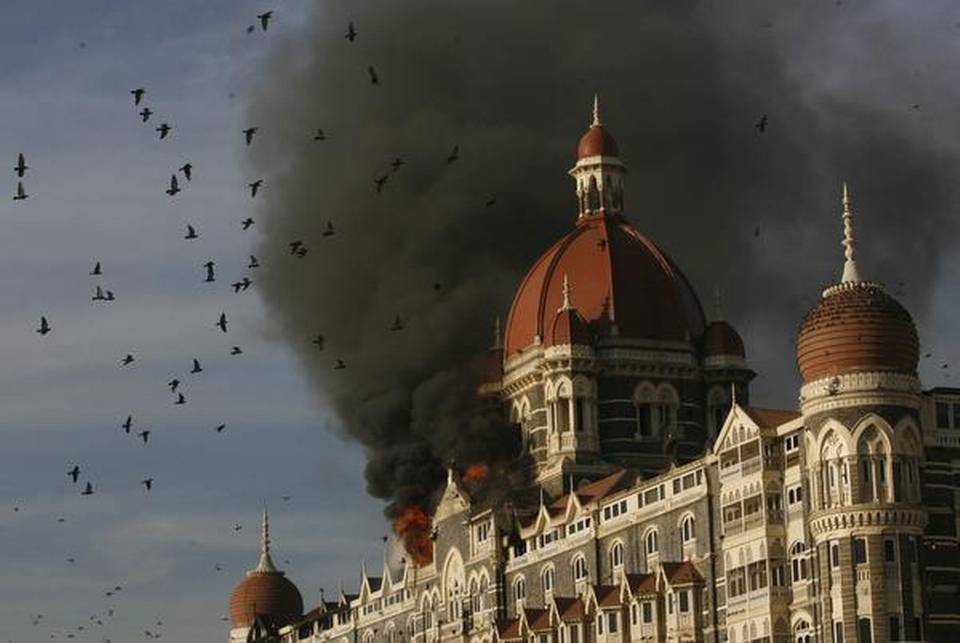 A decade after 26/11, the horrific terror attack on Mumbai in 2008, the nation paid homage to the victims of the horrific tragedy. However, the perpetrators, including the mastermind Hafiz Mohammed Saeed, are roaming free in Pakistan.

On 26th November 2008, 10 members of the Lashkar-e-Taiba (LeT) carried out a series of 12 coordinated shooting and bombing attacks across Mumbai, leaving 166 people dead and over 300 injured.

Starting from the Chhatrapati Shivaji Terminus, where Ismail Khan and Ajmal Kasab opened fire, killing 58 people and leaving 104 injured, the terrorists attacked in The Leopold Cafe in Colaba Causeway, South Mumbai, the Taj Mahal Palace, Tower Hotel, Nariman point and ending at the Oberoi- Trident Hotel in the night.

The terrorists deployed all means at their disposal – bomb explosions, holding innocents hostage, firing at the security forces – for over 60 hours. More than 200 NSG commandos arrived from Delhi on November 27, took over the operations. They finally freed the hostages and secured the buildings on November 28.

Eighteen brave hearts sacrificed their lives while fighting the terrorists.

‘A grateful nation bows to our brave police and security forces who valiantly fought the terrorists during the Mumbai attacks,’ said Prime Modi Minister while paying tribute to the victims of 26/11.

Tributes to those who lost their lives in the gruesome 26/11 terror attacks in Mumbai.

Our solidarity with the bereaved families.

A grateful nation bows to our brave police and security forces who valiantly fought the terrorists during the Mumbai attacks.

However, little progress has been made in punishing the guilty as Pakistan continues to delay the probe.

After the attacks, the government decided to spread out the NSG commandos to some big cities in what came to be known as ‘NSG hubs’ for faster response to terror attacks.

Here is what the leaders from India and abroad said on the tenth anniversary of the attacks.

Ten years after the Mumbai terror attacks, thoughts with families and individuals who suffered. We salute those from the police and security forces who made the supreme sacrifice that day. India remains honour-bound to securing justice, and defeating terrorism #PresidentKovind

The US Secretary of States, Mike Pompeo, expressed his sorrow over the attack and has offered a reward of upto $5 million to anyone who gives information leading to the arrest or conviction of any of the terrorists involved in the 26/11 attacks

.@SecPompeo: On behalf of all Americans, I express my solidarity with the people of India and the city of Mumbai on the 10th anniversary of the #MumbaiTerrorAttack. We stand with the families and friends of the victims, including six American citizens. https://t.co/NGj4xSGkAv pic.twitter.com/F6oI1Rhouh

Remembering the hundreds of innocent civilians & Railway staff who lost their lives in the cowardly 26/11 attacks in Mumbai 10 years ago, and a big salute to the brave police & security personnel who displayed exemplary courage in protecting their fellow citizens. pic.twitter.com/2k9RP4pXoA