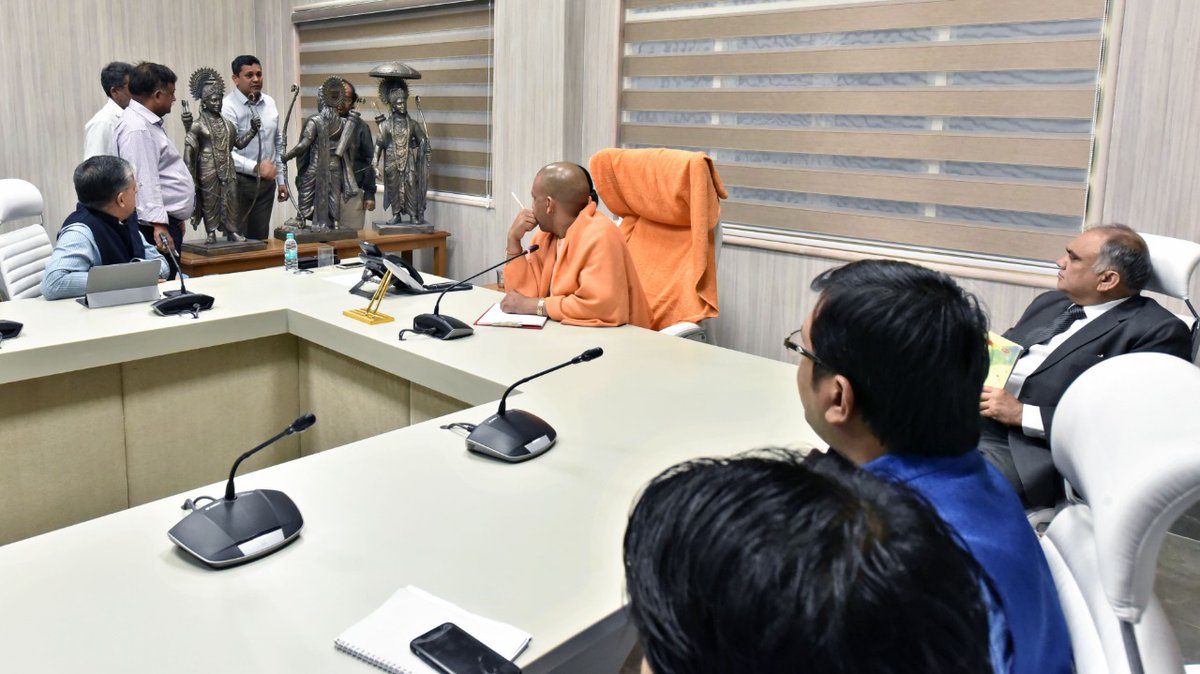 Chief Minister Yogi Adityanath on Saturday cleared the proposal to construct a 221 meter tall Ram statue in Ayodhya. The decision to install the statue was taken in a high-level meeting chaired by CM Adityanath late on Saturday night.

The bronze statue itself will be 151-metres tall and will be on a 50-metre high pedestal, said Additional Chief Secretary (Information) Avaneesh Kumar Awasthi. It will be build on the banks of the Saryu river.

As per the statement released by the UP government, a museum will be built inside the base of the statue that will showcase the history of Ayodhya.

The clearance came just a day before Shiv Sena and the Vishwa Hindu Parishad’s meeting in Ayodhya where they will pitch for the construction of Ram Mandir.

Visuals from Ayodhya. VHP and Shiv Sena are organising separate events in the city today over the matter of #RamTemple. pic.twitter.com/kKKFBhaTR0

Amidst the high security, the VHP supporters will be holding a rally at the Bade Bhakt Mahal ground near Ram Ghat. While Shiv Sena chief Uddhav Thackrey, who is on a two-day visit to Ayodhya will offer prayers at the ram janmabhoomi today along with his wife and son.