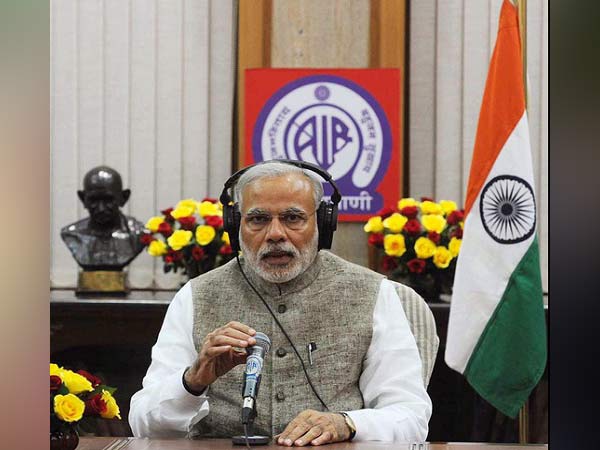 On Sunday, Prime Minister Modi’s radio programme ‘Mann Ki Baat’ compleated 50 episodes. Speaking on this special occasion, he talked about the journey of the show and how it came into existence.

“When Mann Ki Baat started, I decided that politics will not be a part of it, it’ll neither have the praises of the government nor my name. I got the inspiration and strength to stay true to my resolution from all of you,” he said.

In this broadcast, he also thanked the media for their support and for playing Mann Ki Baat on their channel on a regular basis. ” I thank the media for playing Mann Ki Baat on their channels on a regular basis. No political person is ever happy with the media, they think they don’t get enough coverage or get negative coverage, however, the media has made the issues raised in programme their own.”

ALSO READ: Vajpayee’s foster family to give up Lutyen’s bungalow and SPG

Praising the youth of the country and encouraging them to ask more questions, the PM said, ” Today, the youth is very ambitious, they think big. It’s good, dream big & achieve great success – this is New India. People say the young generation wants to do so many things at the same time. I say what’s wrong in that? They’re good at multitasking so they do that.”

When it comes to youngsters- accept rather than expect. #MannKiBaat50 pic.twitter.com/Aturec0GE4

He further talked about the construction of Dera Baba Nanak-Kartarpur Sahib road corridor up to the international border with Pakistan. “The government has made a very important decision -that of opening the Kartarpur Corridor so that people of our nation can easily go to Kartarpur in Pakistan and visit the sacred place of Guru Nanak Dev.”

” Modi will come and go, but this country will remain eternal, our culture will remain immortal,” Narendra Modi said during the broadcast.

Started back on October 3, 2014, this show helps the prime minister to share his thoughts with the people living in remotest parts of the country. The show also enables the people to share their ideas and problems with the Prime minister through toll-free numbers.

In January 2015, PM Modi was joined by American President Barack Obama for a ‘Mann Ki Baat’ episode where he shared some of his personal stories and accounts.