Vajpayee’s foster family to give up Lutyen’s bungalow and SPG | Newsmobile
Wednesday, August 10, 2022 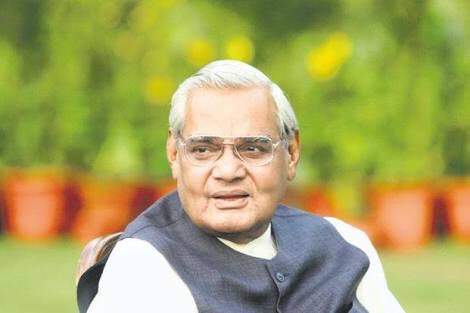 Namita Bhattacharya, late PM Atal Bihari Vajpayee’s foster daughter, has written to the PMO conveying the family’s wish to give up the bungalow on Krishna Menon Marg allotted to Vajpayee and shift to their private residence.

In the letter, she also requested the withdrawal of her Special Protection Group (SPG) cover, despite being entitled to it by the law. The law grants the facility to former PMs and their immediate family members in order for them to be protected by the elite force, based on their threat level which is assessed every year.

During and after his period as the prime minister, Vajpayee’s foster family, Namita, her husband Ranjan Bhattacharya and their daughter Niharika, stayed with him in the Krishna Menon Marg bungalow.

Three months after Vajpayee’s death in August this year, the family has decided to move out of their Lutyens’ Delhi address and live in a private house. According to reports, Namita mentioned in the letter that the SPG cover was intrusive and the security protocol ended up causing inconvenience to the public.

The SPG Act allows a former PM along and his/ her immediate family to retain the SPG cover for a year and thereon, based on a threat assessment to be taken at a gap of not more than 12 months.