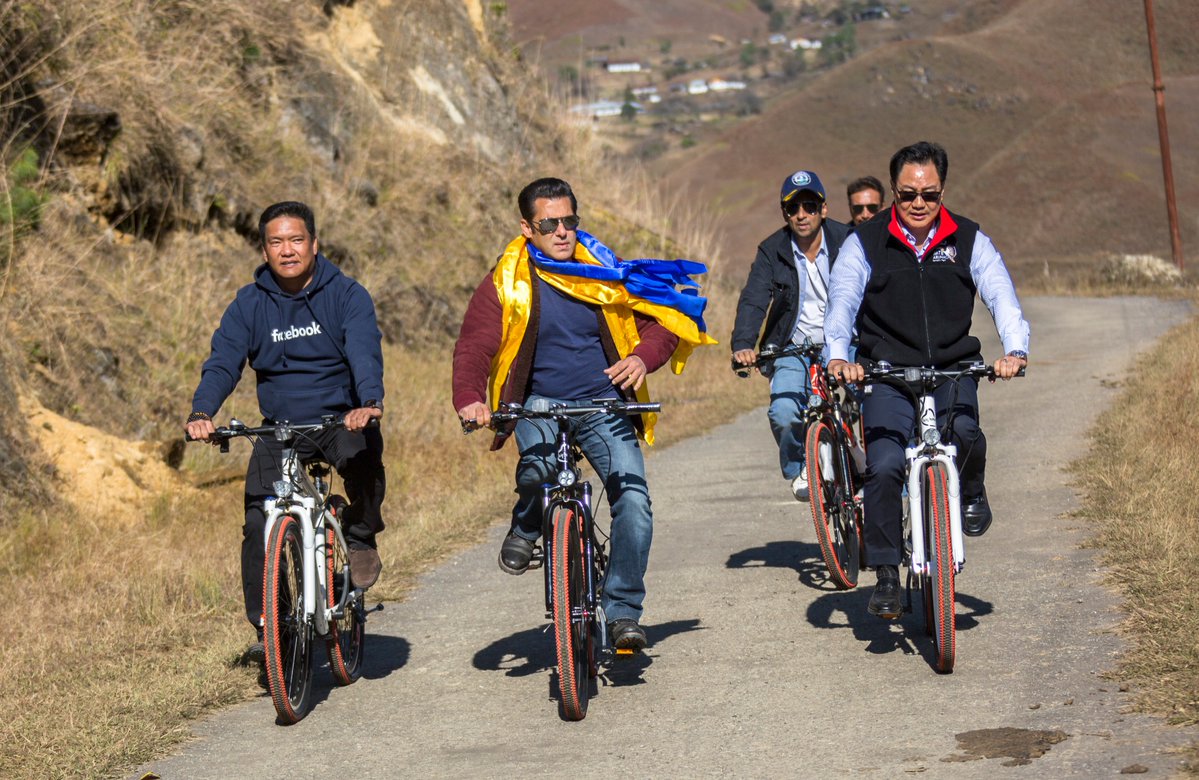 The actor, who was shooting in Punjab for his upcoming film ‘Bharat,’ arrived at Dibrugarh airport by a chartered flight to attend the festival and was received by Minister of State (MoS) for Home Affairs Kiren Rijiju.

People of Arunachal Pradesh will be forever indebted to @BeingSalmanKhan for promoting the State as a destination for adventure tourism. People showered him all the love & affection at Menchuka today. pic.twitter.com/L9W8SIMLMb

Posting some pictures from the opening day of the festival on his Twitter handle, Rijiju praised Salman for promoting the State as a destination for adventure tourism.

ALSO READ: Make way for Nick Jonas as he departs from NYC for…

“People of Arunachal Pradesh will be forever indebted to Salman Khan for promoting the State as a destination for adventure tourism. People showered him all the love and affection at Menchuka today,” Rijiju tweeted.

In the snapshots, Salman can be seen wearing the state’s traditional Monpa jacket.

It was an exhilarating experience to be part of 10km bicycle ride with Bollywood Superstar Salman Khan and MoS Home @KirenRijiju at Mechuka today. Thanks with all my heart to @BeingSalmanKhan for his presence at Mechuka Adventure Festival. It means a lot. @incredibleindia pic.twitter.com/W3Wr4PbaJI

The Bollywood actor, in his speech, promised to shoot for his upcoming film in the state in order to give a big boost to film tourism and also admired Arunachal’s beauty.

Displaying his love for cycling, Salman took part in a 10km bicycle ride along with Chief Minister Pema Khandu and Rijiju, which culminated at the festival ground, where they were accorded a warm welcome.

ALSO READ: It’s the regal look for Deepika and Ranveer at their Bengaluru…

On the work front, Salman is currently shooting for his upcoming film ‘Bharat’ in which he is sporting five different looks spanning over a time period of 60 years, including a crucial part which will showcase the actor in his late 20s ‘lean and young’ avatar.