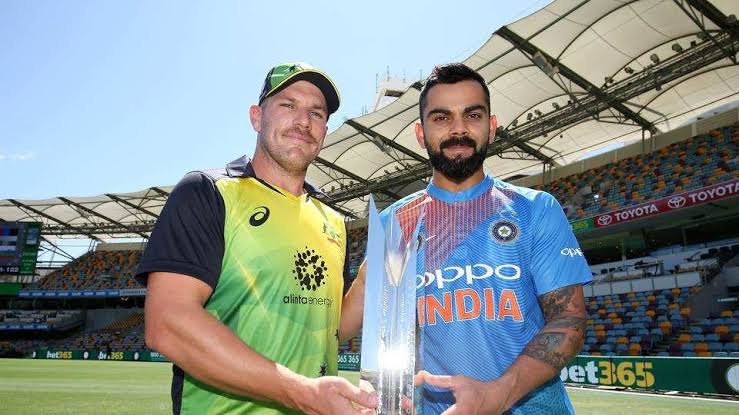 India’s tour of Australia has always been a series that many look forward to. It’s got a historic feel about it even today, as it brings back memories of the historic times gone by.

While India’s record in Australia isn’t as good as many want it to be, Virat Kohli and his men will be out on a mission this time down under. With the Aussies not really at the peak of their powers, this could be India’s best chance of winning a test series in Australia.

We take a look at five important facts that have been a big part of the rivalry over the years.

1. The Aussie side of the early 21st century was probably the best in the history of the game. Having match winners like Matthew Hayden, Adam Gilchrist, Shane Warne, Ricky Ponting and the skipper Steve Waugh, they came to India at the back of a 15 game unbeaten streak in test matches. And India weren’t in a good state after the storm about match fixing.

The Aussies picked up a ten wicket win in the first test in Mumbai and had put up a total of 445 in the first innings of the Eden gardens test. India were bundled out for 171 and were forced to play the follow on. At 232/4 in the second innings, Rahul Dravid came out to bat. VVS Laxman was already on the crease after not having batted in the first innings because of a back injury. The feeling was that India would collapse very soon and Australia will go onto win the game.

But miraculously, Dravid put up a partnership of 376 runs for the fifth wicket to take India to a total of 657/7. This turned out to be the third highest partnership in cricketing history for that wicket and Laxman scored 281- then the record for the third highest total for a batsman in a single game.

2. When India hosted Australia in 2013, there was confidence that the Aussies will be plundered in all formats. Heading into the final ODI, the series was all level at 2-2.

It was in the 7th ODI at Bengaluru that a record was broken. Rohit Sharma scored an astonishing knock of 209 off 158 balls to take India to a majestic total of 383. This was Sharma’s second double hundred in an ODI and the highest individuals score by a batsman against the Aussies.

Led by James Faulkner and his knock of 116 off 73 balls, Australia fought well but lost the game by 62 runs.

3. There was time not long ago when T20s were only beginning to make an impact. India’s tour of Australia in 2007 had one T20 game at Melbourne. And it turned out to be an embarrassment.

India were bundled out for just 74. Irfan Pathan did score 26, but it wasn’t enough to take the total past 100. The Aussies picked up a dominating win, going past the total with nine wickets in hand and nine overs to spare.

74 was India’s lowest total against Australia in a T20 game.

4. Virat Kohli holds the record for scoring the highest amount of runs by a single player in the history of T20s between India and Australia.

The Delhi boy has played 12 innings and has been not out 5 times. With a very high average of 60, Kohli’s highest score has been 90 and he has scored a total of 425 runs.

5. It’s fair to say that when Aaron Finch gets going, it’s tough to stop him. Back in 2012 at Rajkot, India got a proof of that. Finch’s knock of 89 saw Ravi Ashwin concede 41 runs in just 2 overs as Australia notched up a total of 201.

India though, were determined. As determined as Yuvraj Singh, who had made his comeback after beating cancer. After Rohit Sharma went for 8, India seemed in trouble. With nine overs to go, India were 100-4 , as MS Dhoni walked in. It was a trip down memory lane. Yuvi and Dhoni took India past 201, miraculously so with two balls to spare.

Yuvraj scored 77 off just 35 balls in a innings that had 8 fours and 5 sixes. After all, If Yuvi can beat cancer, Aussies are nothing for him.

This was the highest run chase by either of the sides in a T20 game.