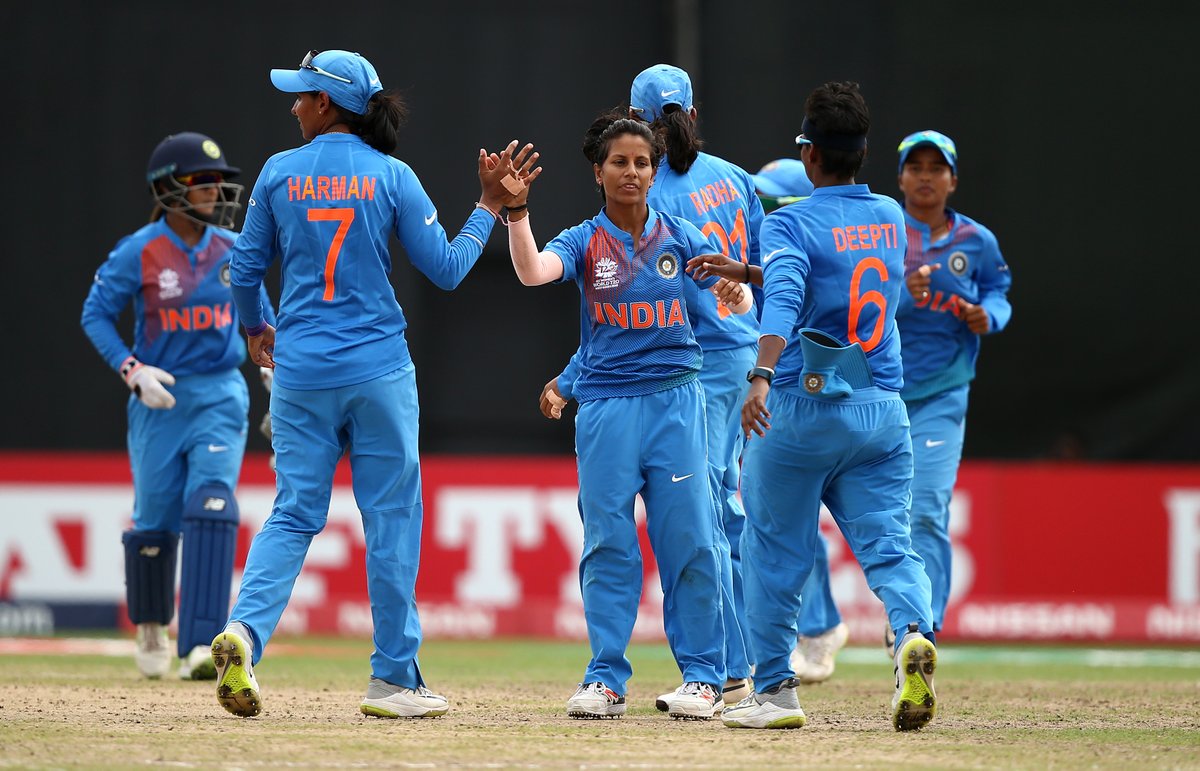 Riding on the back of Smriti Mandhana’s 83-run feat and skipper Harmanpreet Kaur’s crucial 43-run knock, India managed to outclass Australia by 48 runs in their ﬁnal group match to ﬁnish on top of Group B.

ALSO READ: All you need to know about Virat Kohli’s ‘Jersey knows no gender’

Australia, who were given a target of 168 runs in 20 overs, had a shaky start as the openers were dismissed in quick succession by spinner Deepti Sharma, who grabbed two wickets in two balls in the ﬁfth over of the match.

Despite pressure mounting on the Australian side after the dismissal of openers Elyse Villani and Beth Mooney, Ashleigh Gardner looked like she was taking control of the match, only to be dismissed by Poonam Yadav.

While Ellyse Perry tried to bring Australia back into the game, none of her teammates were able to back her on the ﬁeld as they were unable to cope with Indian spinners, who reduced the Australian side to 119/9 in 19.4 overs.

The Australian side also faced a disadvantage in the form of Alyssa Healy, who was unable to return to the ﬁeld after suffering a concussion due to a collision with Megan Schutt in the Indian innings.

For India, Anuja Patil picked up three wickets for 15 in 3.4 overs, while Deepti Sharma, Radha Yadav and Poonam Yadav scalped two wickets each. Smriti Mandhana was adjudged the Player of the Match.