Home Home Slider You won’t believe the cost of the lehenga Deepika wore for her...
ShareTweetGoogleWhatsappPrint
Mail

Bollywood’s power couple Ranveer Singh and Deepika Padukone tied the knot on Wednesday and Thursday at Villa del Balbianello, Lake Como, Italy. Keeping up with both the cultures, the celebrity couple got hitched twice- one time in the traditional Konkani style and a day after that in traditional Sindhi style.

For the North Indian style wedding, the couple matched their attire in the classic red and gold combo. While Ranveer wore green and red rubies around his neck, Deepika donned a heavy red lehenga and paired it up with a gold tradition mangtika. She was looking like a perfect Sindhi bride as she also wore a beautiful head-scarf with a shloka inscribed in it, that read “Sada Saubhagyawati Bhava” which means have a blissful life.

However, reports suggest that the classic red lehenga that the actress donned for her Sindhi style traditional ceremony is worth Rs 8.95 lakhs. 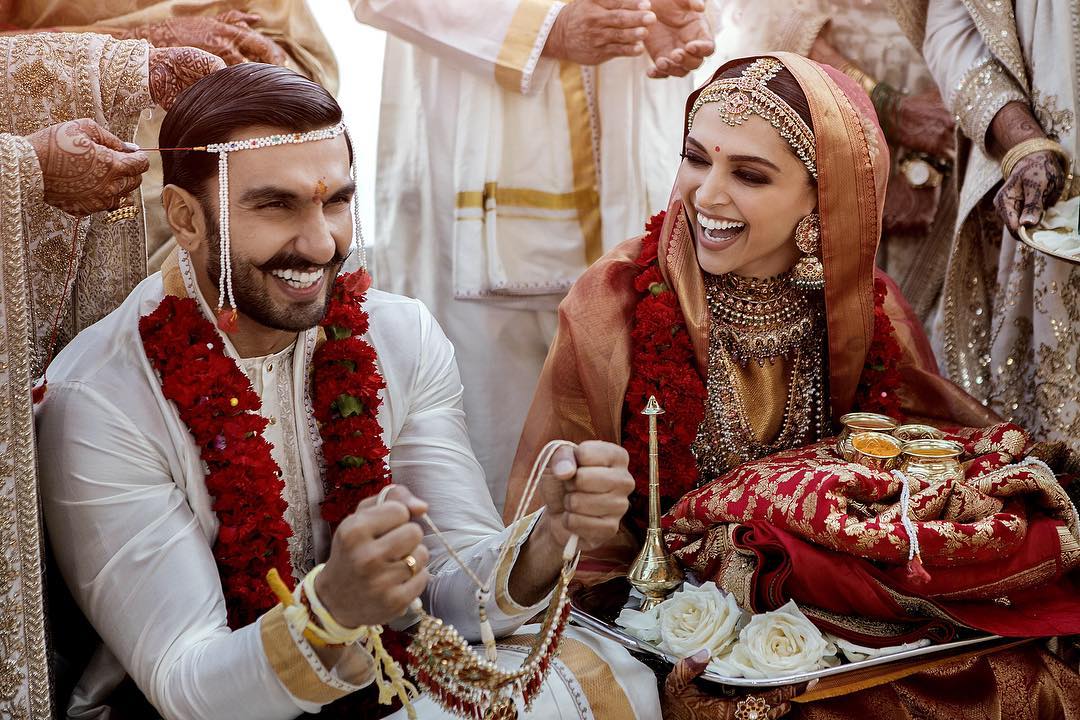 For their Konkani wedding ceremony, the two were dressed head to toe in Sabyasachi accoutre. Deepika was seen wearing a traditional red and gold ensemble while complimenting her was Ranveer who was sporting a crisp white and gold outfit.

ALSO READ: DeepVeer wedding: Check out the first pictures of the wedding here!

Reportedly, the couple spent around Rs. 2 crores for their wedding and had set up a makeshift Gurdwara within the Villa for the Anand Karaj. Buzz is that a priest was flown all the way from Amritsar to execute the Sindhi wedding ceremony.

Now that the couple’s big fat Italy wedding is complete, the two are expected to return to the country soon as there are dual receptions in store for them. While one will be held in Bengaluru on November 21 at The Leela, the other will be held a week later in Mumbai at The Grand Hyatt.