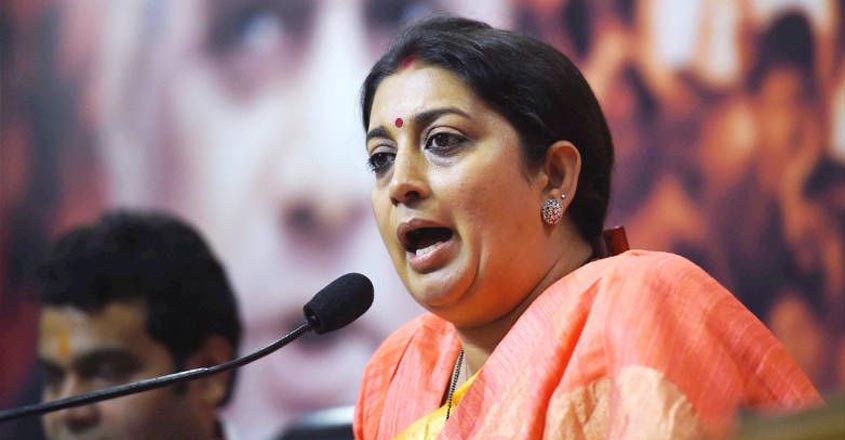 Bhopal: Union Minister Smriti Irani on Thursday launched a scathing attack against Congress and accused it of making low-level remarks against women.

Addressing a public rally at Bhopal’s Ibrahim Ganj area, Irani said, “On 28th when you will vote for BJP, you will vote for all those women who no more have to go for open defecation and have been benefited with the construction of toilets. You will vote against a Congress that considers women as just an ornament. The vote will be against the culture of Congress that makes low-level remarks against women.”

Campaigning for the candidate from the local assembly constituency, Smriti Irani also claimed that the Madhya Pradesh which was earlier leading a life of candles has been provided light by the development-oriented politics of Shivraj Singh Chauhan.

The state of Madhya Pradesh will go to polls on November 28 to elect 230 members of the legislative assembly.