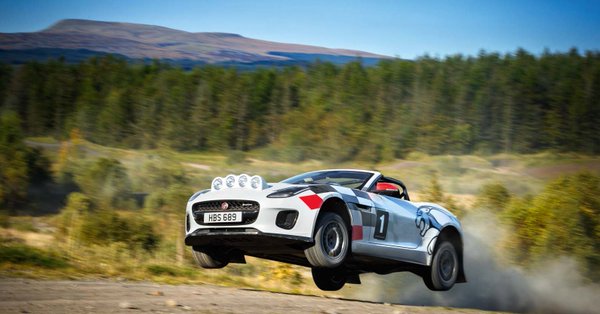 To mark the 70 years of its sports car heritage, Jaguar unveiled the F-Type Convertible rally cars to pay homage to the British company’s first sports car- the XK120- that was introduced in 1948. 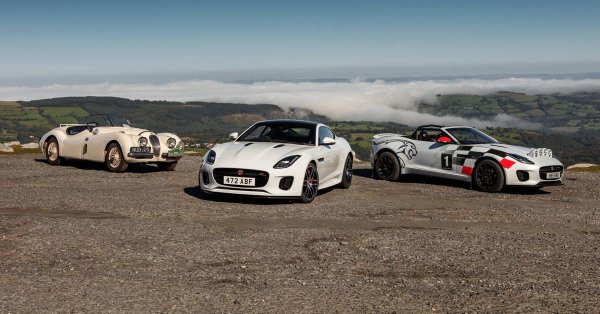 The cars reportedly meet the unspecified FIA homologation rules for rallying and are powered by a 2.0-liter turbocharged inline-4 engine generating a maximum of 300 hp.

The brakes, suspension and drivetrain of the car have been upgraded and include hand-built competition dampers and softer springs which enables the driver to tackle the rugged terrains with ease and efficiency. The three-way adjustable dampers allow them to be tuned for different surfaces. 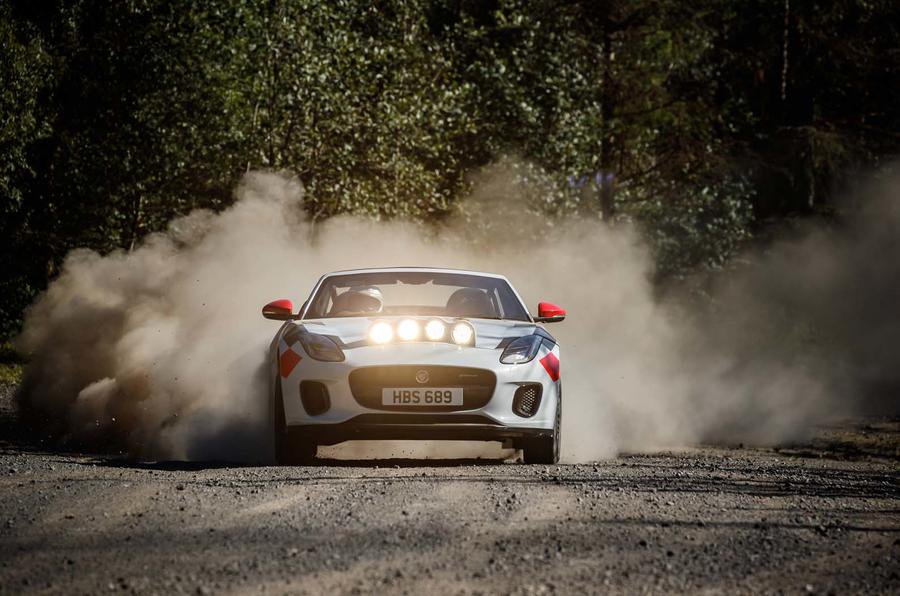 The power delivery on loose surfaces is improved by a limited-slip differential while a hydraulic handbrake with a carbon fiber grip helps drivers tackle hairpin bends.

A number of safety mods have been added to the rally cars, which include the FIA-spec racing seats with six-point harnesses, a roll cage, fire extinguisher and a hood-mounted light pod.

The XK120 achieved successes in various races and rallies, including the Pebble Beach Cup, Le Mans, the RAC, Tulip and Alpine rallies.

The British automaker hasn’t delivered any statements on whether the F- Type rally cars will be built for future competitions or not.