These amazing videos are NOT of Diwali celebration at naval base | Newsmobile
Friday, August 19, 2022

Diwali, the festival of lights is always celebrated with great enthusiasm in not just India but around the globe. And sometimes people go overboard during this festive season.

Just days after Diwali, few videos started doing rounds across social media. The post claims that the videos are of the ‘Diwali celebration at naval base Karwar.‘

I am really delighted and proud to witnessed #Diwali celebration at Karwar Naval Base, India@indiannavy@nsitharaman @DefenceMinIndia @narendramodi @PMOIndia pic.twitter.com/pP4V0FTjRC 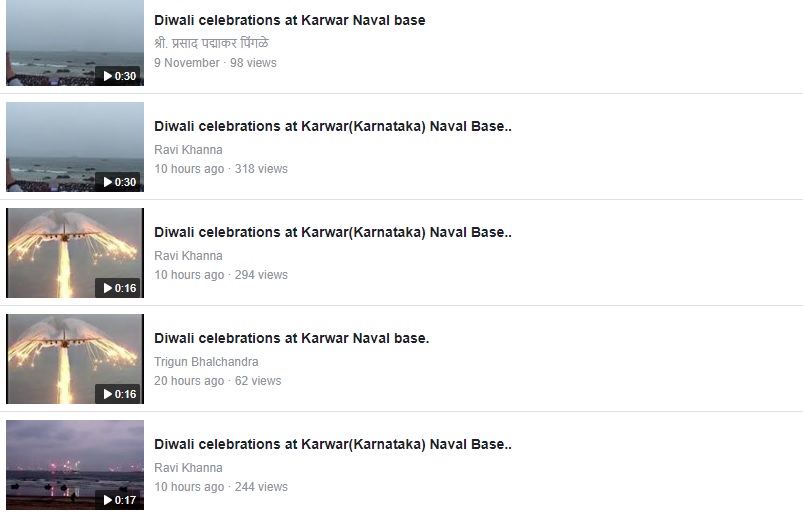 One of the videos in the post is of US Air Force plane Hercules C-130 flare test. The flare release is an anti-missile maneuver meant to confuse heat-seeking missiles. C-130 is popularly known as ‘Angel of Death.’

The other two videos are of the Indian navy demonstration during International Fleet Review 2016.

Illuminated warship at the coast is a maritime tradition known as ‘dressing up.’ The same demonstration was also performed during Navy day celebration on December 4.

The above videos clearly indicate that the videos are not of Diwali celebration at the naval base and post is fake.

Though we were able to verify three videos from various sources, we could not find any reliable source to verify the fourth video.