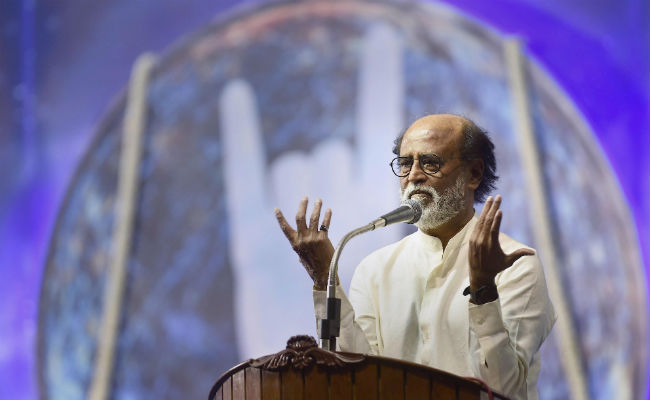 Chennai: While the opposition parties are coming together to dethrone the Bharatiya Janata Party (BJP) from power in the upcoming 2019 elections, Tamil superstar-turned politician Rajinikanth has stated that this notion may very well be true, given that’s what is being said.

During an interaction with the media on Monday, when a reporter questioned him whether BJP is dangerous, given all other parties are coming together against them, Rajini replied by saying, “That’s what they think. Then definitely that’s how it must be, right?” before walking away from the scene.

The recent comments by ‘Thalaiva’ only fuels speculation regarding his political future. He has been very vocal about getting into politics, and on December 31, 2017, had said that he will contest the 2021 state elections.

ALSO READ: The alliances that may shape election 2019

In September this year, there were reports that he may very well join BJP soon, with sources claiming that held a number of meetings with the party. According to the sources, Rajini held around seven meetings within the span of five days with the BJP stalwarts.

Led by Andhra Pradesh CM N Chandrababu Naidu, the opposition is trying to stitch together an alliance like that of 1996 United Front, according to Karnataka CM HD Kumaraswamy, or UPA 2004, according to CPI(M) leader Sitaram Yechury, in order to defeat PM Modi and BJP in the upcoming Lok Sabha polls.

Right from Congress President Rahul Gandhi to West Bengal CM Mamata Banerjee to DMK chief MK Stalin, Chandrababu Naidu has been holding meetings with all the political leaders who are ‘like-minded’ in the fight against BJP.

Though, the association of parties is yet to have a face, with AP CM ruling himself out of it. After holding a meet with MK Stalin last week, N Chandrababu Naidu said, “”I am bringing everybody to a single platform. From there, they we decide how to go further,” before adding that “I am not a face, I am only a facilitator.”