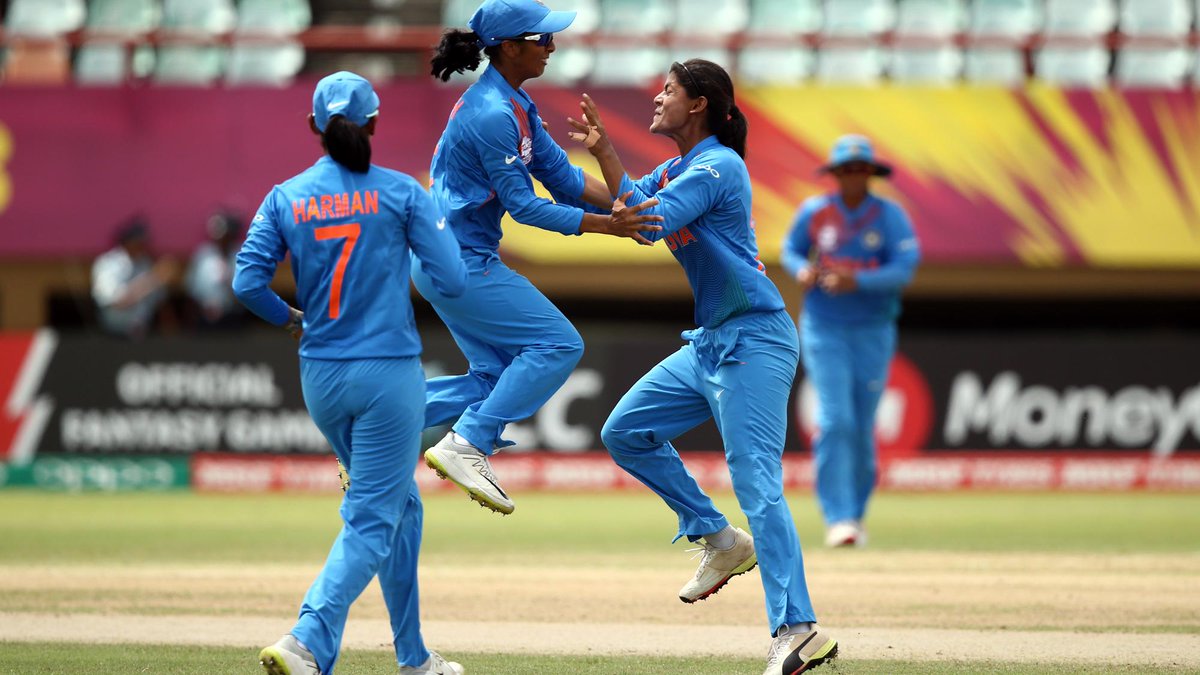 Indian women’s cricket team followed up their spectacular victory over New Zealand with another great performance on Sunday. They defeated arch-rivals Pakistan by seven wickets in the Group B match of the Women’s World T20 at the Providence Stadium in Guyana powered by brilliant half century by Mithali Raj.

After a steady 94-run partnership between Maroof and Dar, Pakistan managed to score a total of 133/7 in their 20 overs.

Pakistan lost three wickets in quick succession that made them struggle at 30 for three. But, Maroof and Nida brilliantly fought back, taking their team across the 100-run mark.

For India, Poonam Yadav and Hemalatha took two wickets each in their respective four overs while Arundhati Reddy managed to pick up only one wicket.

Chasing a decent target of 134 runs, India got off to a flying start. Both the openers managed to score a 50-run partnership in quick succession. Mithali Raj top scored with 56 runs while Smriti Mandhana played a decent inning of 26 runs.

Towards the end, Harmanpreet Kaur (14) and Veda Krishnamurthy (8) slammed some lusty blows to take India across the line.

For Pakistan, it was a very disappointing day as their bowlers couldn’t manage to defend the total. Nida Dar (1-17) was the most successful bowler for them.

With this win, India is now on top of the Group B points table. It will next face Ireland on Thursday.