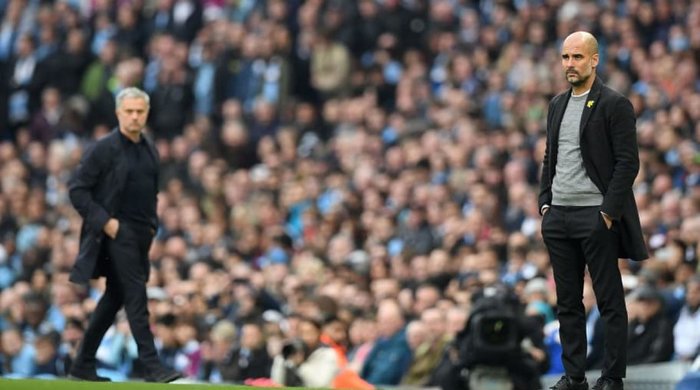 The Manchester derby is rightly known to be one of the most fierce rivalries in world football. It has certainly become more prominent over the last ten years and since then, we’ve witnessed multiple games between Manchester United and City that will surely go down in history.

With the latest to determine who has the bragging rights in the city coming up, we take a look at five of the best Manchester derbies in recent memory-

United were being tipped for the title once again in 2009 and City were expected to be mere challengers. In that expectation, both sides served up a game to remember forever.

Wayne Rooney scored for United to hand them a lead, but City refused to back down. A goalkeeping error say Gareth Barry draw level by placing the ball into an empty net.

The first half ended goalless, but Darren Fletcher rose up above everyone else, not once but twice to score two majestic headers from free kicks. Between those two goals was a Craig Bellamy screamer from 25 yards out. 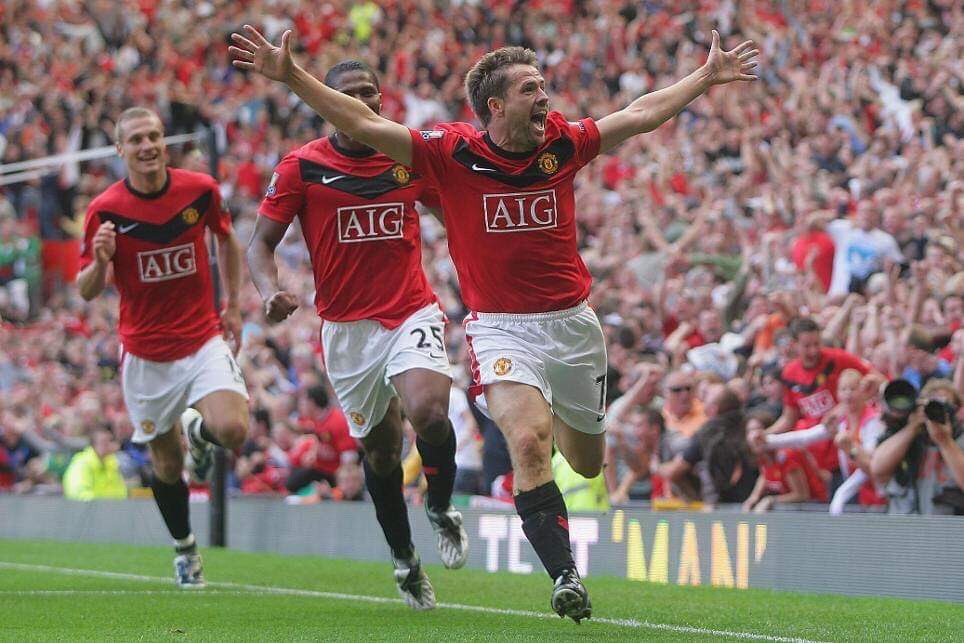 As City searched for an equalizer, a moment to forget for United legend Rio Ferdinand gifted City the leveller. With the game tied at 3-3, the tie went into stoppage time. The referee decided to play on despite the four minutes of stoppage being over because of the time that had been wasted.

United piled on the pressure and City defended for their lives. Sir Alex Ferguson was up on his seat, almost sensing a winner. City boss and United legend Mark Hughes stood, nervously asking the fourth official to end the game.

What better way for City to win the title than by beating their arch rivals at the Etihad while doing so. Rightly so, a win for Pep Guardiola’s men would have mathematically assured them the title in record time. With differing forms, the game proved to be a classic.

United fell apart in the first half. Goals from Vincent Kompany and Ilkay Gundogan meant that City had one hand on their title and the other coming inches close to it. United defended horrendously in the first half and nearly conceded more.

It seemed as though it was all over already and City had trounced their rivals from the Greater part of the city of Manchester. 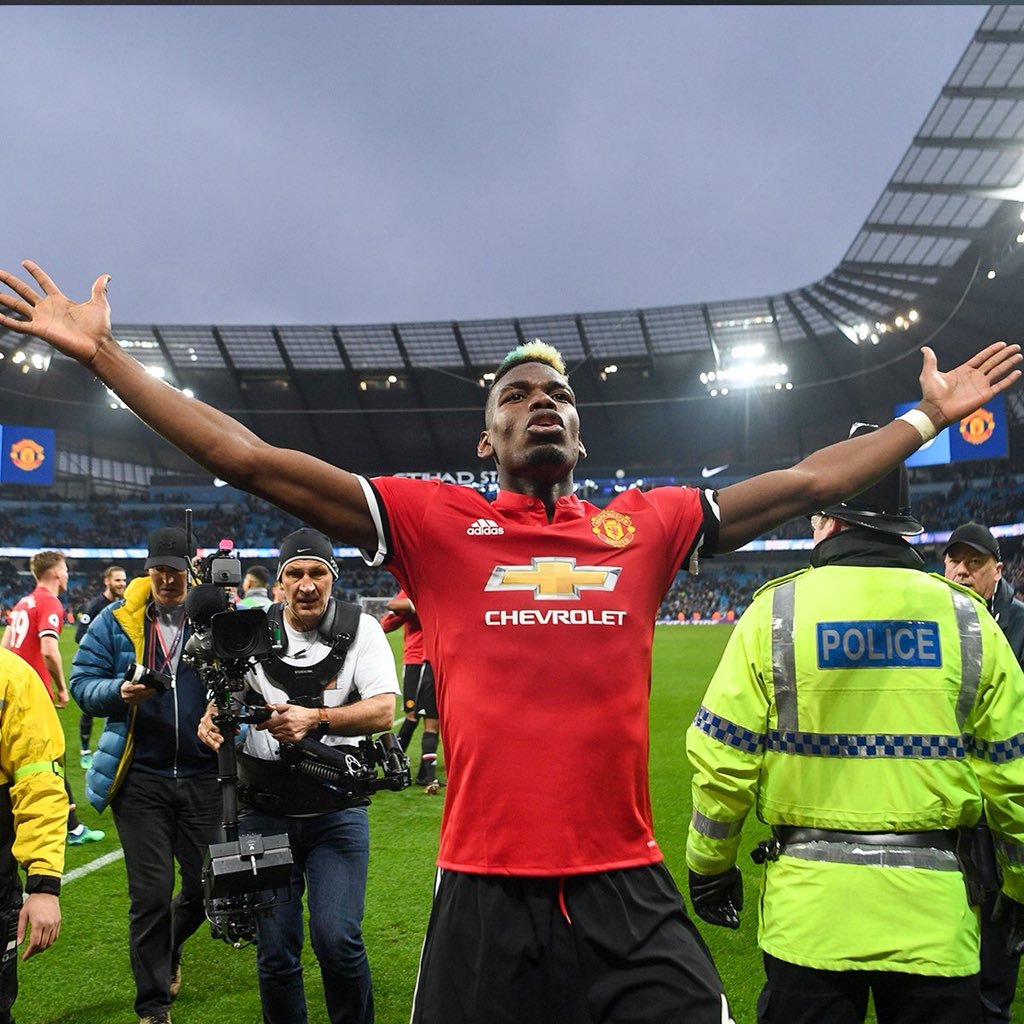 But Jose Mourinho’s resurgent men shocked the world. Out of nowhere, Paul Pogba pulled one back and to the amazement of many, minutes later, got the equalizer. City were left tottering on the edge, as United looked up for it once again.

As an Alexis Sanchez free kick drifted in, Chris Smalling toed United in front, sending the United fans into raptures. United held on and proved that while City can win the title, they can’t do it against them.

City did win the title, but they got a lesson to remember: Never count United out.

It was a day which finally suggested a shift in power in the city of Manchester. Table topping United had destroyed Arsenal 8-2 and had dominated Chelsea 3-1. But City were being touted to challenge United for the title, finally.

When City came to Old Trafford in October, they had a lot to prove.

Mario Balotelli scored in the first half for Mancini’s men, famously showing his ‘Why Always Me’ t shirt after scoring. As United looked to get an equalizer and their defender Jonny Evans was sent off, City struck back. It was Balotelli again. 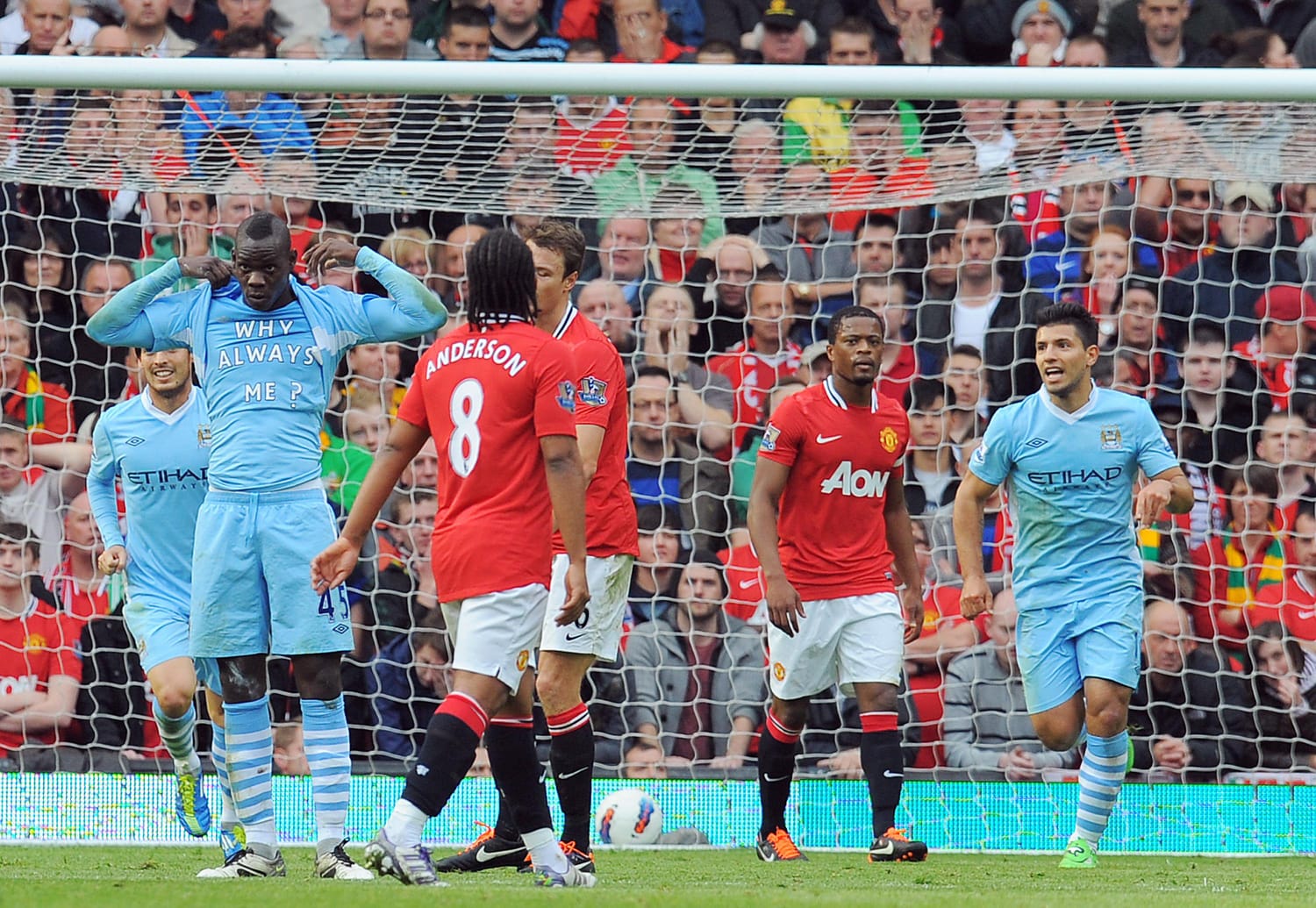 10 men United conceded a third soon after through Sergio Aguero, but a Darren Fletcher goal in the 81st minute gave some hope to salvage something.

United committed men forward and left themselves open at the back. They let in three goals in stoppage time and ended up recorded their worst defeat in the history of the rivalry.

After having lost the title in painful circumstances last season, United went to the Etihad to seek redemption. Robin van Persie, the man they had nicked away from City when he was leaving Arsenal had a lot to prove. United though, were out to prove that the dynamics of football in Manchester hadn’t changed.

And City were left with a mountain to climb in the first 20 minutes, as two lightning fast counter attacks saw Wayne Rooney make it 2-0 to United.

City showed signs of recovery and threw everything to comeback. David de Gea had to be at his best, until Yaya Toure pulled one back in the last ten minutes. Minutes later, City got the equalizer through Pablo Zabaleta. 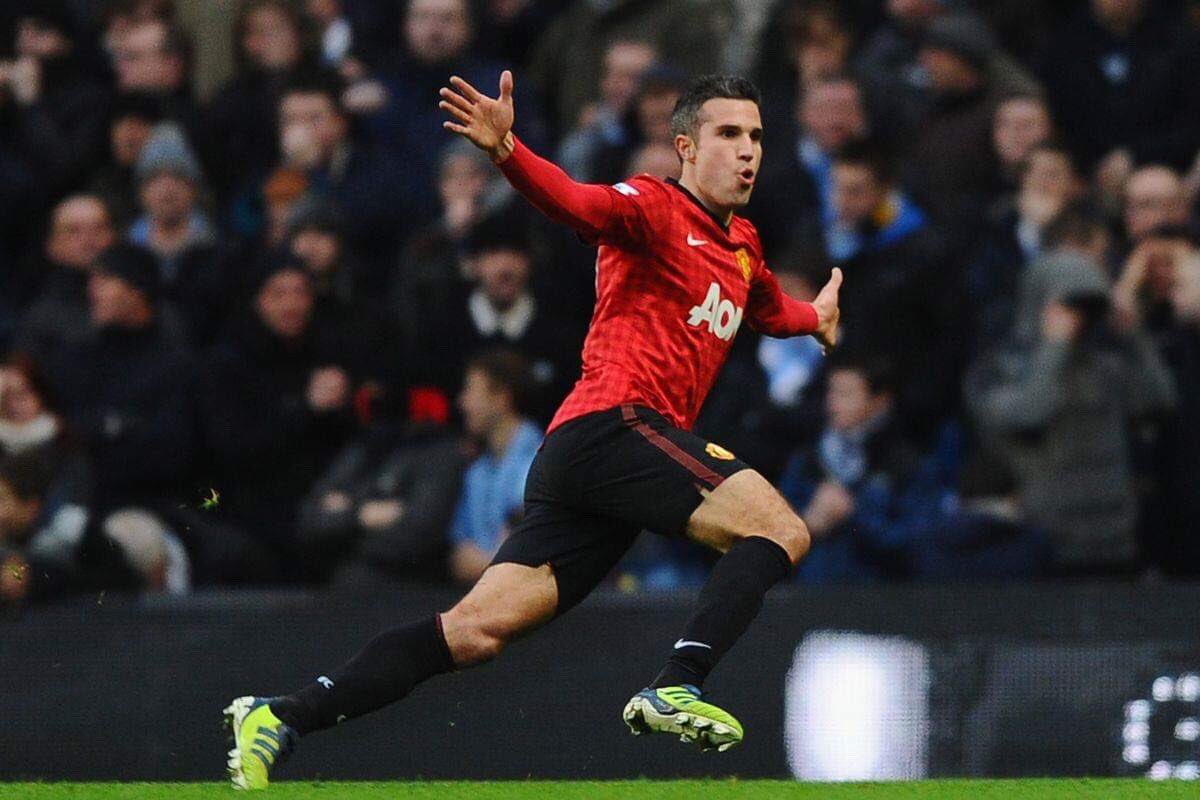 It seemed all over. The dust seemed to have settled. Until United got a free kick from about 28 yards out. Up stepped the man who had everything to prove. Robin van Persie.

And the Dutchman curled the free-kick in as it took a deflection, past City goalkeeper Joe Hart. United won the game in the 94th minute; in the trademark way. And went onto snatch the title back from City.

If there’s anything that this game will forever be known for, then it’s because of Wayne Rooney’s stunning overhead volley from the edge of the box.

With United looking to strengthen their hold on the title and dash any hopes that City would have of chasing them, Sir Alex Ferguson’s Reds hosted Roberto Mancini’s upbeat side at Old Trafford.

Nani handed United a lead in the first half, but City equalized through David Silva. With the minutes ticking on and City hoping to get a point, Wayne Rooney came up with one of the greatest goals in Premier League history. 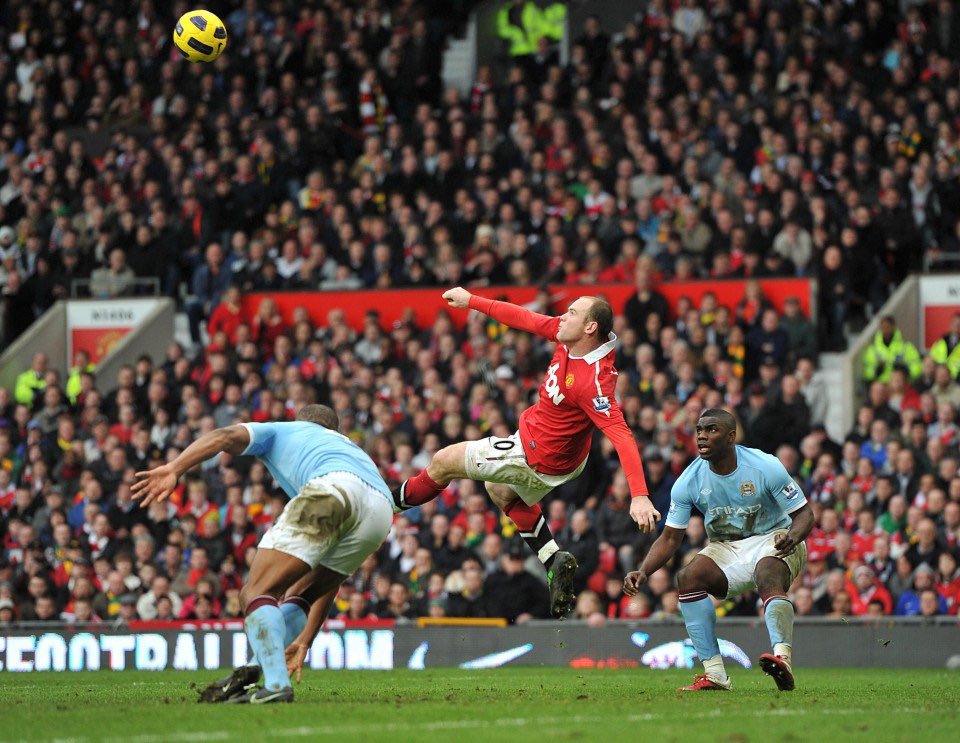 Nani’s deflected cross had met Rooney at the edge of the box and it was rifled into the top corner by the Englishman, who won the game for United.

At the back of a massive win over Juventus, United will head into the upcoming derby on Sunday at 22:00 IST, hoping they can pull off another unexpected result. But Jose Mourinho and his men will know that this task could be tougher than Juventus.