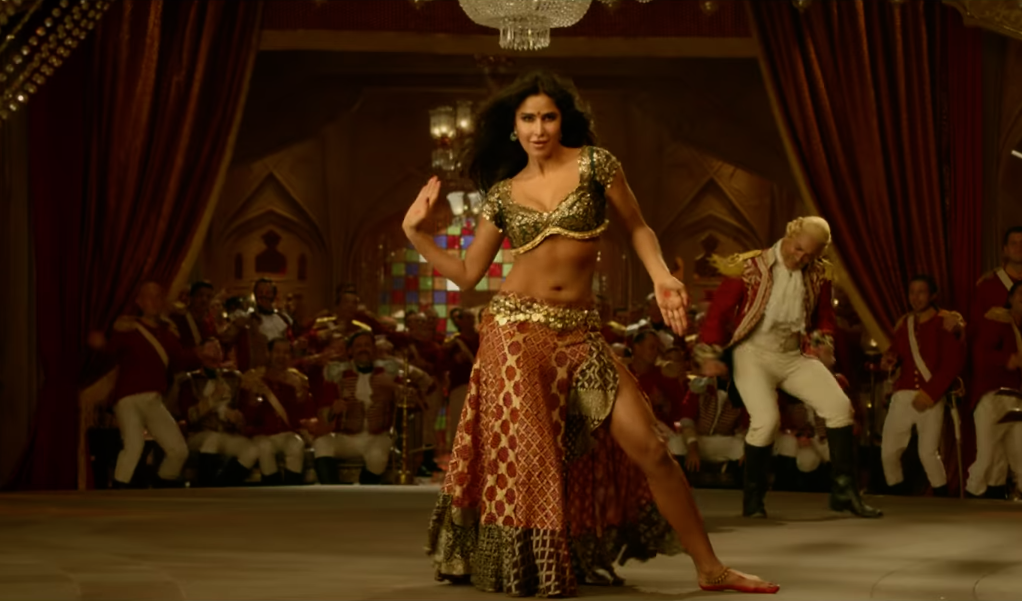 Katrina Kaif has been having a phenomenal year so far, with her featuring in two upcoming big movies. One is the Aamir Khan and Amitabh Bachchan starrer ‘Thugs of Hindostan’ and the other is Shah Rukh Khan’s ‘Zero’. Now, the diva has shared an incident from the sets of the former film.

Taking to Instagram, Katrina shared a behind the scene video from the film as she was shooting for the song ‘Suraiyya’. In the clip, she can be seen doing a rather difficult dance step that required a lot of energy and skill. Along with this impressive video, she also shared the backstory.

Speaking about this number, she disclosed that this step, in particular, was a challenge for her, which she had faced during rehearsals as well. Katrina spoke about how even after practising it many times, she was not entirely confident with it. So, this particular step was saved for the last day of the song shoot, which is when this video was taken.

This step was a bit tough to do beyond a point in rehearsals , I practiced a few times, the team explained me the technique but still it was tough to do repeatedly, so I really wasn’t confident of the step , so on the last day of the song shoot Prabhu sir asked me if I was ok to try doing the shot , and I wanted to finish the song knowing we had done everything he gave me to do , so we kept it for last shot of the song 💃💃

Meanwhile, the makers of the movie have been releasing behind the scene videos from the sets of the film on the regular. The latest one featured Aamir and Amitabh as the two sang praises for each other. Other than the two films, Kat is also working with Salman Khan once again for Ali Abbas Zafar’s ‘Bharat’.