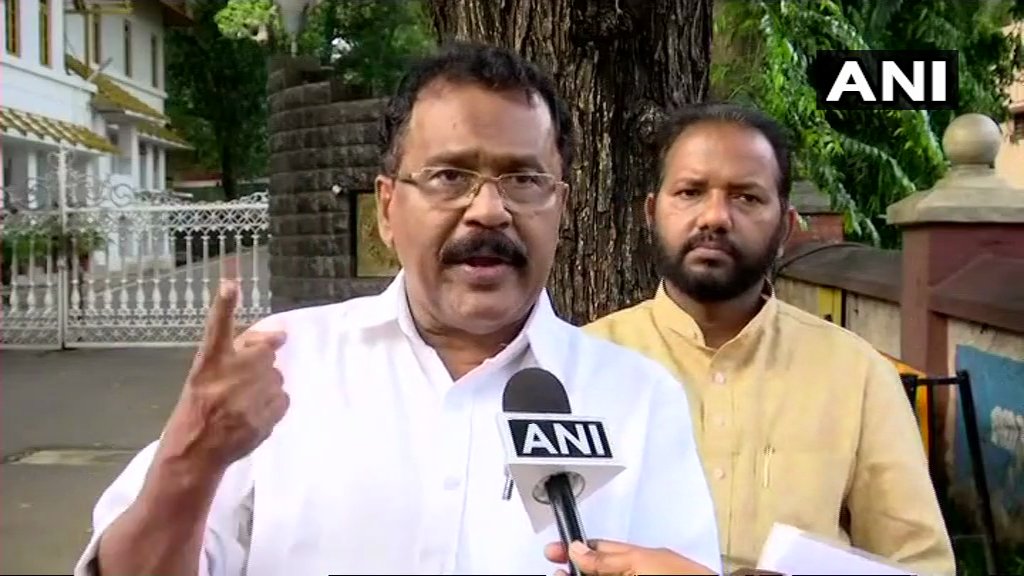 In a video clip aired by a Malayalam news channel, Pillai was seen boasting that Sabarimala temple chief priest had consulted him on closing down the shrine to block women below 50 last month. He said that the head priest was worried that this action would be seen as the contempt of court.

“So what? I am a lawyer also, he had taken a legal opinion from me, many CPM Ministers have also taken opinion from me and I have fought cases,” he told news agency ANI.

So what? I am a lawyer also, he had taken a legal opinion from me, many CPM Ministers have also taken opinion from me and I have fought cases: P. S. Sreedharan Pillai, BJP Kerala President on reports that #SabarimalaTemple head priest called him pic.twitter.com/6e3FPAS0h5

I only discussed that (closing the temple if women between 10-50 yrs of age come to sanctum sanctorum) matter with my family members & I did not discuss anything with the BJP chief of Kerala and I have nothing more to add to it: Kandararu Rajeevaru, #SabarimalaTemple chief priest pic.twitter.com/KyIY9OTAbA

On October 19, Tantri Kandararu Rajeevaru had threatened to shut the sanctum sanctorum if any women were allowed to reach the ‘Sannidhanam’.

The two women, then escorted by police, were brought back mere 500m from the shrine.

In September, in a landmark judgment, the Supreme Court had ended Sabarimala’s ban on women of a menstrual age or between 10 and 50 years.

The temple was open on Nov 5 for a day. The temple will be closed after the ‘Athazha puja’ on Tuesday Evening.