Venice, the ‘city of water’ submerged after rains leave it in deep waters | Newsmobile
Saturday, June 25, 2022

Venice, the city of water is submerged. As the country battles fierce winds and rain, which have taken the lives of 11 people, Venice, the epitome of beauty has been left in the midst of ‘deep waters.’ 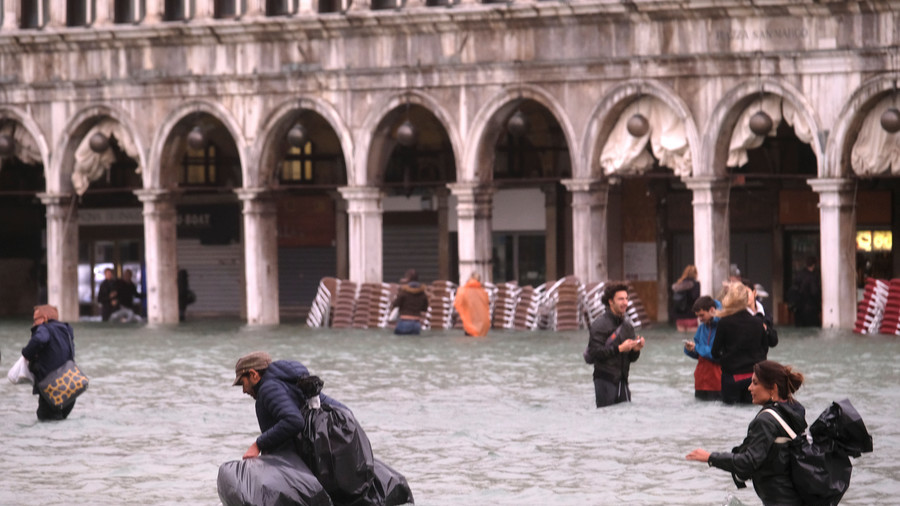 Schools and tourist sites have closed in several regions and people have been asked to refrain from moving outside.
In the city of canals, Venice, floodwater has been consistently rising, filling through its narrow walkways, lanes and streets. Officials have quoted that approx 75% of the city is now submerged.

Venice’s central St Mark’s Square was closed from Monday afternoon, after the water level reached ‘acqua alta’ (high water) of 156cm (5.1ft). It is the fourth highest level ever recorded.

And this isn’t limited to Venice alone.
Winds of up to 180km/h (110 mph) are reported, and two tornadoes ripped through the centre of the coastal town of Terracina, killing one person and leaving 10 others injured.

In the wider Veneto region, a man was killed when a tree fell on him. Other regions affected are the north-eastern border region of Alto Adige, also known as South Tyrol. 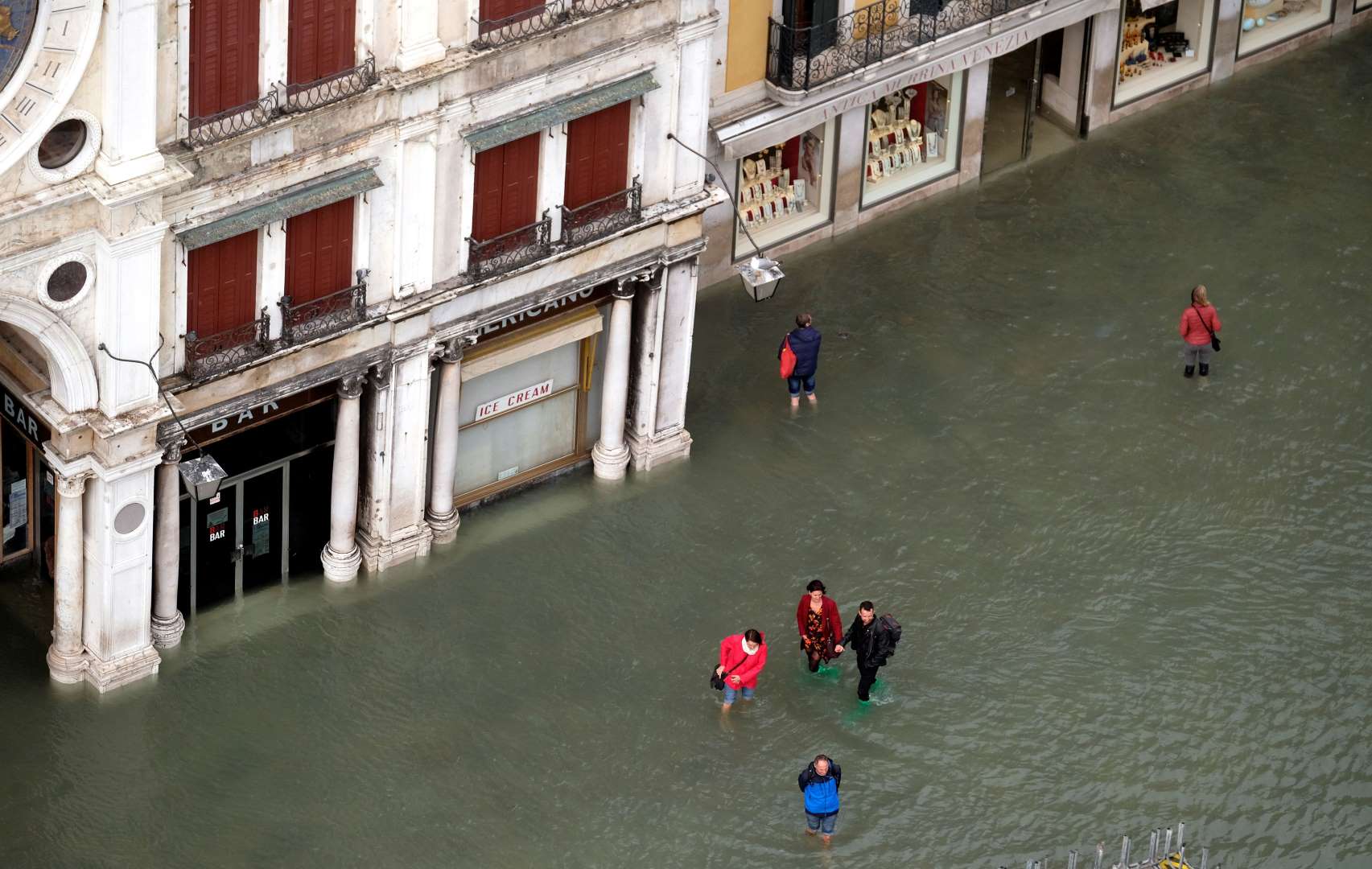 A man was found dead in Veneto and a woman was killed when her home was hit by a landslide. Other disheartening stories have also come forward where people and resources have been harmed massively due to the enormous weather trouble.
South of the beach resort of Rimini, a kite-surfer died when he was hurled against rocks.

Some of the worst conditions were reported on the west coast, particularly in Liguria in the north-west.
Further south, the coastal regions around Naples and Grosseto have also suffered major losses. The capital of Rome saw high speed winds rock its streets. 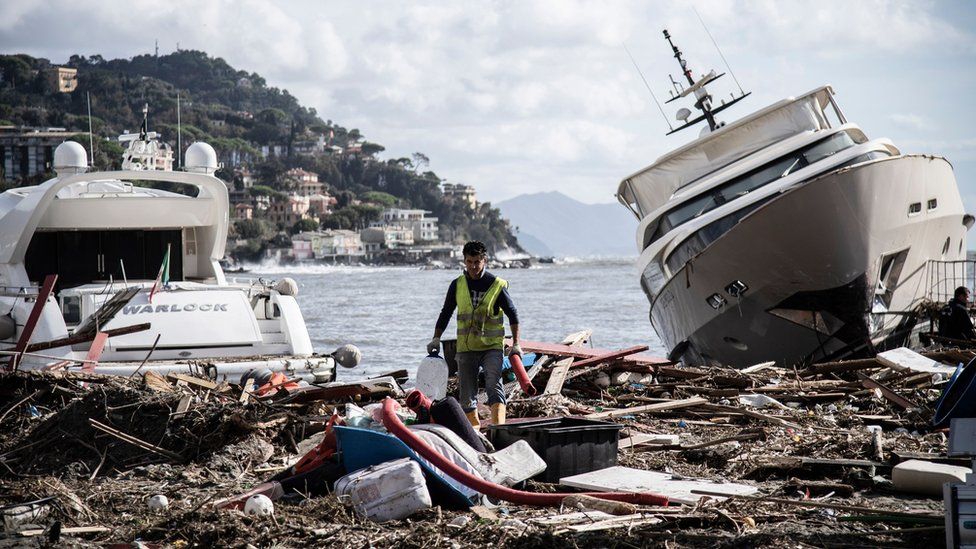 Roof tops in buildings got torn and in instances even flew away as helpless locals were left looking for shelter.
Meteorologists have warned that the bad weather spell will continue for a few more days. Transport and power supplies have been disrupted too.