Home Home Slider SC says green crackers ‘only’ for Delhi; may not be possible this... 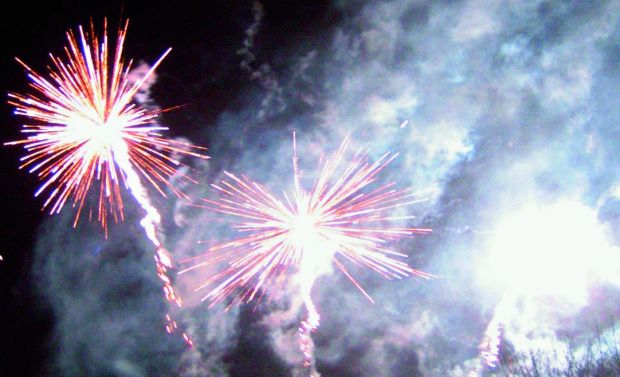 The Supreme Court on Tuesday said that its order for using ‘only’ green crackers on ‘Diwali’ was meant for the Delhi-NCR region only and was not meant for the other states. However, the manufacturers and the Delhi government feel it may not be possible to bring green crackers into the market this year.

A bench comprising Justices AK Sikri and Ashok Bhushan also modified its order fixing 8-10 pm for bursting firecrackers on Diwali and said the timing will be changed in places like Tamil Nadu and Puducherry but not exceed two hours a day.

On October 23, two weeks before Diwali, the apex court had restricted bursting of toxic firecrackers and allowed only ‘green firecrackers’ on Diwali. It had also fixed timings for the bursting cracker on various festivals as well as Diwali (8 pm to 10 pm).

The apex court was hearing several applications filed by the Tamil government and firecracker manufacturers seeking modification and clarification of its October 23 order.

On Monday, the Tamil Nadu government had filed a plea to allow people in the state to burst firecrackers on Diwali morning in accordance with religious practices, besides the already permitted 8 pm to 10 pm period.

The counsel appearing for firecracker manufacturers told the court that it was not possible to come up with green crackers this Diwali since there was no set composition for manufacturing them.

Though green crackers have been manufactured but have yet to clear for safety checks. The crackers have been developed by the National Environmental Engineering Research Institute (NEERI) of the Council of Scientific and Industrial Research (CSIR), Environment Minister Dr Harsh Vardhan said while speaking to reporters.

“Obviously, they will not be available for this Diwali. But once granted licence by PESO, factories like those in Sivakashi will begin manufacturing and these will be available for use on all occasions including weddings throughout the year,” the minister said.

Once safety check is done by the PESO, the manufacturers can go ahead with the production of green crackers.

In 2016 and 2017, the Central Pollution Control Board (CPCB) had found presence of high levels of toxic elements like barium and aluminium in Delhi’s air a day after Diwali.

The new technology, according to Dr Harsh Vardhan, will have 20 to 30 per cent less particle pollutants.

Several highly toxic elements used in conventional fireworks like potassium nitrate and sulphur have either been reduced or replaced in the new technology, he added.

He added that while manufacturing techniques will remain the same for the factories, the cost of manufacturing in case of green fireworks will come down by 15 to 20 per cent.