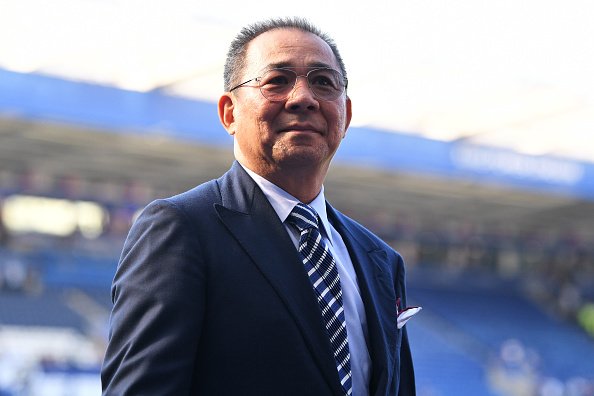 Leicester City chairman Vichai Srivaddhanaprabhawas confirmed to be among the five killed in the helicopter crash following his team’s Premier League draw against West Ham United.

“It is with the deepest regret and a collective broken heart that we confirm our Chairman, Vichai Srivaddhanaprabha, was among those to have tragically lost their lives on Saturday evening when a helicopter carrying him and four other people crashed outside King Power Stadium. None of the five people on-board survived,” a statement from the club read late Sunday (local time) night.

Srivaddhanaprabha had written himself into Leicester folklore as he oversaw the fairytale success of the 2015-16 season, as the Foxes defied 5000-1 odds to be crowned champions of England.  The Thai billionaire had bought the club in 2010 for 57 million.

“In Khun Vichai, the world has lost a great man. A man of kindness, of generosity and a man whose life was defined by the love he devoted to his family and those he so successfully led. Leicester City was a family under his leadership. It is as a family that we will grieve his passing and maintain the pursuit of a vision for the club that is now his legacy,” the statement added.

Srivaddhanaprabha, two members of his staff identified as Nursara Suknamai and Kaveporn Punpare, pilot Eric Swaffer and passenger Izabela Roza Lechowicz were confirmed by Leicestershire Police to be dead in the tragedy.

Leicester’s Tuesday League Cup clash against Southampton and the development squad fixture against Dutch outfit Feyenoord in the Premier League International Cup on Tuesday have been postponed in light of the incident.