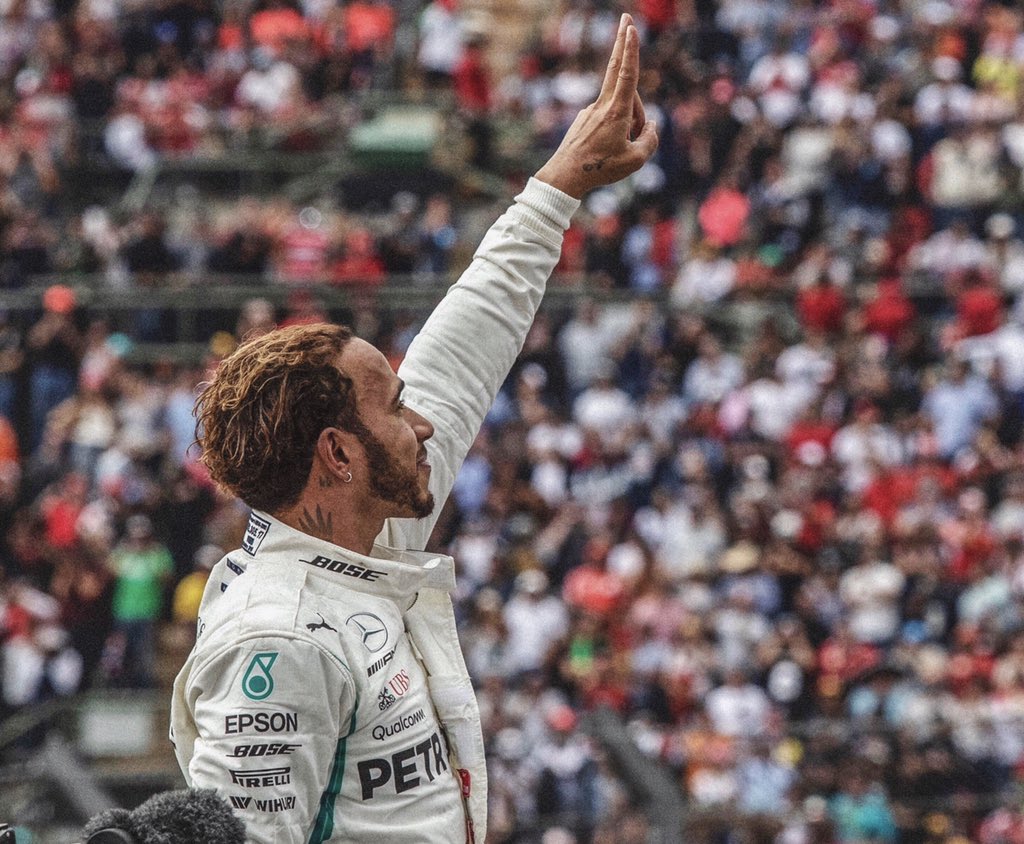 Becoming only the third racer in history to have five world titles to his name, Hamilton now lies within a touching distance of equaling German Michael Schumacher’s record of seven crowns.

The third member of a very special #F1 club 👀

“It’s a very strange feeling right now. I’ve been with Mercedes since I was 13, to complete this, when Fangio has done it with Mercedes, is an incredible feeling. It’s a bit surreal at the moment,” Formula 1 quoted Hamilton as saying.

Hamilton was challenged for the majority of the season by Ferrari’s Sebastian Vettel as the German chased a fifth championship title of his own. However, following Vettel’s victory in the Belgian Grand Prix in August, Hamilton won four out of the next five races to establish a 70-point lead at the summit.

With three races to spare, the 33-year-old needed a seventh-placed finish or better in Mexico’s Autódromo Hermanos Rodríguez circuit to seal the championship.

21-year-old Dutch racer Max Verstappen clinched his fifth career race win on the day with clinical driving that reflected his growing stature and bright future. Vettel’s second-place finish was not enough to mount a late challenge for the title, finishing ahead of Finnish teammate Kimi Raikkonen to consolidate the podium spots.