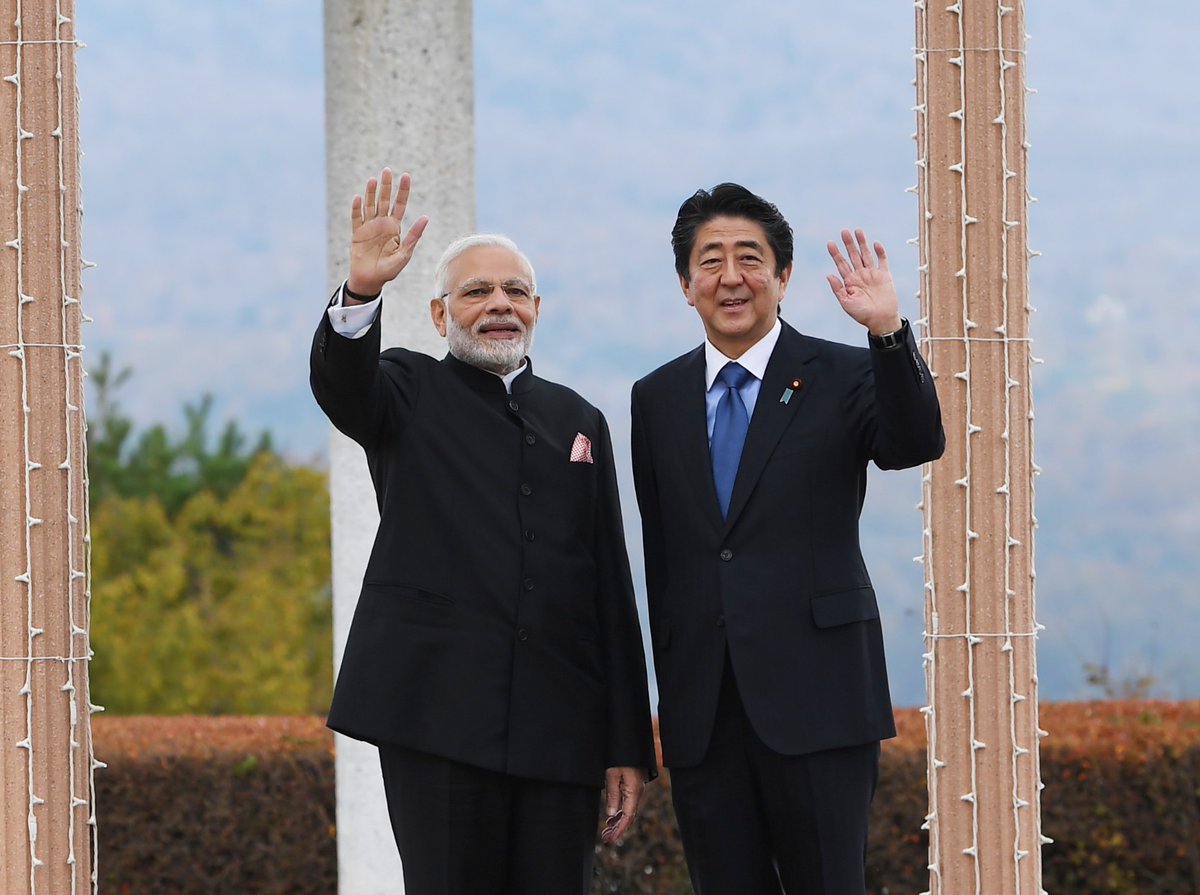 After arrival, Prime Minister Modi visited Yamanashi Prefecture, located in the foothills of Mount Fuji, before joining Abe for an informal lunch which was held in his honour at the hotel with the mountain in the backdrop. 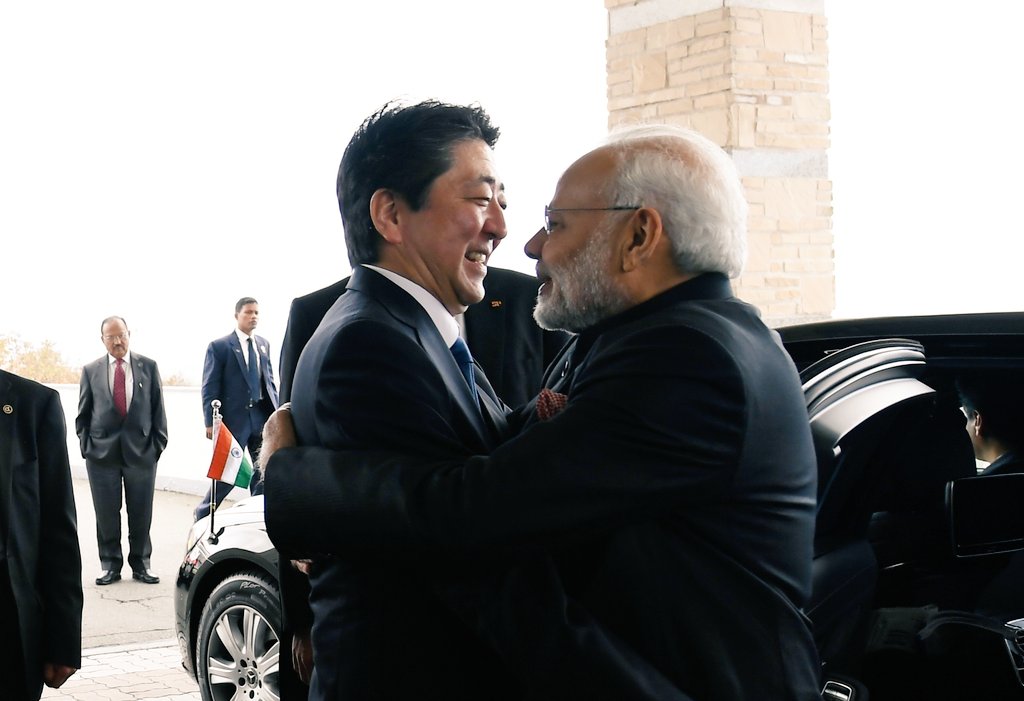 After the lunch, the two leaders took a stroll around the hotel. They will be visiting a leading manufacturing company of factory automation system in the prefecture. Abe will also take the Prime Minister to his personal home in Yamanashi for a private dinner. This will be the first time a foreign leader will be visiting Abe’s second home. The two leaders will return to Tokyo by train.

Prime Minister Modi, who arrived in Tokyo on Saturday for his official two-day visit, is scheduled to take part in the 13th India-Japan Annual Summit.

During the summit, progress in India-Japan ties will be reviewed, Ministry of External Affairs (MEA) spokesperson Raveesh Kumar had earlier informed on Twitter.

PM @narendramodi and Japanese PM @AbeShinzo take a stroll in the garden. Ties that are as warm and natural as the personal chemistry between the two leaders. pic.twitter.com/jcc6LDbtI2

Kumar had also tweeted that efforts would be made to deepen strategic dimension between the two nations during the annual summit between Prime Minister Modi and Abe.

The leaders are expected to hold wide-ranging talks in strengthening collaboration in key areas such as Defence, security, Indo-Pacific cooperation and technology during the summit.

In Tokyo, Prime Minister Modi will also address members of the Indian community on October 29 before commencing his official engagements. The Prime Minister will meet several Japanese business leaders and address the India-Japan business forum. 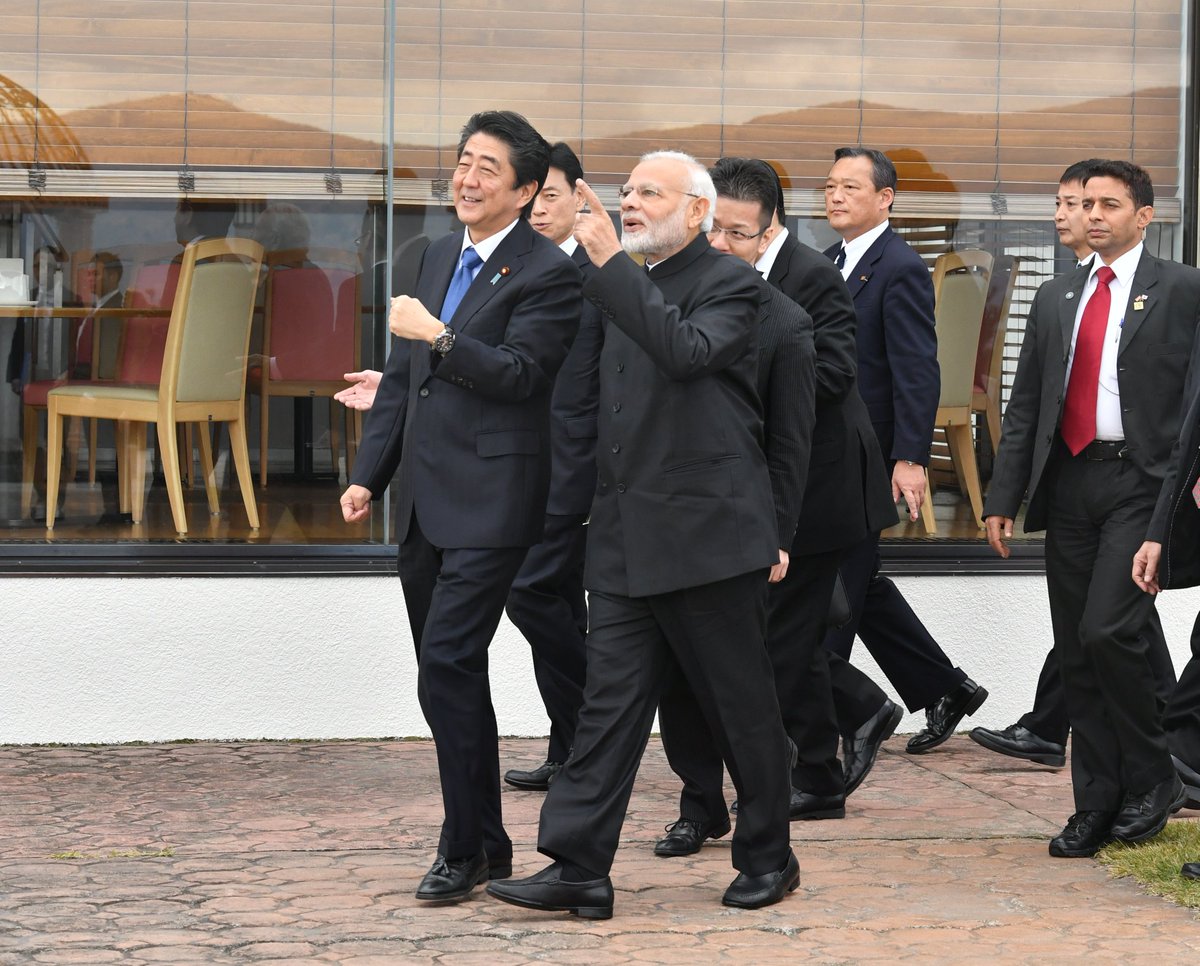 After that, delegation-level talks will be held which will be followed by an exchange of documents and press statements. Later, an official banquet for the Indian delegation will be held by Abe. Prime Minister Modi will then leave for India in the evening.