This movie is just like its theme song ‘Kem cho’ that runs in the background .. all about money, peppy and groovy. And just as promised in the trailers, it offers thrills and entertainment.

The story revolves around a powerful businessman Shakun Kothari (Saif) who likes to play it hard and fast by manipulating the stock market and an ambitious trader Rizwan Ahmed( Rohan Mehra) who idolises Kothari and wants to make it big. 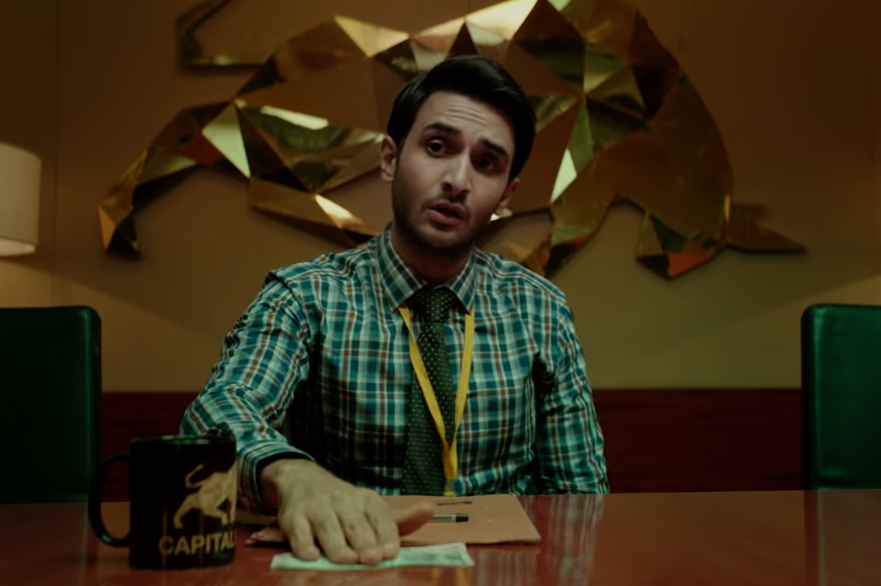 The movie begins with a simultaneous introduction to both lives in a flashback format. There’s no dearth of pace or style right from the beginning.

The big bad world of stock trading, speculating, information-based deals, Sebi keeping a track of manipulations, profits and losses worth hundreds of crores, flashy lifestyles, sky-high ambitions, lots of greed .. it all makes for a very potent combination.

Nikhil Advani writes a very interesting and saleable screenplay along with Parveez Sheikh and Aseem Arora. I say saleable because it has all the above ingredients for a typical masala entertainer.

Director Gauravv Chawla makes a thoroughly entertaining movie which did not slacken or meander anywhere. At every turn, we were curious to know what’s around the corner. To that effect, editors Maahir Zaveri and Arjun Shrivastav deserve a credit too.

The pace and the twists made sure that we can term it as a thriller. 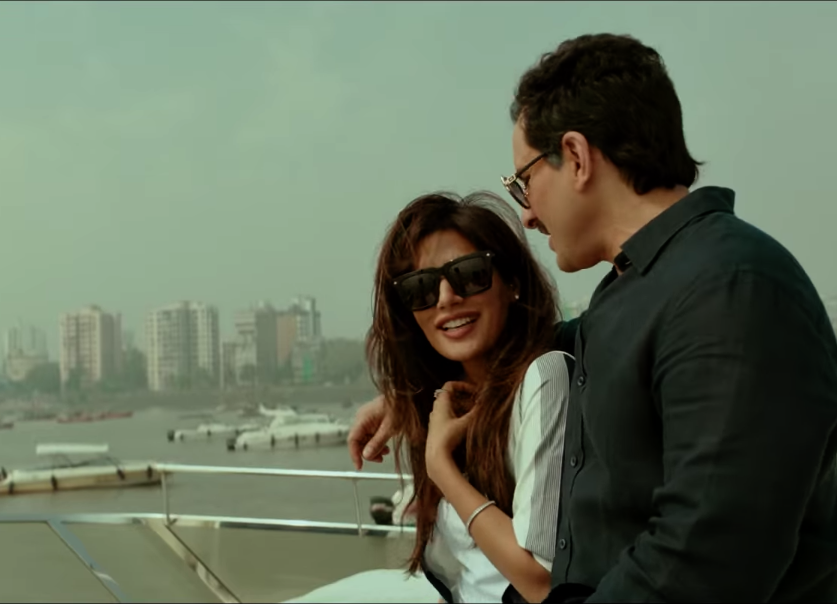 The cast was definitely a great addition to the team efforts.

Saif was superb as the suave, confident, aggressive and ruthless man. The way he added the touch of grey to his character was marvellous. With his silver streaks and mature portrayal, he seemed nothing short of being described as aged wine. Wish he had worked upon his gujju accent though.

But he deserves admiration for the varied choices of his characters and scripts.

Rohan Vinod Mehra makes a great debut. I found his performance very confident and subtle for a debutante. His portrayal of naivety, ambition and aggression was great. He has these naturally good looks without looking over the top chocolatey or brawny.

Radhika Apte is picture perfect as this uber sassy stock trader. She’s just superb in whatever she does. Its impossible to say anything less about her.

Chitrangadha looks great as Kothari’s wife. But her accent always stands out like a sore thumb.

Songs were melodious and peppy. Sometimes they seemed unnecessary but you wouldn’t mind them as they always had a story going forward in the picturization.

The movie might seem a little heavy on the stock market nitty gritty, manipulations and speculations but just like stock trading, its high on adrenaline, ups, downs and double crosses.

It’s a big bad world out there, more about ambitions and less about morals. And that’s what makes it an entertaining and thrilling watch.