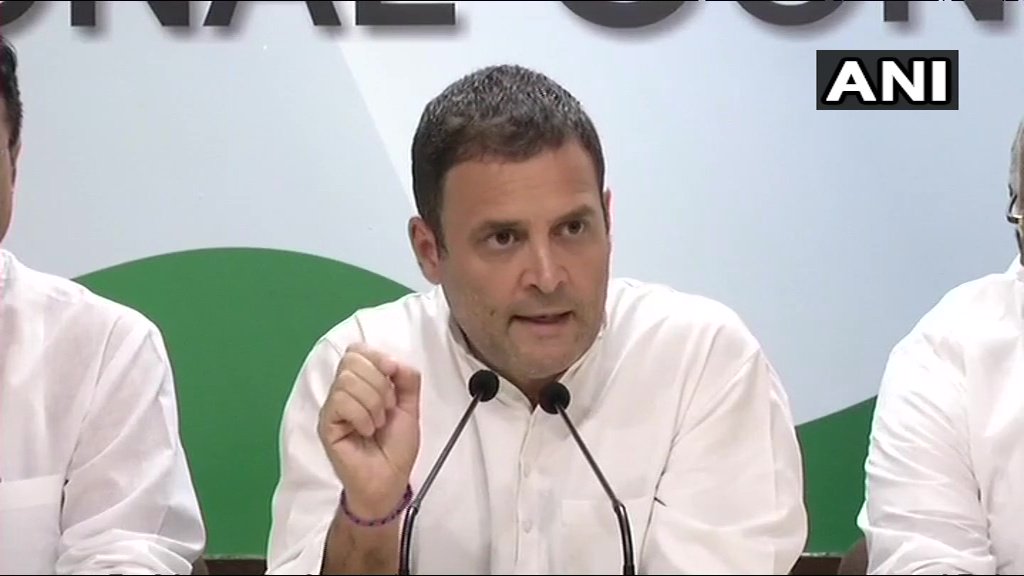 Talking about the removal of CBI chief Alok Verma, Congress president Rahul Gandhi on Thursday said that the action on CBI director is illegal.

“Appointment & removal CBI director is done by a committee of 3 people – PM, CJI and Leader of Opposition. But at 2 AM in the night, the CBI director was removed. This is an insult to the constitution, an insult to CJI, insult to people of India and is illegal & criminal,” he said in a press briefing.

He further alleged that not just Verma was removed because of Rafale but the government also tried to tamper with the evidence, he said, ” CBI Director was not only removed, his room was sealed. The incriminating documents that were with him were taken away and that is why the work was done at 2 AM. Not only the Director is being removed, but efforts are also made to suppress evidence.”

Dassault in a statement refuted any speculations of wrongdoings in the Rafale deal. Talking about that, he said, “Do you realise what happens to Dassault if they say anything other than what the government wants? The then president of France Hollande was the person who signed the deal with the PM. Hollande understands what is what. Prior to Dassault’s statement, our Defence Minister went to its factory.”

Responding to Gandhi’s allegations, Union Minister Prakash Javekar said that Indian citizens are more mature than Rahul Gandhi. He lives in a hallucination. ” That the CBI director was sent on leave because he was inquiring on Rafale is an utterly fallacious & malicious lie. Congress & Rahul Gandhi say this because they think they have lost their chance to pocket commission in this defence deal through their friend Sanjay Bhandari, ” he said.

Meanwhile, a CBI spoke person told ANI that Alok Verma will continue as CBI Director while Rakesh Asthana will also continue as Special Director. M Nageshwar Rao to look after duties & functions of the CBI Director in the interim period till the time CVC looks into the allegations.

Also according to reports, a Supreme Court bench headed by CJI Gogoi will hear on Friday hear the pleas filed by CBI director Alok Verma and an NGO against the government’s order sending him on leave and relieving him of charge as CBI Director.