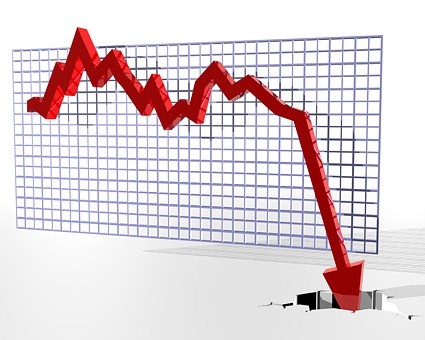 The benchmark indices ended on a six month low on Tuesday on a weak rupee and global sell-off. The Sensex ended at 33,847, down 287 points, while the broader Nifty50 index settled at 10,147, down 98 points.

The rupee slipped to 73.82 per dollar in intra-day trade, up from its previous close of 73.56 per dollar due to steady capital outflows and strengthening of the American currency.
ALSO READ: Paytm assures that consumer data is safe, after founder’s data is stolen
Among individual stocks, Asian Paints fell 4.8 per cent lower to Rs 1,142.45 on the National Stock Exchange, after the company reported 14.4 per cent fall in second-quarter profit.

Crude prices fell to around $79 per barrel adding to the negative sentiment. Meanwhile European stocks fell to their lowest levels in almost two years as geopolitical tensions surrounding Saudi Arabia as well as Italy dominated cues.