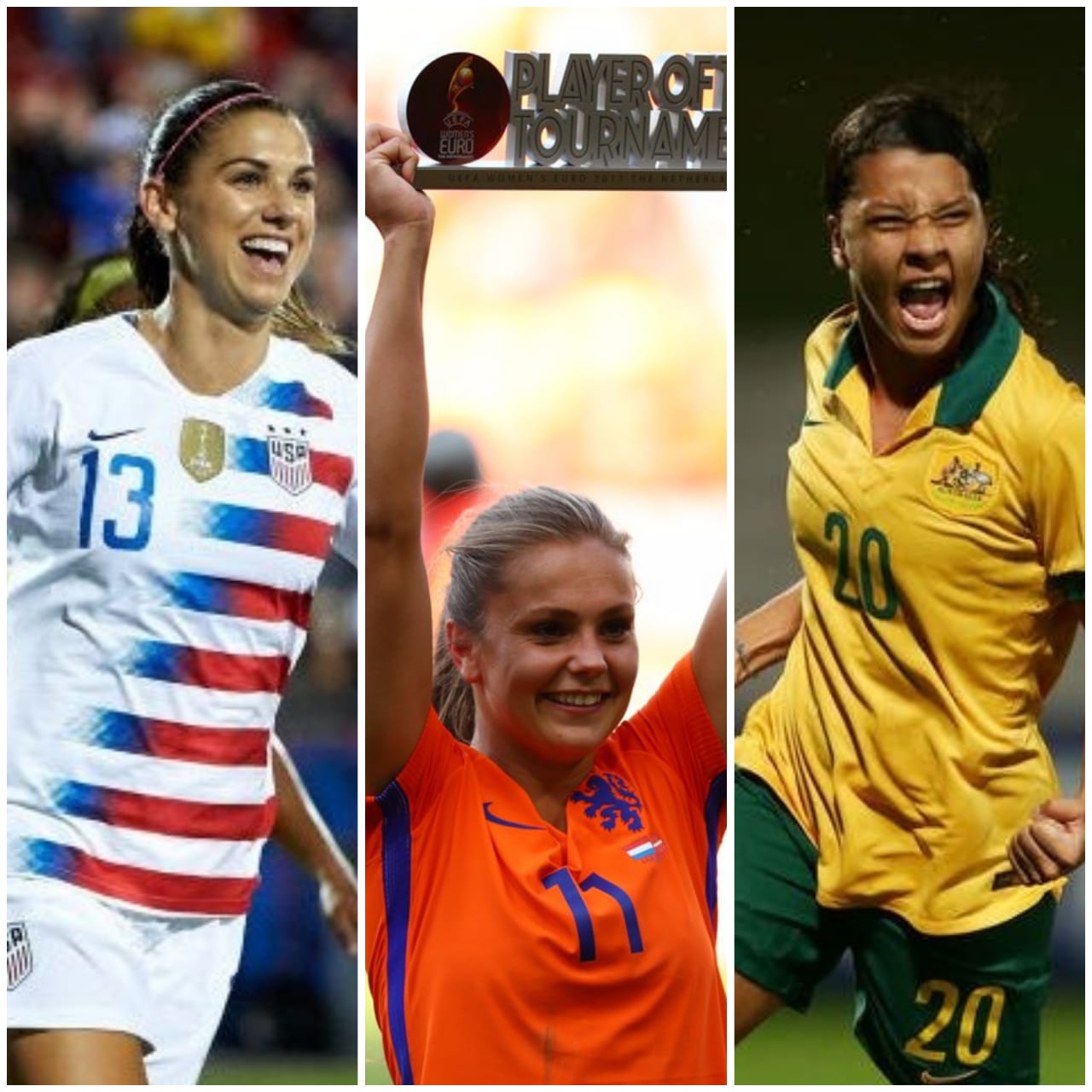 With every passing day, football is becoming more inclusive than it ever was. Increasingly, women’s football is fast catching up with mainstream football and is soon set to be as loved and followed as the men’s game.

UEFA and FIFA have separate prestigious awards for females who play the game and the media coverage for Women’s Football is only increasing. Many women football players have become a household name in the inner circle of football fans.

Here are the top ten female footballers in the world right now.

The only footballer who has captured as much spotlight as the likes of Alex Morgan, Hope Solo and Carli Lloyd, Marta probably gets better with age. 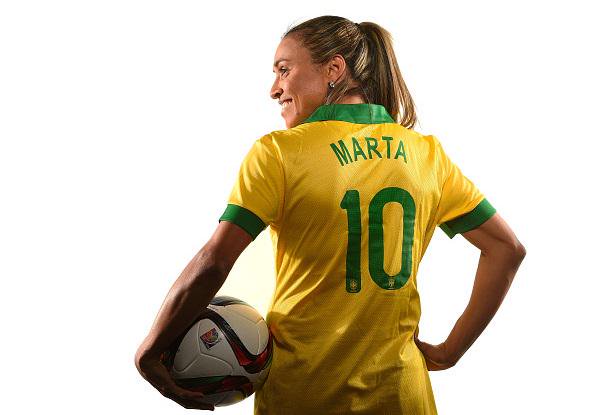 Currently 32, Marta won the FIFA Best Player of the Year Award recently, two years after finishing third in the race for the crown in 2016. She won the accolade five times in a row from 2006 to 2010 and has finished as a runner up four times over the past 15 years. Highly regarded as one of the greatest women’s footballers of all times, Marta won the Sudamericano Femenino for Brazil earlier this year.

She currently plays for Orlando Pride in the United States and has already scored 17 times in 31 appearances for them since joining in 2017.

Arguably one of the best Women’s football icons of the modern era, Martens has achieved more than a vast majority of footballers at the mere age of 25. 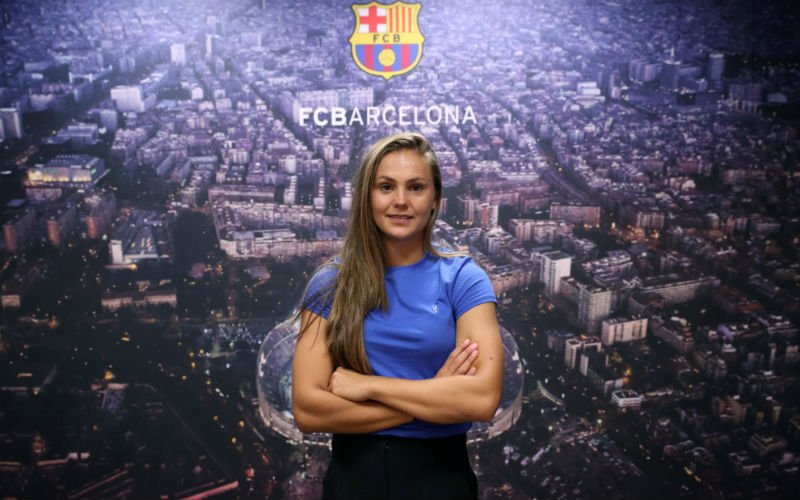 She has already made 90 appearances for the Dutch women’s national side, scoring 38 times. She famously guided her nation to a Euros triumph last year as she scored in the final of the tournament. That saw her win the Women’s FIFA and UEFA Player of the Year award in 2017.

One of Barcelona’s most important players, Martens joined the Catalan giants in 2017. She helped her club to the Copa de la Reina del Futbol title earlier this year and helped the side win the Copa Catalunya last year.

Probably the best women’s footballer in Germany today, Marozsan was born in Hungary and is Hungarian by origin, but has made 86 appearances for the Ladies Die Mannschaft outfit. 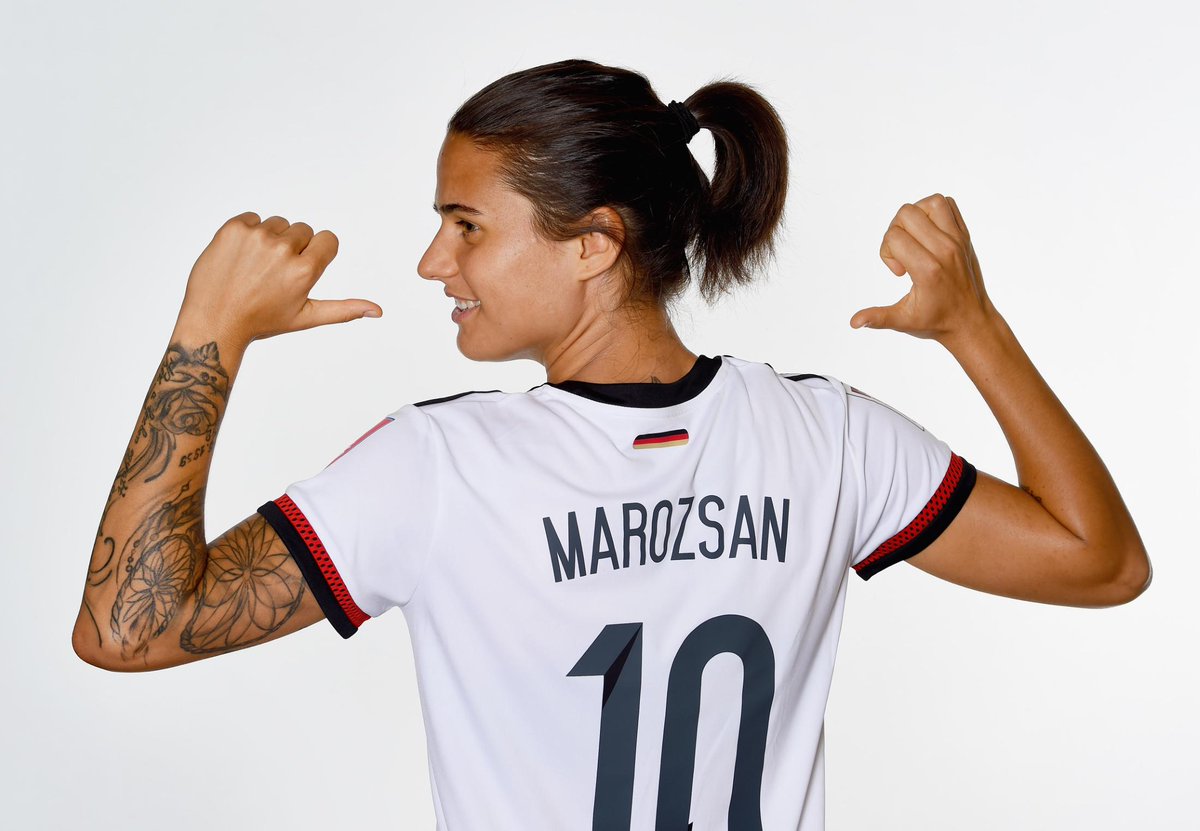 She has helped her club Lyon win the Champions League, the French cup and the French league last year and despite being a midfielder by trade, she has scored ten times in 30 appearances for the club.

Famously enough, Maroszan captained unified Germany to their first Olympic gold medal in Rio 2016, four decades after East Germany’s mens’ side had achieved the feat in 1976.

Arguably one of the best strikers in Women’s football right now, the 25-year-old Kerr is an Aussie by nationality but currently plays in the United States’ National Women’s Soccer League side Chicago Red Stars. 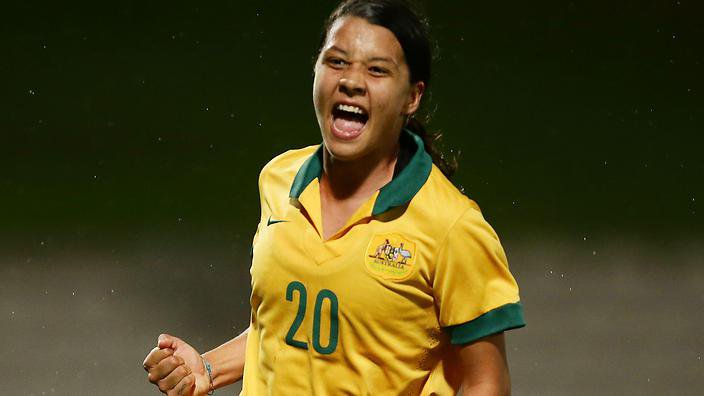 The striker is one of the best players of all times in the NWSL as she became the highest scorer in the history of the competition last year by grabbing her 43rd goal. Kerr notched up her first hat-trick for the national side when Australia picked up a 4-2 win over Japan in her country’s march towards winning the 2017 Tournament of Nations.

The 26-year-old Bronze currently plies her trade with French giants Olympique Lyon and has made about 60 appearances for the English senior national side already. A defender who joined Lyon from Manchester City last summer, Bronze has played for Liverpool and Everton, after leaving Sunderland in 2010. 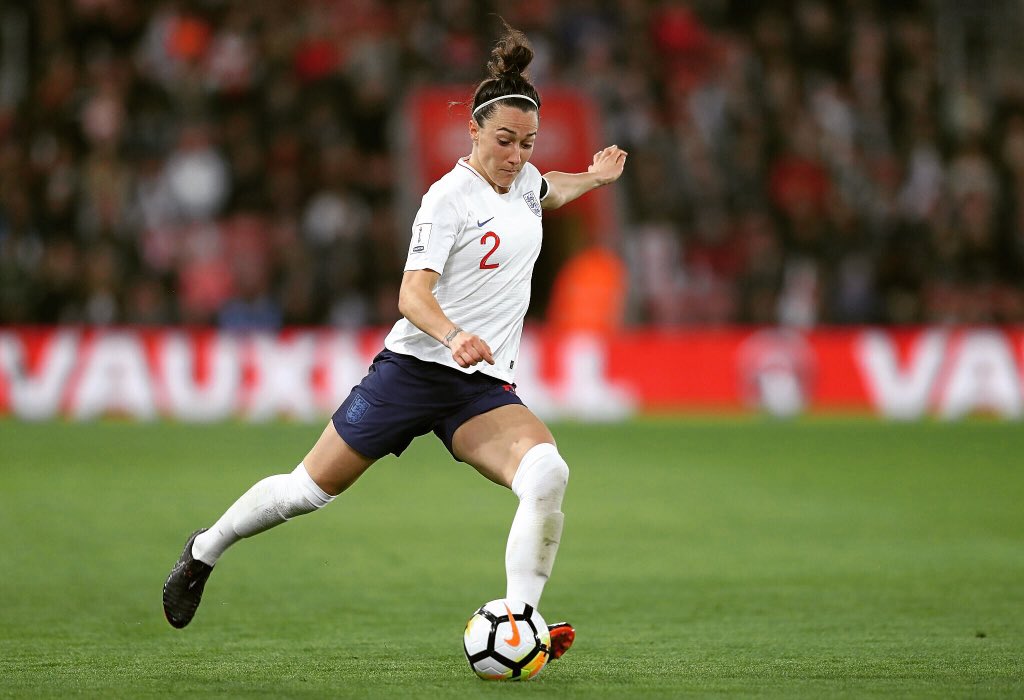 She famously scored for Manchester City in their FA Cup final win over Birmingham City last year, helping her side to their first ever FA Cup win. Bronze was also part of the English side that reached the semi-finals of the World Cup in Euros 2017, but they bowed out to eventual Champions and hosts Holland.

The 25-year-old Harder is increasingly becoming one of the stars of Women’s football, despite a tender age as compared to the other superstars. 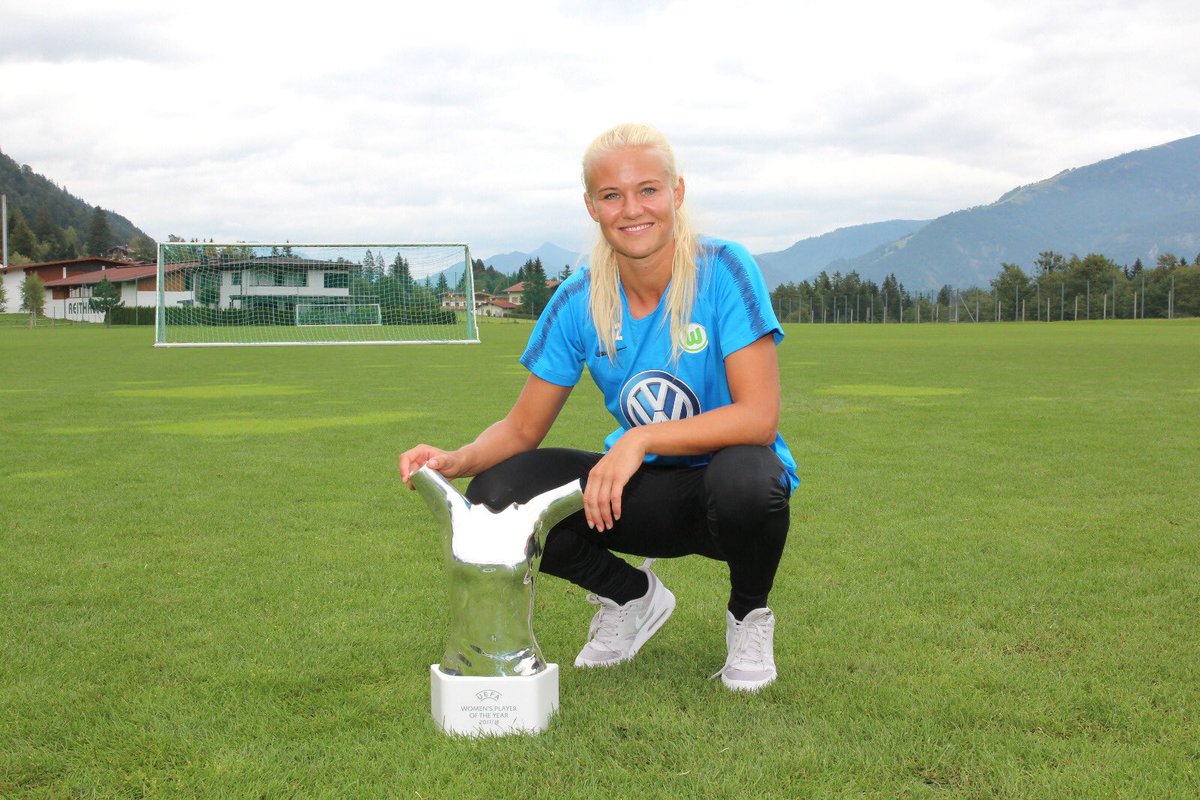 The winner of the UEFA Women’s Player of the Year 2018, Harder’s recent accolades have made her one of the best in the world, despite not having won too many major honors for club or country. She played a vital role in taking her nation Denmark to the finals of the UEFA Women’s Euro last year, only to finish as the runner-ups. Her club Wolfsburg reached the finals of the UEFA Champions League last season, but Harder was on the losing side again.

One of the real stars of the women’s game, Alex Morgan is one of the most well known female footballers today. Her marketability too, is undoubted. 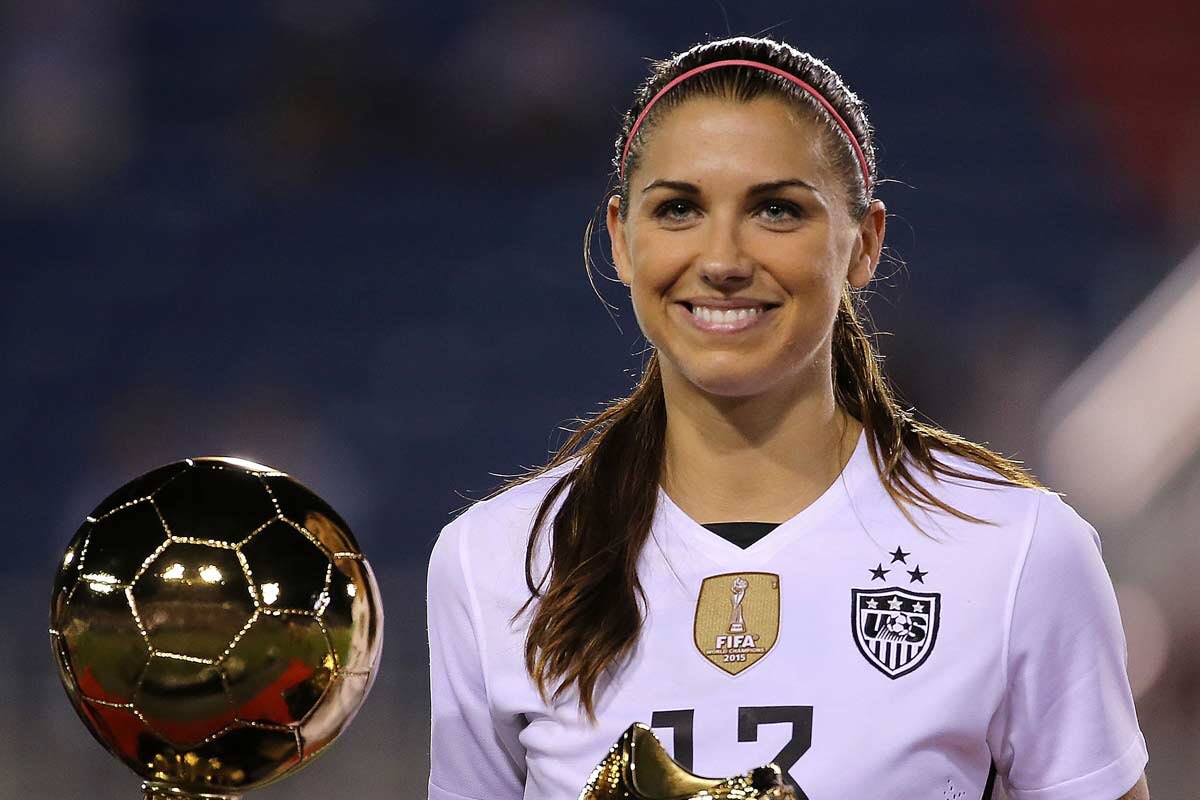 From winning the U20s FIFA World Cup in 2008 to winning the CONCACAF Women’s Championship golden boot earlier this year, Morgan has achieved a lot. That includes winning the UEFA Champions League with her former club Lyon last year.

Still 29, Morgan is a perfect example of how women footballers can become household names in their country and worldwide. And having over 3 million followers on Twitter speaks volumes as well.