Following a five-year dry, Ferrari’s Kimi Raikkonen on Sunday won the Grand Prix at the Circuit of Americas in Texas, United States. 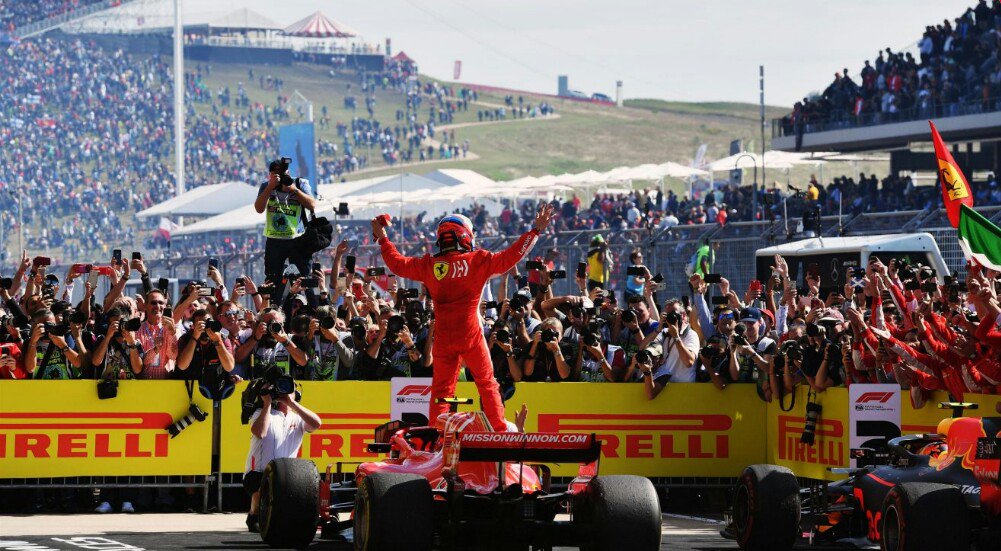 Red Bull’s Max Verstappen also beat Hamilton, who will have to wait until the race in Mexico next weekend to have another chance of settling the title.

Max leaves Austin, Texas, with a 70-point lead over Vettel, who eventually finished fourth, with 75 available over the remaining three Grand Prix.

In a tense finish, Raikkonen, Verstappen and Hamilton were nose to tail and the Mercedes driver ( Hamilton) failed in his one opportunity to pass the Dutchman with three laps to go.

As it happened, even doing that would not have been enough to clinch the title for Hamilton, as Vettel passed the second Mercedes of Valtteri Bottas for fourth place.

Raikkonen: “It has been a great weekend. The car has been good all the time. Got a good start and needed to push hard. The tyres were going off at the end but we had enough speed and kept it consistent and just tried to keep the tyres alive to the end.

Final positions after the race (56 Laps):