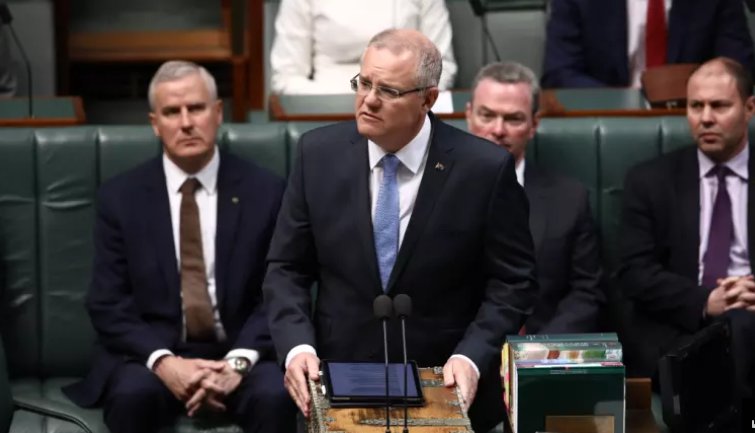 The apology follows a five-year inquiry which found tens of thousands of children had suffered abuse in the nation’s institutions over decades. It concluded last December, heard more than 8,000 testimonies from victims about abuse in organisations such as churches, schools and sports clubs.

“Today, we finally acknowledge and confront the lost screams of our children,” he said. “We must be so humble to fall before those who were forsaken and beg to them our apology.”

Today, we say we are sorry. Sorry that you were not protected, that you were not listened to, for refusing to trust the words of children, for not believing you. As we say sorry, we also say we believe you. We say what happened was not your fault. pic.twitter.com/E71fjm69eg

With his voice trembling at times, Morrison acknowledged the suffering of victims and condemned institutional failures.

“Why were the cries of children and parents ignored? Why was our system of justice blind to injustice? Why has it taken so long to act?” he said.

The enemies of innocence.

It happened day after day, week after week, month after month, decade after decade, unrelenting torment.

When a child spoke up, they weren’t believed and the crimes continued with impunity.

One survivor told me that when he told a teacher of his abuse, that teacher then became his next abuser: trust broken, innocence betrayed, power and position exploited for evil, dark crimes.

Leader of the Opposition Bill Shorten told the parliament: “There are wrongs that cannot be made right. But know that today, Australia says sorry.”

The parliament stood for a minute of silence following both leaders’ speeches.