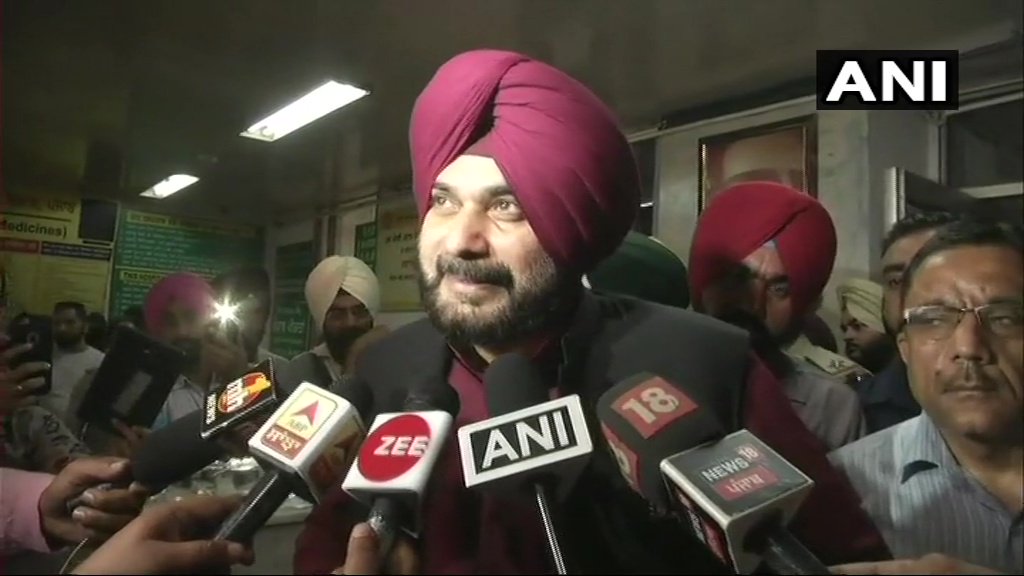 Amritsar: Expressing grief over the loss of life caused after a train mowed down scores of people here, Punjab Minister Navjot Singh Sidhu on Saturday urged all political parties to avoid indulging in mudslinging.

Sidhu, who visited the civil hospital here to meet the bereaved families, said the accident was an outcome of negligence and that it was not motivated.

Navjot Sidhu said, “This is a very unfortunate accident. These people have come here to celebrate a festival and this tragedy had taken away loved ones of many families. It is important to understand that this was an accident. There were people standing on the railway track and some were sitting on the stones around it. When the Raavan effigy was burnt, few more people stepped back and came towards railway track. The train came in high speed and no horns were heard due to crackers. This was negligence and no one actually had an intent or motive of it to happen.”

Sidhu also asserted that his wife and Punjab Congress leader Navjot Kaur Sidhu immediately rushed to the hospital to attend to victims and it is uncalled for at this moment to indulge in political mudslinging.

He said, “This is not the time to indulge in political blaming. The minimum that we can do is offer help to those injured and fasten the relief work. This is an irreparable loss. An accident should not be turned political.”

On being asked about the role of organisers in the whole tragedy, Sidhu, however, evaded the question with a ‘No comments’ reply.

Sidhu’s wife Navjot Kaur, was the chief guest at the Ravana effigy burning event where the incident took place.

As many as 60 people were killed and over 30 injured after a train mowed down people watching Dussehra celebrations near a train track in Amritsar’s Choura Bazar on Friday.

Punjab Chief Minister Captain Amarinder Singh had ordered a probe into the incident and has directed senior officials to rush to the accident spot.