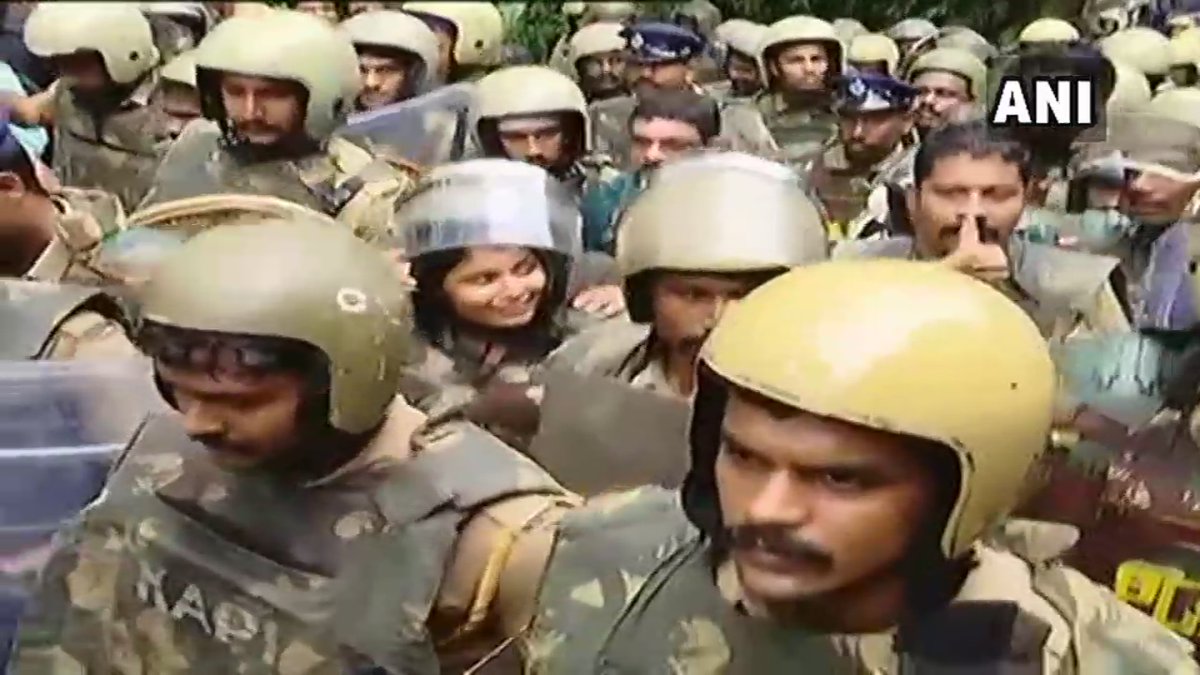 The standoff over women’s entry to Sabarimala Temple came to head on Friday when two women protected by more than 100 policemen in riot gear, turned back just 500 meters short of entering shrine. Reason – the temple head priest (Tantri) Kandararu Rajeevaru threatened to shut down the temple if the women attempted to force their way in.

When the women were just meters away from the temple, their path is blocked by the priests and devotees, who are sitting there to stop the entry of women inside the temple.

“We had brought them (journalist Kavitha Jakkal and woman activist Rehana Fatima) till the temple premises but Tantri refused to open the temple for them. While we were waiting, Tantri informed me that if we attempt to take the women ahead they would close the temple,” said Kerala Inspector General of Police (IGP) S. Sreejith, who was accompanying the women all of them in full riot gear. 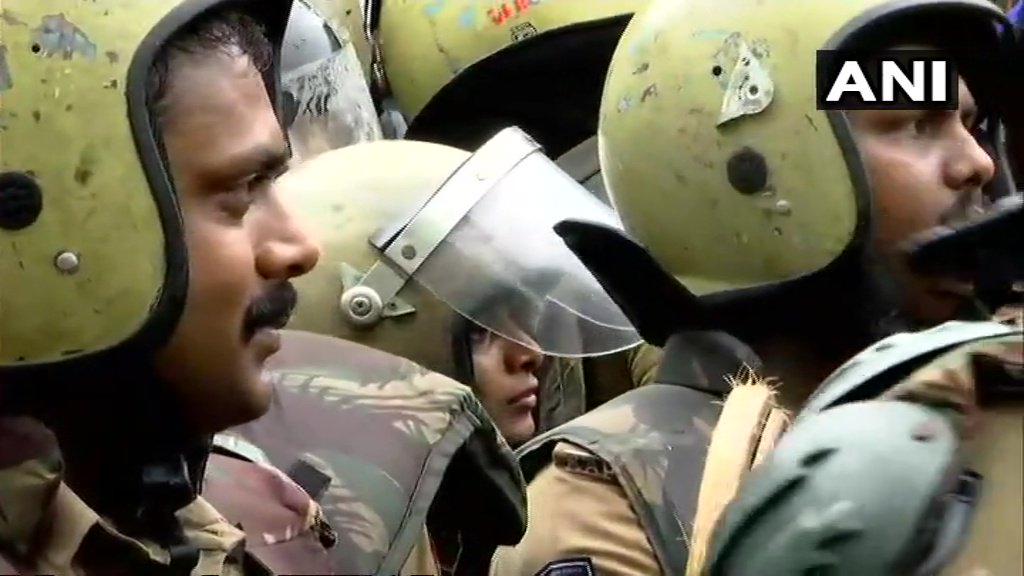 Sreejith assured that the two women will be taken back in full police protection.
He said, “It is a ritualistic disaster. We took them up to temple and gave them protection but ‘darshan’ is something which can be done with the consent of the priest. We will give them (Kavitha Jakkal and Rehana Fatima) whatever protection they want.”

We have decided to lock the temple and handover the keys & leave. I stand with the devotees. I do not have any other option: Kandararu Rajeevaru, #SabarimalaTemple head priest #Kerala (file pic) pic.twitter.com/6LilPOx9qr

Sreejith said that the women agreed to cooperate after he had discussed with them the situation prevailing in the hilltop. “We have told the female devotees about the situation, they will now be going back. So we are pulling back. They have decided to return,” he said.
As per reports, tempers cooled down after Jakkal and Fatima who had almost made it to the Lord Ayyappa shrine agreed to give up their journey.

Though the Sabarimala Temple in Kerala has opened its doors to women in the 10-50 year age group as per the Supreme Court verdict pronounced on September 28, for the first time, no woman of menstrual age has yet been able to visit the shrine because of continuous protests.

On Thursday, the New Delhi-based woman journalist was stopped midway by devotees opposing the entry of women of menstrual age into the hill shrine.

The journalist accompanied by a male colleague, a foreigner, descended the hills from Marakkoottam area in the face of mounting protests.

On Wednesday, when the temple opened its door to worshippers, two women devotees were stopped from going up the hill to the temple, women journalists were manhandled and vehicles vandalised by protesters.

“Police will not create any issue in Sabarimala and we don’t want a confrontation with you devotees. We are only following the law. I will be discussing with the higher authorities and brief them on the situation,” the IGP had earlier said.

Places around the temple such as Pamba, Nilakkal, Sannidhanam and Elavungal have witnessed the majority of the violent protests since the doors of the shrine reopened on Wednesday. Protestors had allegedly vandalised a bus carrying journalists and other passengers at Laka near the Nilakkal base camp. The police were forced to lathi-charge the protestors as they resorted to stone pelting.

Elderly women were seen entering the temple on Wednesday evening, but women between 10 to 50 years of age refrained from visiting the shrine for the fear of their own safety.
Owing to the protests and violence, Section 144 (prohibiting assembly of more than four people) has been imposed in Pamba, Nilakkal and Elavungal.

The temple opened on Wednesday at 5 pm, and it will close on October 22.