Home Home Slider PM Modi: Will provide a permanent house to every family by 2022 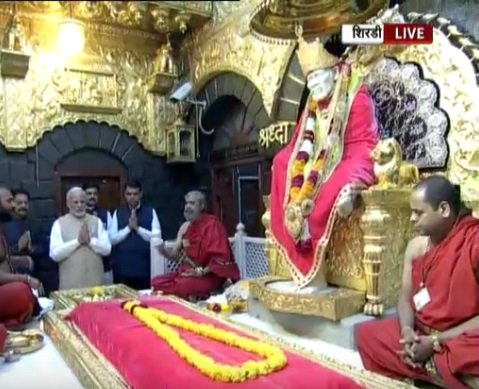 Prime Minister Narendra Modi on Friday said his government has set the goal of providing a permanent house to every family by 2022. Half the journey is complete, he said, adding that a permanent home, ‘provides enthusiasm to fight against poverty.’

The UPA regime built just 25 lakh houses in the last four years of its regime. In the last four years, the NDA government has built 1.25 crore houses, Modi said in addressing a public gathering, in Shirdi where he was attending the valedictory function of the Sai Baba Samadhi centenary celebrations.

If the previous government had been in government, he said, it would have taken 20 years to do the same job.

Prime Minister Narendra Modi said that alongside agriculture, the government is also working to promote tourism.

“In Maharashtra, there are many places associated with faith like Shirdi. There are also places like Ajanta-Alora where devotees from all over the world come to visit,” he said.

“I have been told that flights coming into Shirdi will be increased in frequency so that Sai devotees all over the globe can come to offer their prayers.”

“The government is working to complete projects that have been stuck for years under the prime minister’s agricultural irrigation scheme. There are many large-scale schemes underway in Maharashtra,” the prime minister said while addressing the drought-hit-state.