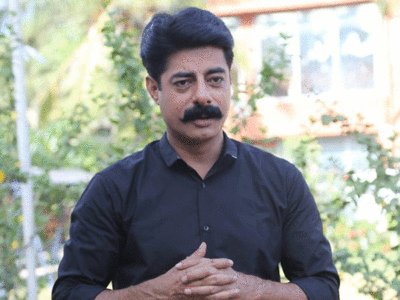 As the #MeToo movement grips the country, Cine and TV Artistes’ Association (CINTAA) secretary Sushant Singh said that a special committee consisting of actor Raveena Tandon, Renuka Shahane, director Amole Gupte and others will handle the cases relating to the matter.

Speaking to ANI, Singh said, “We will form a special committee to handle the cases. Raveena Tandon, Renuka Shahane, Amole Gupte, journalist Bharati Dubey, three members of POSH at Workplace (Prevention of Sexual Harassment at the workplace) has agreed to be a member of the special committee. We have sent emails to a few others to join the committee.”

Singh further stated that it was necessary to send a show cause notice to actor Alok Nath in connection with the sexual misconduct allegation levelled by producer Vinta Nanda. “Every case is different. Allegations on Alok Nath by Vinta Nanda are very serious. She had given us a formal complaint. It was necessary to send him a show cause notice.”
Nanda had accused Alok Nath of rape and narrated her horrifying ordeal in a Facebook post. She was the writer and producer of the teleserial ‘Tara’ in the 90s, in which Nath played the lead role.

The ‘Satya’ actor went on to say “No one ever asked Nana Patekar to present his case. It was sexual harassment, misconduct at borderline. We sent him a letter and he replied. The investigation is underway. We can’t take action against anyone without knowing what the police investigation says.”

The ‘Me Too’ movement gained momentum in India after Bollywood actor Tanushree Dutta accused Nata Patekar of allegedly misbehaving with her during a film shoot in 2008.
Since then, scores of women have come out to speak about their ordeals on social media, including actors, musicians, journalists, and politicos.