This year’s Man Booker prize winner has many firsts to her credit. She is the first North Irish woman to receive this honour, the first female winner since Eleanor Catton in 2013 and her book has been termed an incredibly ‘original piece of work.’ Anna Burns won the Man Booker Prize for her novel ‘Milkman’ on the 16th of October 2018 and became a overnight celebrity. She won the prestigious English-language literary award amidst tough competition from other accomplished writers.

Let’s get to know her background a bit more –

The 56-year-old author was born in Belfast and raised in the working class Catholic district of Ardoyne. She attended St. Gemma’s High School, but in 1987, moved to London to complete her higher education.
At present she lives in East Sussex, on the south English coast.

She is the 18th woman since 2013 to bag this award.
‘Milkman’ is her third novel and revolves around a young woman’s affair with a married man set in the political troubles of Northern Ireland. It is an experimental novel in which the narrator is an unnamed 18 year old girl known as ‘middle sister’, who is being pursued by a much older paramilitary figure, the milkman.

Her writing career –
Burns published her first novel ‘No Bones’ in 2001. It is a gripping account of a girl’s life as she grew up in Belfast, during the troubled phase of Northern Ireland’s political history. Among the novels that depict the troubles within the Literature of Northern Ireland, ‘No Bones’ is considered a landmark and has been compared to Dubliners by James Joyce for its capture of the everyday lives of the local people.
The book won her the 2001 Winifred Holtby Memorial Prize presented by the Royal Society of Literature for the best regional novel of the year in the United Kingdom and Ireland.

She had also been shortlisted for the 2002 Orange Prize for her first novel. Other prominent works of her include ‘Little Constructions’ published in 2007 and ‘Mostly Hero’, in 2014.

Man Booker Prize –
Burns’ victory was announced at London’s Guildhall, where she was presented with a trophy by Camilla, The Duchess of Cornwall. 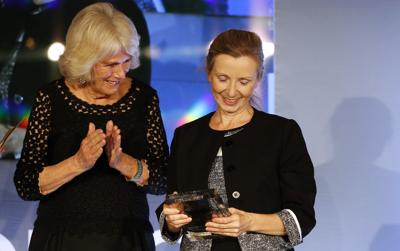 Speaking at the Man Booker prize announcement, Kwame Anthony Appiah, the chair of the 2018 judging panel, said, “None of us has ever read anything like this before. Anna Burns’ utterly distinctive voice challenges conventional thinking and form in surprising and immersive prose,”.
“Although it’s set in the 70s, Milkman is a deep, subtle, unpolemical and intellectually and moral challenging picture of something which is part of the MeToo challenge,” Appiah added. 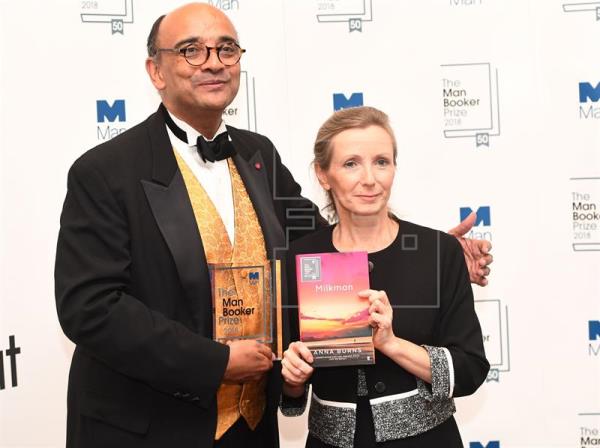