Accused by several women of sexual misconduct and sexual harassment, an initially defiant MJ Akbar, India’s minister of state for external affairs, resigned on Wednesday. More than twenty women have narrated how they were allegedly sexually harassed by MJ Akbar during his tenure as the editor of national dailies. Here is what the women have to say:

1 Priya Ramani was the first woman to voice her story accusing MJ Akbar of sexual misconduct. “The bed, a scary interview accompaniment, was already turned down for the night. Come sit here, you said at one point, gesturing to a tiny space near you. I’m fine, I replied with a strained smile. I escaped that night, you hired me,” she had written in her account of harassment in Vogue magazine last year when the #MeToo movement began in the US, albeit without naming the perpetrator. 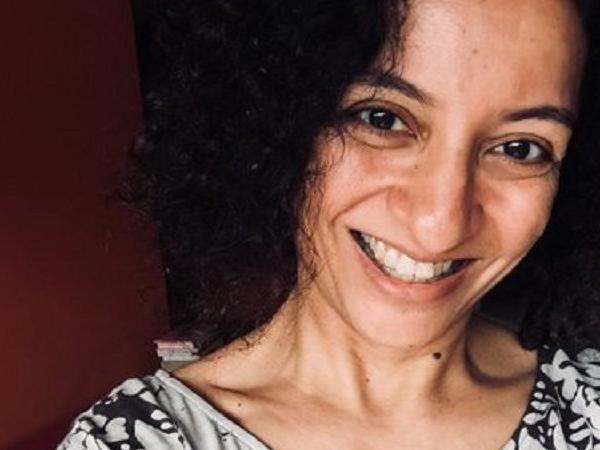 This year after actress Tanushree reiterated her allegations against Nana Patekar, lighting the fire under the #MeToo India movement, for sexually harassing her ten years ago Ramani named Akbar. Here is what she had to say

I began this piece with my MJ Akbar story. Never named him because he didn’t “do” anything. Lots of women have worse stories about this predator—maybe they’ll share. #ulti https://t.co/5jVU5WHHo7

2 Ghazala Wahab: Shortly after Ramani named Akbar, Ghazala narrated her experience at the Asian Age, where she was allegedly molested and harassed by the editor of the news paper – MJ Akbar.

“…he sneaked up behind me and held me by my waist. I stumbled in sheer fright while struggling to get to my feet. He ran his hands from my breast to my hips. I tried pushing his hands away, but they were plastered on my waist, his thumbs rubbing the sides of my breasts,” she writes in The Wire.

“This is my story. My last six months as a journalist at Asian Age, the newspaper he edited, were pure hell with repeated physical advances,” writes @ghazalawahab#MeToo pic.twitter.com/TrD27xxvRC

3 Saba Naqvi:  “Akbar often called me to his office, he also landed at my apartment once,”  writes senior journalist Saba Naqvi in the DailyO, about the harassment she faced at her workplace by a certain editor who shares his name with a ‘Grand Mughal Emperor.’ 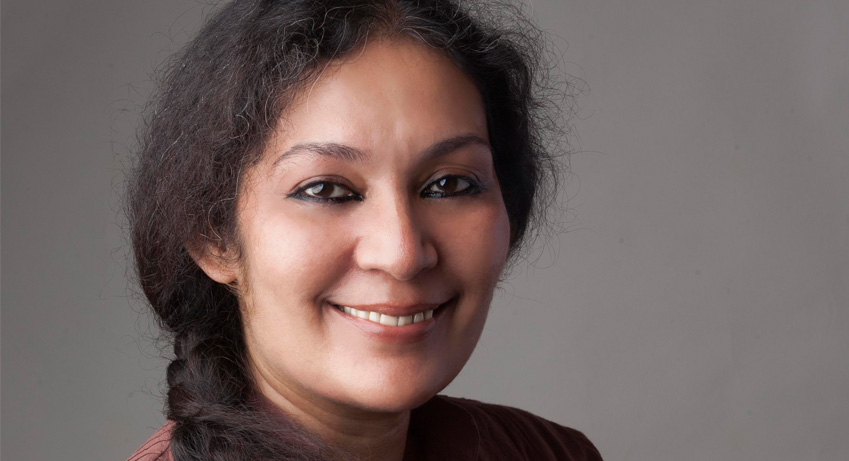 “Every now and then, I was summoned to his office for meaningless chatter when he spoke to my chest (I was onto him by then),” she writes adding ‘I had a boyfriend (later my daughter’s father) who had worked as a sub-editor on the news desk. Freshly transferred to reporting, out of the blue, he was transferred to Siliguri as a reporter.”

4 Ruth David: The UK-based journalist narrated her time in Asian Age on the website medium.com  “he (MJ Akbar)  started asking me to proofread the new book he was writing, in his office, sitting on his dark leather chair while he stood close behind and offered massages ostensibly because I looked stressed. And when I refused, he would try and kiss me as I squirmed away.”

5 Suparna Sharma:  Currently the Resident Editor of The Asian Age, Delhi, Sharma told the The Indian Express that she was reporting to Akbar from 1993 to 1996 at the Asian Age. She said that she was working on the first page of the newspaper and Akbar was standing behind her.

“He plucked my bra strap and said something which I don’t remember now. I screamed at him.” 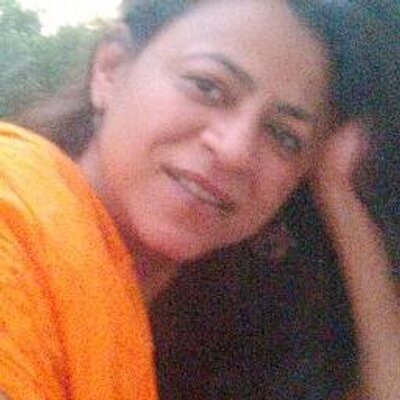 In another incident, Sharma said that she once went to Akbar’s cabin at work and he kept staring at her breast and said something that she ignored.

Sharma says that these incidents were routine and there were ‘no committees one could go to’.

6 Kanika Gahlaut says ‘Akbar Did This to Everyone’ . Speaking to The Indian Express, Gahlaut said that she worked with Akbar from 1995 to 1997 and Akbar’s behaviour was the same with everyone.

Describing an incident, Gahlaut told the daily that she was invited to a hotel room once by Akbar to which she agreed but never showed up. She also said that she gave an excuse to him and he never bothered her and she continued to work.

Gahlaut also added that Akbar ‘wouldn’t push’ once he was told no and that she was ‘always given her due’ and that she ‘learnt a lot from him.’

7 Kadambari M Wade took to Twitter to say, back in 1998, when she was working as a sports reporter, Akbar made her feel ‘awkward’.

THREAD (1/7). It’s strange living in the US & seeing the #MeToo movement explode in India. There’s so much I want to say. For now, my MJ Akbar story. I was a 22-year-old reporter at the Asian Age sports desk in Delhi. I wasn’t hired by Mr. Akbar, I called him that. @priyaramani

8 Former Journalist Harinder Baweja aid, “Many of us have an MJ Kabr story.”

So many of us have an MJ story. “Can I come over to your house with a bottle of rum?” he said. NO, was the answer…. Couldnt ‘do’ anything. Some dont get the meaning of No… they move on to the next, dont they https://t.co/eMnO6Y3PNX 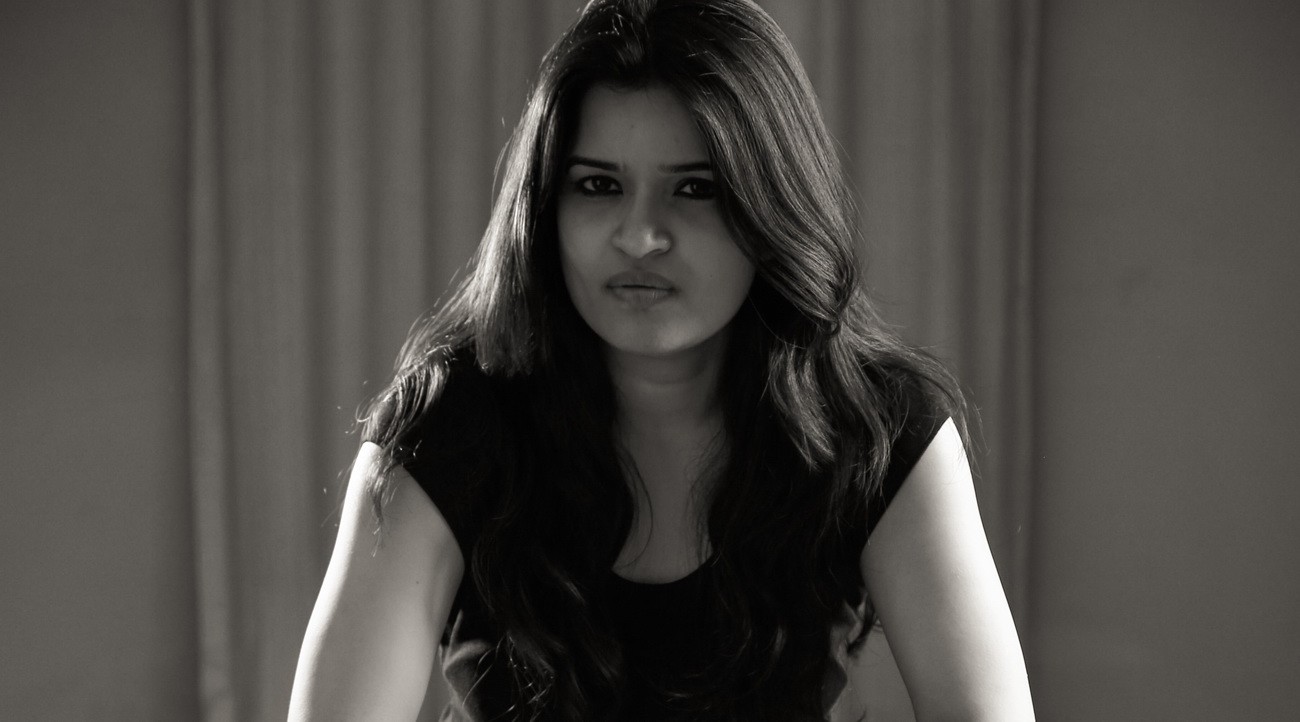 Thank you for the msgs of support and courage that I have received till now. I needed some time to gather my thoughts and relive what happened to me 8 years ago. #MeToo #MJAkbar 1/n

10 Majlie de Puy Kamp: Was an intern at the The Asian Age newspaper in 2007, reporting to the editor MJ Akbar. Sharing the incident on Twitter, Kamp wrote: “Akbar shoved his 55-year-old tongue down my 18-year-old throat.”

I extended my hand to him in gratitude, he shoved his 55-yr-old tongue down my 18-yr-old throat. https://t.co/WLTyMndJYd

11 Tushita Patel: “You sexually harassed me too. Your threats will not silence us. If I don’t speak up now, I feel I’ll be complicit in your crimes,’ writes Tushita Patel in Scroll.in.

“1993, Hyderabad. You were the editor-in-chief of the Deccan Chronicle, I was a senior sub-editor. You came in to town and summoned me to your hotel to discuss my pages…..You started yelling at me about being late, about my work. I was trying to mumble some words. Suddenly you got up, grabbed me and kissed me hard – your stale tea breath and your bristly moustache are still etched in the recesses of my memory.”

The next morning I came to the office and tried to hide in a corner and finish my page…. you desperately sent out a search party……You said chirpily, “Where did you disappear? I’ve been looking for you – we have to discuss your page.” And with that you ushered me into the empty conference room, grabbed me again and kissed me.”

12 Swati Gautam: “The door (of the hotel room) opened and the Bathrobe welcomed me. Mr Bathrobe was on the bed while I was kind of squirming on the single sofa in the room, unable to exactly fathom what in hell was the matter with the world which seemed perfectly normal sometime back,” she wrote in The Quint.

Others who have posted anonymously or narrated their story without naming him directly. The number grows everyday.

On his part MJ Akbar has  denied all allegations and has sued the woman who first named him – journalist Priya Ramani .

His criminal defamation case names Ramani as the sole accused and says she ‘intentionally put forward malicious, fabricated and salacious’ allegations to harm his goodwill and reputation.

The criminal defamation case was filed in the Patiala House court in New Delhi, seeking relief under Sections 499 and 500 of the Indian Penal Code, 1860. The suit was filed by senior partner Sandeep Kapur of Karanjawala & Co. and is yet to come up for hearing in court on Thursday.

“The scandalous allegations levelled by the accused, by the very tone and tenor are ex-facie defamatory and have not only damaged the goodwill and reputation of the complainant in his social circles and on the political stage but affected his personal reputation in the community, friends, family,” it said.

The journalist ‘willfully, deliberately, intentionally and maliciously defamed’ him on ‘completely false, frivolous, unjustifiable and scandalous grounds,’ the minister has alleged.

However, Ramani said ‘truth and the absolute truth are my only defence’ and asserted she was ready to fight the case.

Since then 19 more journalists, who have worked with the Asian Age over the years, have petitioned that the court hear their testimony against MJ Akbar.