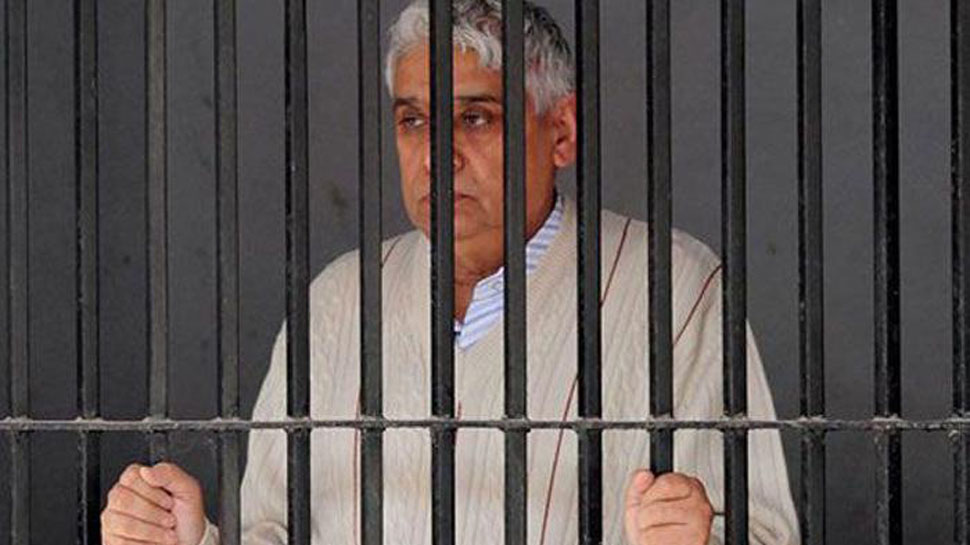 ShareTweetGoogleWhatsappPrint
Mail
The 67-year-old founder of Satlok Ashram in Hisar, Haryana and self-styled godman Rampal was sentenced to life imprisonment on Tuesday in connection with two murder cases. The lawyer for Rampal said he will move the High Court against the verdict.

The Court on Thursday, had held Rampal and 28 other people, guilty in two murder cases, which were filed in 2014.

The self-styled godman was arrested in November 2014 after two murder cases were registered against him.

The first case was filed after a woman’s body was found in his ashram at Hisar’s Barwal town on November 18.

The second case was registered after bodies of a child and four women were found in the same ashram on the following day.