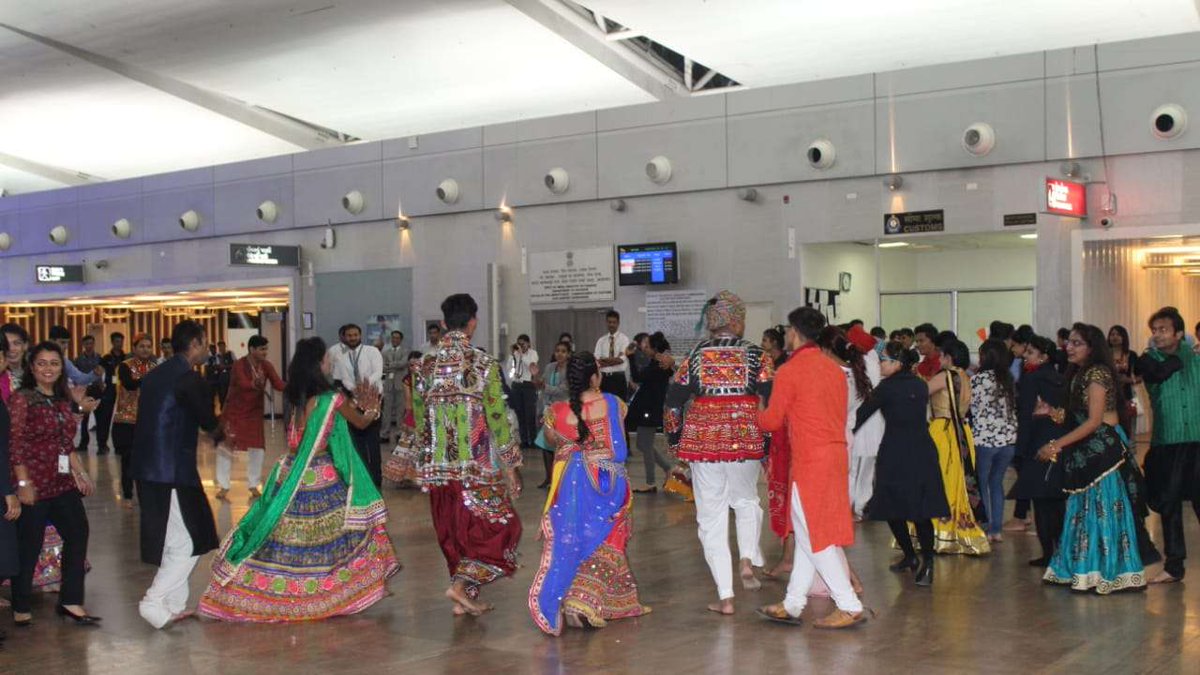 As the country celebrates nine day festival of Navaratri, travellers passing through Ahmedabad airport got to experience its vibrant energy in a unique way.

The first ever Garba flash – mob was performed at the Sardar Vallabhai Patel International Ahmedabad airport. Staff of every airline took part in the Garba flash- mob at both the domestic and international terminals of the airport. 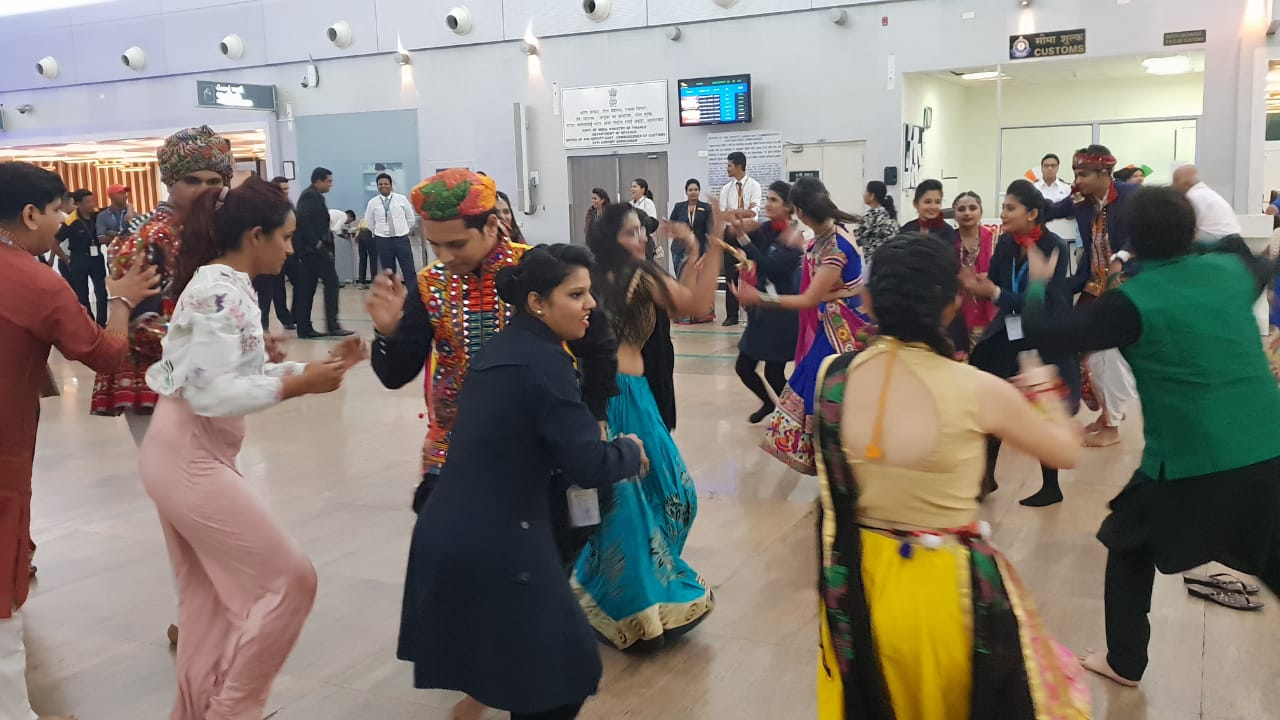 “There would be some passengers, flying out of city and missing the Garba here, hence the idea is to compel them to do few steps while waiting for their flight, It is being done with help of AAI and Airlines Operator Committee.”, said the Airport official who consider this the best way to welcome passengers to Gujarat, which is famous for Garba & Dandiya nights.

The festival of Navaratri, which is celebrated over a period of 9 days, is filled with dance and festive fun all across the land.

The festival not only symbolises the victory of good over evil (Goddess Durga’s victory over Mahishasur) but also celebrates the spirit of Indian culture in its togetherness.