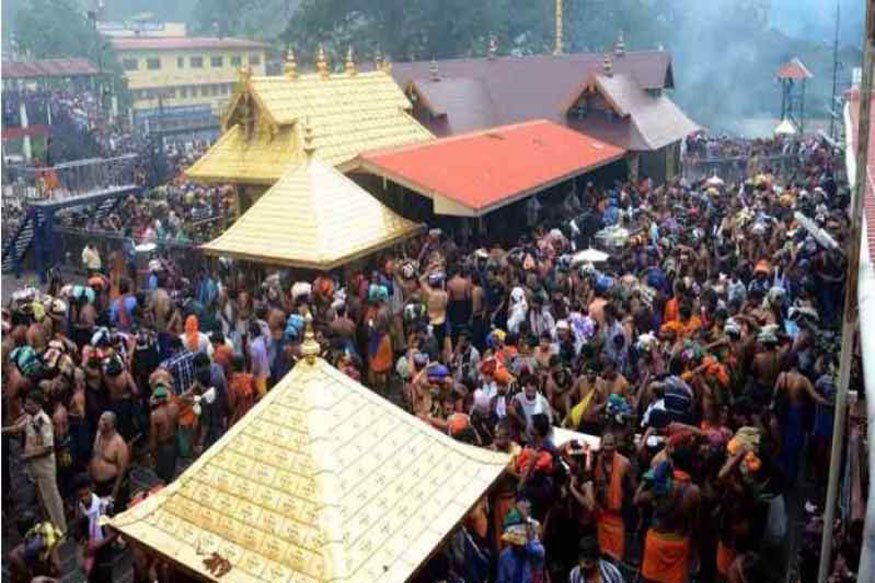 Sending a stern message to the people protesting against the Supreme Court’s ruling on Sabarimala temple, Kerala Chief Minister Pinarayi Vijayan on Tuesday said that his government would not allow anyone to take the law and order into their hands.

The Chief Minister also assured all sort of facilities to the devotees visiting the shrine of Lord Ayyappa. The temple is set to reopen on Wednesday. An age-old tradition will be broken following the Supreme Court verdict allowing women of all ages to enter the holy shrine.

“We will not allow anyone to take law and order into their hands. The government will ensure facilities to devotees who will visit Sabarimala Temple to offer prayers,” Vijayan said while addressing the media in Trivandrum.

He also reiterated that the state government does plan to challenge the verdict and will ensure implementation of the Supreme Court.

Meanwhile Travancore Devaswom Board, which runs the hill-shrine, is scheduled to meet the patrons, including the Tantri (head priest) family, Pandalam royals and Ayyappa Seva Sangam on Tuesday to discuss the preparations ahead of the three-month-long annual Mandalam-Makaravilakku pilgrim season starting November 17. They are also expected to discuss the apex court ruling.

We have urged Devaswom Board to file a review petition. Until it is disposed off status quo should be maintained: PG Sasikumar Varma, Pandalam palace managing committee president #SabarimalaTemple pic.twitter.com/FmleZjx4Ym

The BJP and Congress had initially welcomed the SC order but later did an about turn. On September 28, a five-judge bench of the top court headed by Chief Justice Dipak Misra, allowed women of all ages to enter the Sabarimala temple saying that ‘no physiological and biological factor can be given legitimacy if it doesn’t pass the test of conditionality.’

Although many, including the Kerala government, have welcomed the decision, a section of followers have been staging protests across the country opposing the ruling. Earlier of