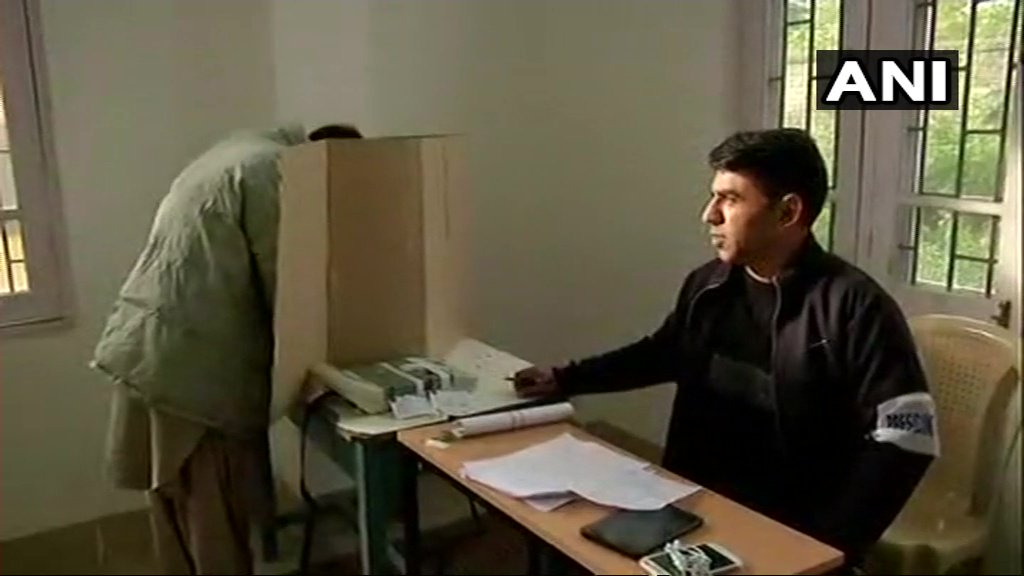 The fourth and final phase of voting for the urban local body in 37 wards in Srinagar and Ganderbal districts is taking place on Tuesday. Polling began at 6 am and is supposed to end at 4 pm.

In the final phase, the electrorate, comprising a total of 2,50,794 voters, will seal the fate of 156 canditates in Srinagar and Ganderbal districts, the ANI reported.

A total of 12 wards are going to poll in the Municipal Committee Ganderbal with a total electorate of 8,491 voters. 38 candidates are in the fray for these wards.

While on the other hand, 24 wards of the Srinagar Municipal Corporation are also going to poll with a total electorate of 2,41,043 voters. And a total of 113 candidates are in the fray for these wards.

Voter turnout of 3.7 per cent was recorded in Ganderbal district while 0.4 per cent of voters in Srinagar were accounted by 8 AM.

The polling will be a fight between two major parties of Jammu & Kashmir- BJP  and Congress.