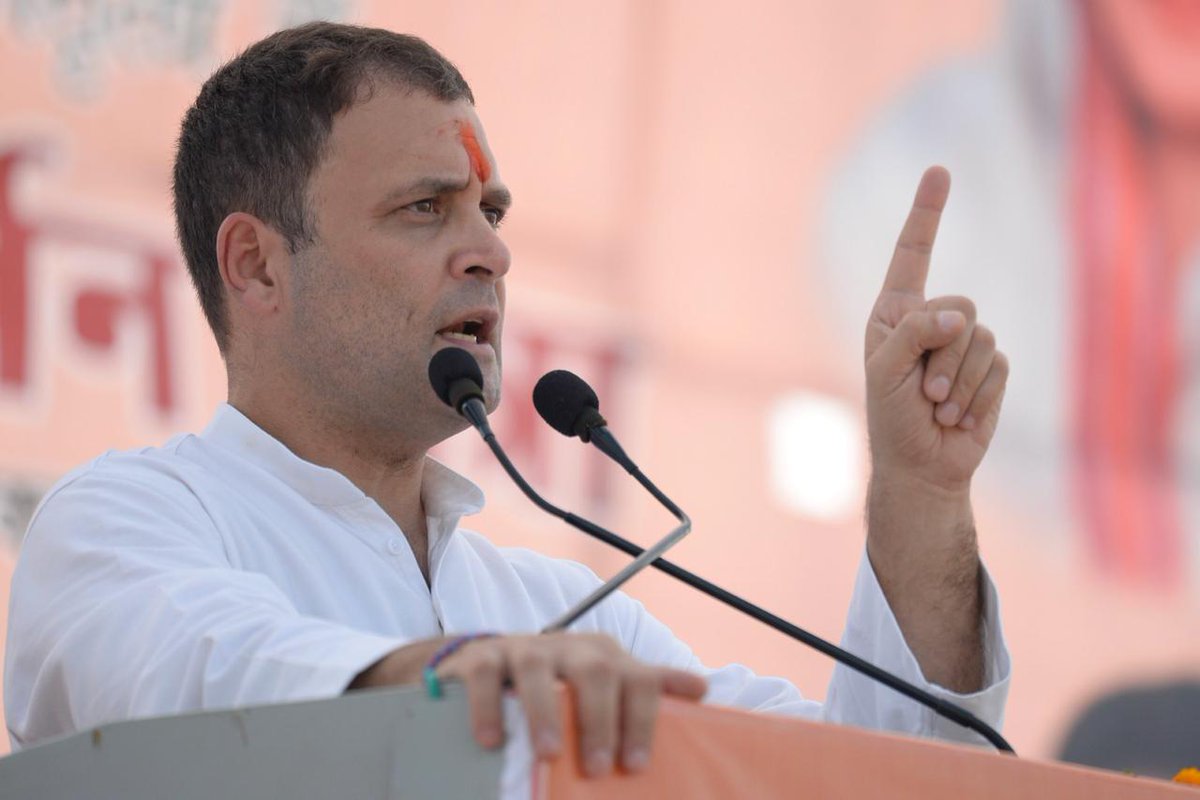 Taking another shot at PM Modi, Congress President Rahul Gandhi on Monday said that the PM was only interested in helping rich businessmen and not the farmers.

Rahul Gandhi on Monday began his two-day tour of poll-bound Madhya Pradesh. Addressing a rally there, he said, “I went to PMO (Prime Minister’s Office) only once. I told the Prime Minister, farmers are requesting him to waive-off their farm loan. I told him I know he wants to write-off the bank loans of the rich but he should do it for farmers too. He didn’t utter a word.”

“Prime Minister has no room in his heart for oppressed and women. He has room only for industrialists. Mehul Bhai, Nirav Bhai, Anil Bhai, Lalit Bhai, he never calls farmers and labourers ‘Bhai’. Have you ever heard Modi ji calling poor ‘Bhai’? Never. If he isn’t in suit-boot, he isn’t ‘Bhai’,” Gandhi added.

The Assembly polls in Madhya Pradesh will be held on November 28 to elect representatives of the 230 constituencies.

Earlier on Monday, taking a swipe at Narendra Modi, Gandhi tweeted, “The chowkidaar (watchman) gave a lot of speeches but forgot the stomach posture. Did a lot of Yoga and enjoyed life, but forgot to give food to people,” he said, citing a global survey on hunger that ranked India 103 among 119 nations.