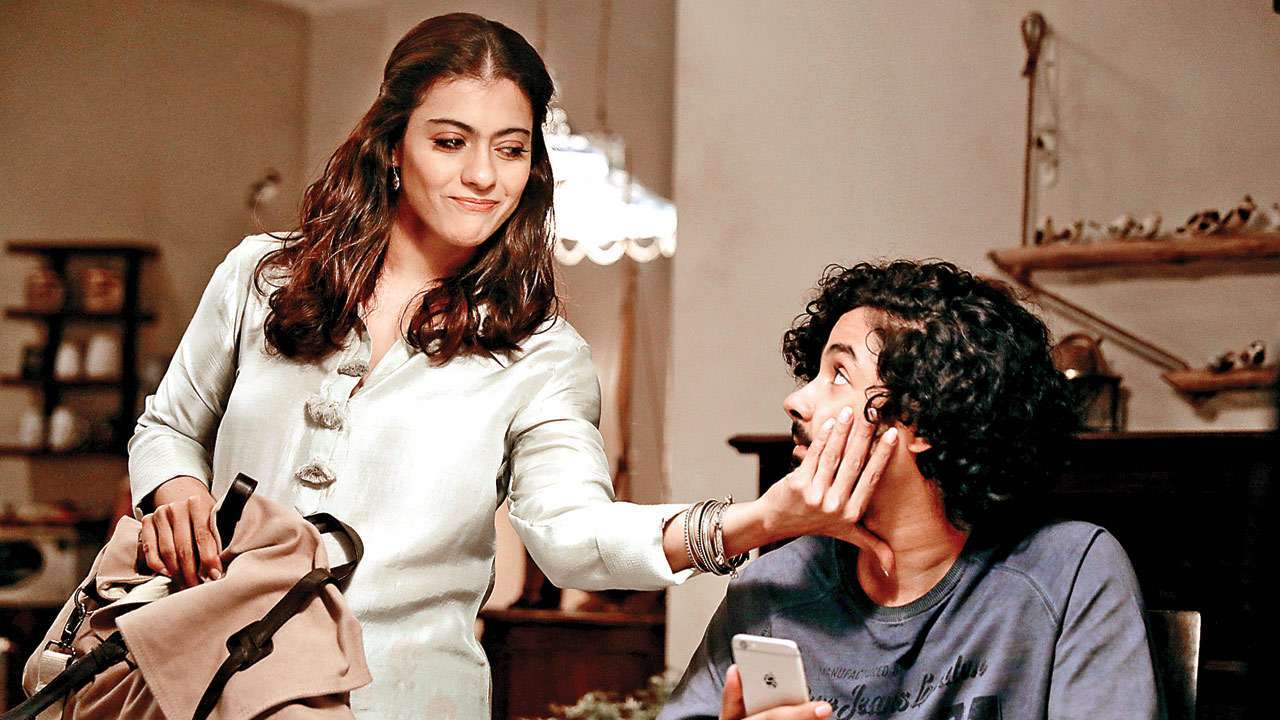 Is a drama about the relationship between a single mother and her teenaged son.

If I put together the team behind the movie, its hard for me to fathom as to what is it that motivates the artists to come up with a good or bad product.

Director- Pradeep Sarkar whose earlier movie Mardani is not only a huge favourite but a very thoroughly made film.
Scriptwriters- Mitesh Shah and Anand Gandhi who as recent as this week gave this fabulously and painstakingly scripted film Tumbbad .
Heroine- Kajol who is a very bankable performer.

I guess , its just a bad patch of luck for us that this team comes up with an utterly unimaginative screenplay and lazy writing for a central message that could have been very relevant. They just didn’t join the right dots to make the details relatable or cohesive.

Single mom Eela (Kajol)was a budding singing sensation of nineties and had a short flash of fame before matrimony & motherhood put her ambitions on a back burner specially when her husband (Tata Roy Choudhary )deserts her & their son( for the flimsiest reason conjured only because the writers didn’t want to think of something better).

Much later in life , she decides that the only thing productive that she can do is studying and that too in the same college as her teenaged son. So apart from fretting over his food and her tiffin boxes , she now has ample opportunities to behave in an absolutely irrational and embarrassing manner that not peeves her son but tests our patience too .
Being over the top chirpy , hounding your child around his friends and entire college and even in shared taxis .. seriously ?
I mean did they have nothing better or relevant to show ?

Helicopter parenting does exist and is very relevant. Teenagers need space and privacy just as they need to be told the importance of responsible and reasonable freedom.
In an overzealous bid to add touch of humour, the film shows the mother behaving more absurd than the reasonable kids around.
Neither of these two pictures are correct. Some balance in the situations and events created would have been welcome and might have helped in putting across the message that hopefully the film makers wanted to convey.

I really don’t think it would have required a thesis for them to find some realistic situations and issues.
Detailing had lot of loopholes. There was nothing relatable about it.

Kajol’s performance could have been better if she was a little less vivacious or over the top chirpy.

Riddhi Sen came across as a more subtle and restrained actor just like his character Vivaan.

ALSO READ: #MeToo: After Sajid Khan steps down as director, ‘Housefull 4’ gets a new director

Neha Dhupia plays theatre professor in the college and her character has a spunk very similar to her roadies avatar or that radio chanel owner in Tumhari Sulu.

Music by Amit Trivedi was melodious and teamed with some meaningful lyrics seemed good.

Overall, it was a very very choppy ride in this helicopter which cant really be recommended unless you are a big time Kajol fan.