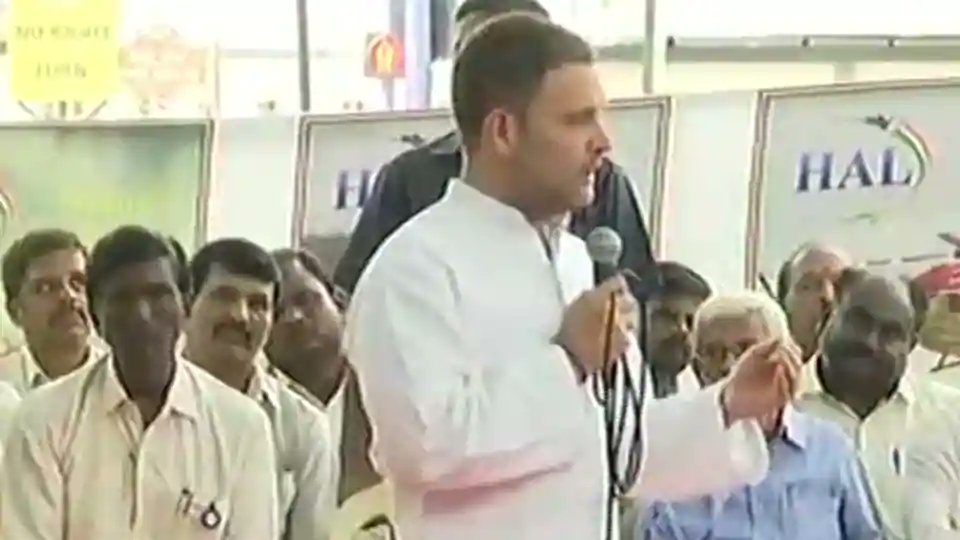 Congress president Rahul Gandhi on Saturday met with the employees of the state-run defence company Hindustan Aeronautics Limited or HAL in Bengaluru.

In the meeting, he apologized to the workers stating that  Rafale was their rights. Rafale is your right; you are a 78-year-old company. You have the experience to build the plane,” the Congress president said.

Responding to defense minister Nirmala Sitharaman’s comments that HAL did not have the capacity to build Rafale with Dassault, Rahul said, “They (HAL employees) are insulted and hurt that their hard work and patriotism has been insulted and questioned by the government of India. So the first thing is they (HAL employee) expect an apology from the defence minister for insulting HAL.”

On its Twitter handle, the Congress also shared excerpts comments made by former and current HAL employees.

“Come defend the dignity of India’s defenders. I am in Bengaluru to stand with HAL’s employees. Join me outside HAL HQ,” Rahul added urging people to join the fight.