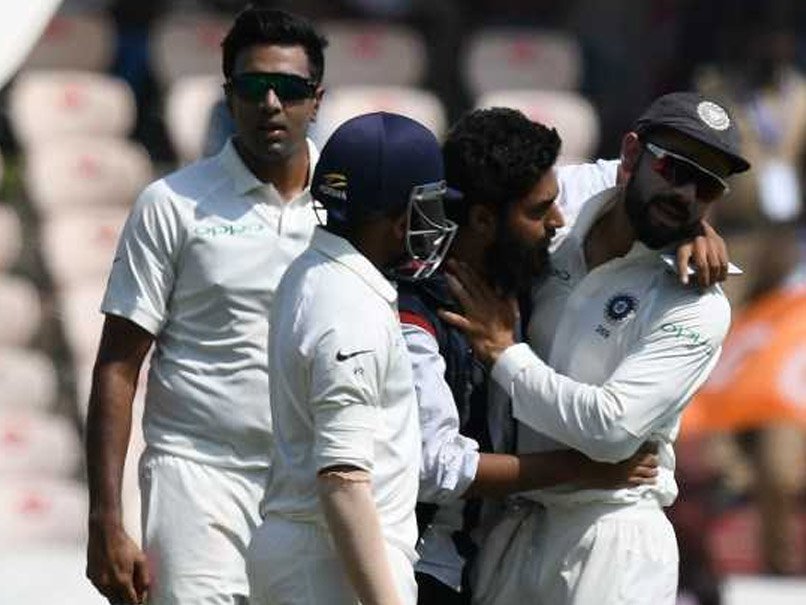 Hyderabad: A 19-year-old fan of Indian skipper Virat Kohli was booked for trespassing into the cricket ground during the first day of the second Test against West Indies on Friday.

The accused has been booked under relevant sections of Indian Penal Code (IPC) and will be sent on remand. 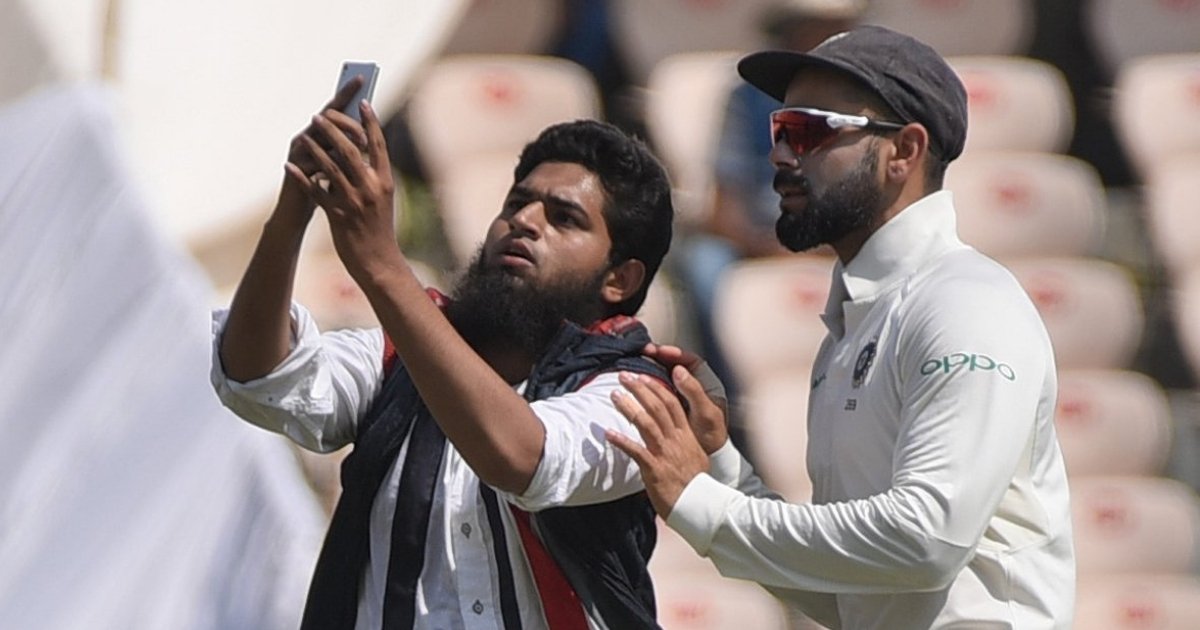 Circle Inspector, Uppal Police Station informed, “Today Mohammed Khan, a 19-year-old second-year student of a degree college in Kadapa has come to Uppal Stadium, Hyderabad to watch the Test match. He claims to be a big fan of Virat Kohli and during the Test match. He entered into the ground and tried to hug Virat Kohli and took a selfie with him. Trespassing into the ground during a cricket match is prohibited. So we have registered a case under section 448 of Indian Penal Code (Trespassing) and the accused will be sent to Judicial Remand.”

India restricted the Caribbean side to a score of 295/7 at stumps on Day One of the ongoing second Test being played at the Rajiv Gandhi International Cricket Stadium here.

India are currently leading the two-match Test series 1-0. If they manage to win this match, it would be their 10th consecutive series win at home since 2013.

The ongoing series against West Indies is part of India’s preparation ahead of the crucial Test series against Australia and the 2019 International Cricket Council (ICC) World Cup.