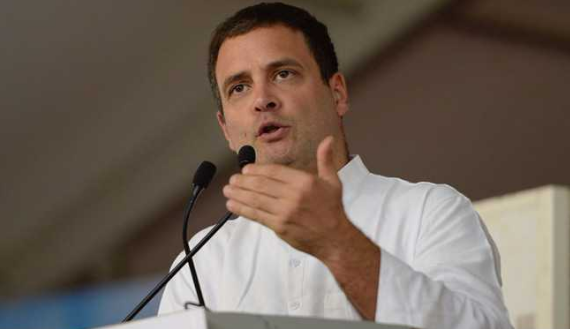 A day after the Congress party tried to distance itself from #MeToo movement, the party president Rahul Gandhi expressed his support for the movement on Friday. He tweeted that the truth needs to be told loud and clear.

It’s about time everyone learns to treat women with respect and dignity.

I’m glad the space for those who don’t, is closing. The truth needs to be told loud and clear in order to bring about change. #MeToo

As the MeToo India movement gathers momentum and many women share their stories of sexual harassment and assault on social media, the crescendo grows louder and encompass many eminent Bollywood celebrities and journalists.

After the disclosures became public, many of the accused apologised, some denied and others have been silent. The fallout so far – AIB cancelled shows of the accused and asked two co-founders to leave the company, Hrithik Roshan asked the producers of Super 30 (director Vikas Bahl) to take a harsh stand, Aamir Khan Productions pulled out of an unnamed movie where a team member is facing sexual harassment charges and Mumbai Film Festival delisted movies and shows involving accused people.