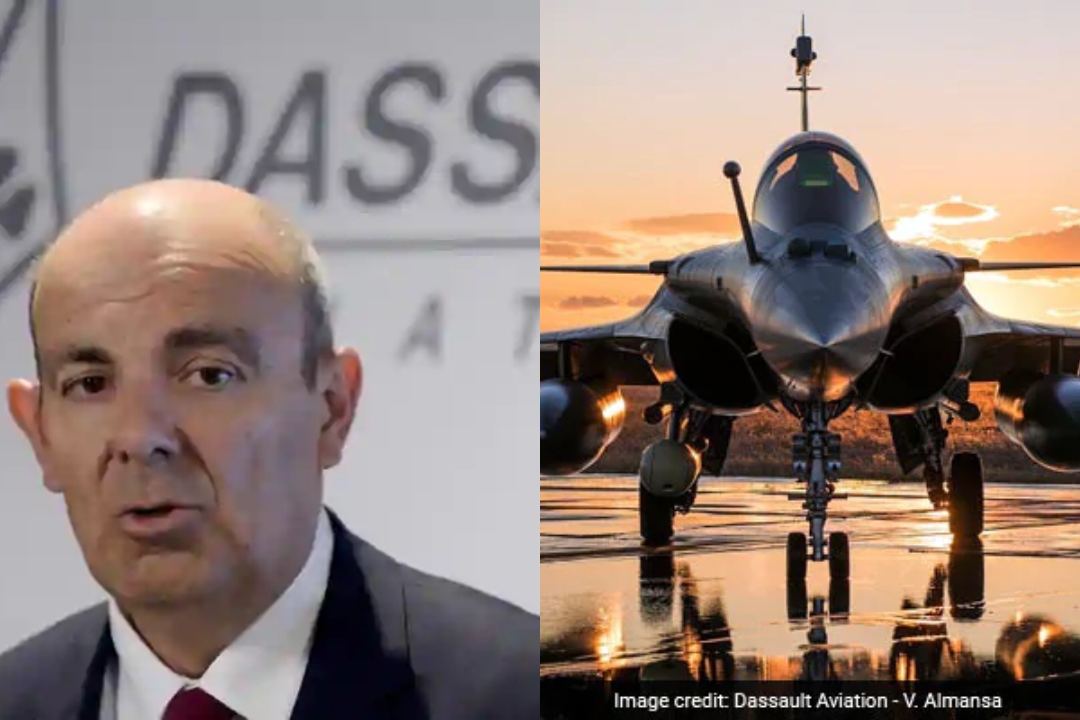 New Delhi: In a major revelation, Dassault CEO Eric Trappier said that Dassault Aviation’s joint venture with Reliance represents around 10% of the offset investments under the Rafale jet deal.

“We’re in talks with about 100 Indian firms, including around 30 with which we’ve already confirmed partnerships,” Trappier was quoted by newswire AFP.

Separately on Thursday, speaking at a briefing in Paris, Defence Minister Nirmala Sitharaman reiterated the government’s claim that it had no idea that Dassault Aviation would team up with Reliance Group, run by Anil Ambani.

ALSO READ: ‘India will soon find out about my decision on Russia sanctions,’ says Trump

Several reports say Dassault was forced to choose Reliance by Prime Minister Narendra Modi, despite it having almost no experience in the aviation sector.

On the eve of Sitharaman’s visit, French investigative website Mediapart quoted the notes of a meeting between Dassault management and workers’ representatives which described the choice of Reliance as “imperative and compulsory”.

“We are very clear: With the government of France, we agreed to purchase 36 Rafale aircraft in flyaway condition,” Sitharaman said.

“And in an intergovernmental agreement, there are no mentions of any individual firms,” she said.

“It is more for the companies which have chosen A, B or C as their partners to answer questions if there are any,” she said.

In a statement, Dassault released a transcript of what it said was Trappier’s interview with AFP in which he was asked about the status of the offsets.

“Signing an offset contract is a requirement of Indian law (Defence Procurement Procedure). The implementation of offsets is an obligation and, under the Indian regulation, the choice of the partners belongs to us,” Trappier was quoted as saying.

“In full compliance with this regulation, Dassault Aviation, therefore, decided to set up the DRAL joint venture with Reliance and build a plant in Nagpur, which should enable us to meet about 10% of these offset obligations. We are in negotiations with about a hundred Indian companies and partnerships have already been concluded with about thirty of them,” he was quoted as saying.

Dassault negotiated for years with Hindustan Aeronautics Limited (HAL) for the order, with the jets being jointly built in India.

But those talks were cancelled after Prime Minister Narendra Modi took office when he decided to purchase the jets directly from France.

Asked why Dassault chose Reliance over HAL as its partner, Trappier said Dassault Aviation decided to establish a long-term presence in India through DRAL, a joint enterprise in which governance is provided by an Indian Chief Executive Officer and a French Chief Operating Officer.

“Dassault Aviation, therefore, exercises technical and industrial control over the operations, applying its standards and its flexibility. This JV will produce parts for the Falcon 2000 and Rafale. The choice of the Nagpur site, in central India, was dictated by the availability of land with direct access to an airport runway, he was quoted as saying. Dassault on Wednesday said it had “freely chosen” to form a joint venture with Reliance. But that stance was contradicted recently by former French president Francois Hollande, under whose watch the Rafale deal was signed.

Hollande last month said that France had “no choice” but to join with Reliance after it was pushed by the Indian government — comments which were seized upon by Indian opposition parties.