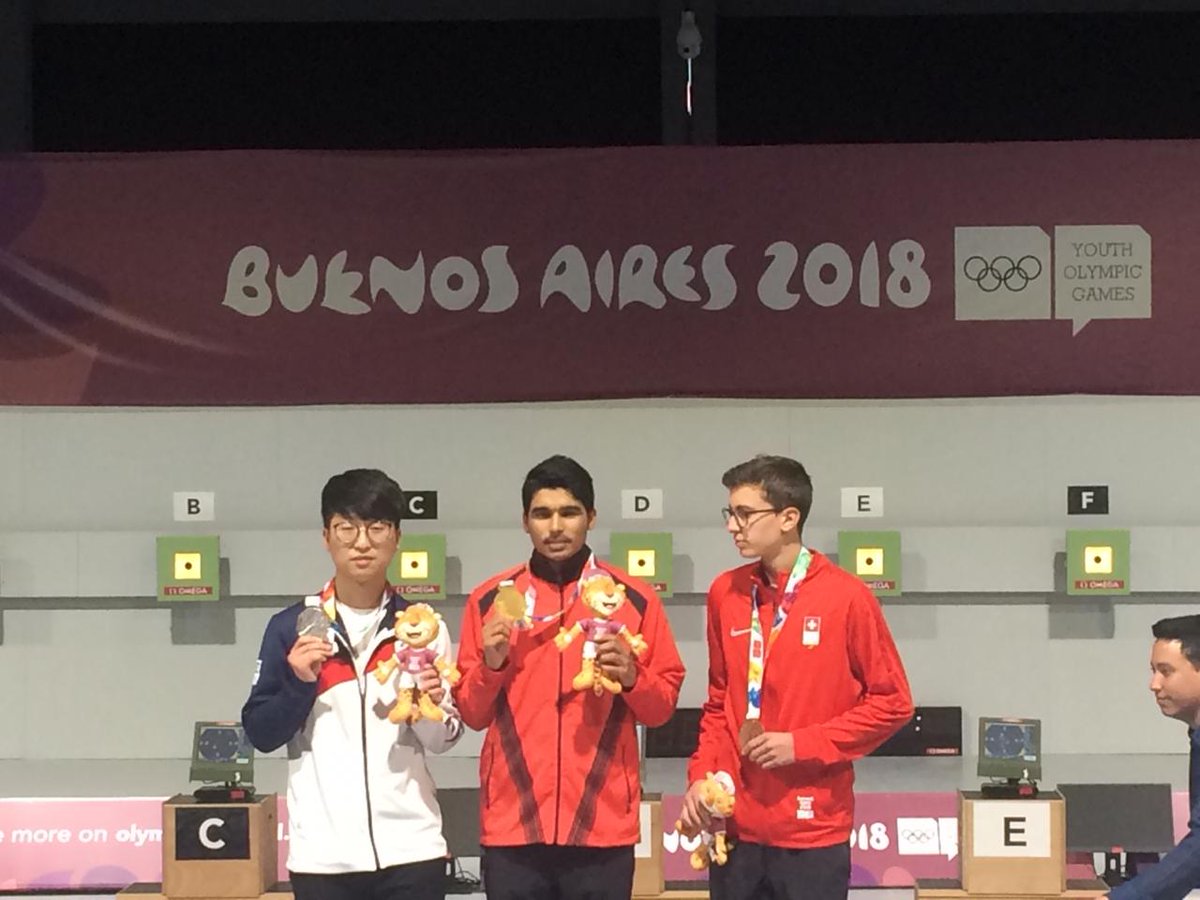 Saurabh Chaudhary, repeated his Asian Games stellar performance, to win a gold in the 10m air pistol at the Youth Olympic Games in Buenos Aires on Wednesday making it the Indian shooting contingent’s best-ever sports meet.

Chaudhary, an Asian Games and Junior ISSF World Championship gold medallist, also topped the qualifying with 580.
Hailing from Kalina village near Meerut, Chaudhary led from start to finish to emerge winner, a day after another 16-year-old, Manu Bhaker, won the women’s pistol event.

Chaudhary led at the end of stage 1 despite shooting under 10 in four attempts. While a high 10.8 was his best in the first series, in the second series of first stage he had four scores of 10 and above, including a 10.7, which placed him way ahead of the rest of the pack.

Saurabh had two slow starts in the day, the first in qualifying when he was briefly placed 11th in the 20-man field before stamping his class with a solid 580 over 60 shots to top the standings.

Then he began slowly in the finals, but then literally decimated the field, opening up leads of 0.8 after five shots, 2.9 after 10 shots, a full five points after the 18th shot and eventually finished with 244.2, a full 7.5 points clear of silver winning Korean Sung Yunho, who finished with 236.7.

The four individual shooters at the Games – Shahu Mane, Mehuli Ghosh, Many Bhaker and Chaudhary – won two gold and two silver medals between them.