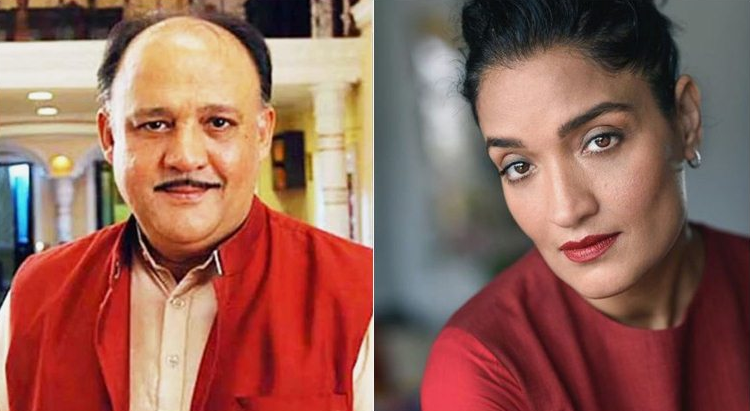 The ‘Angry Indian Goddesses’ actor, in a tweet, revealed that during a Zee telefilm shoot, an inebriated Alok Nath came to her room after dinner and lunged at her.

Traumatised with what had happened, she ran away from the room and met her DOP in the hotel lobby who accompanied her back to the room. However, the senior actor refused to listen to the DOP and continued threatening Sandhya and abused her while trying to grab her. After much effort, he was made to leave the room and the hairdresser was made to sleep in her room.

Further, Sandhya also mentioned how after the incident she was tagged as a ‘difficult and arrogant’ person by Alok Nath.

Sandhya, who was last seen in TV show P.O.W. Bandi Yuddh Ke, also added, “Mr Alok Nath I will never forgive you for what you did with Vinta. I stand by you Vinta. What I went through is nothing compared to you. I’m so sorry. More power to you. Your time’s up sir.”

The ‘Saathiya’ actor also admired actress Tanushree Dutta for starting the #MeToo movement and expressed happiness over women getting a platform to share their stories. Sandhya wrote, “We have a voice finally. I stand with Tanushree, Vinta and every woman who has been through this and will follow suit and break her silence.”

Meanwhile, after listening to all the allegations by Vinita Nanda, Alok Nath in an interview to Zoom, said,  “What do I have to do with people? People will say anything to spoil the image. Leave my image, whatever has been said, it is absurd.”

Adding to this, he said, “At one time she used to be such a good friend… today she said such a big thing. In a way, it was me who made her what she is. It is useless to react on the allegations as in today’s world whatever a woman says, only that will be considered. In such a situation, it would be wrong to say anything.”

Speaking to India Today earlier on Tuesday, Alok Nath denied the allegations and said “In the current situation, if a women accuses a man, no one will consider to listen to a man’s version so it’s useless to react. I know her(Vinta Nanda) very well. I would not like to comment on it. She has the right to put forward her thoughts. Right now, I am trying to come to terms with the whole thing. Will comment later.”

The lead actresses of ‘Tara’ Navneet Nishan supported Vinta Nanda’s allegations against Alok Nath while confirming the harassment she faced at the hands of the actor.

“I empathise with Vinta for the terrible pain she has gone through; it is unimaginable. I dealt with the four year harassment by slapping the man in question and it is done and dusted. “l suffered the loss of the show and was further shamed by the man through media and I endured that. I fought my battles there and then. I am immensely glad that the power trip and sexual dominance coming from this power is being called out. It is high time,” she told PTI.