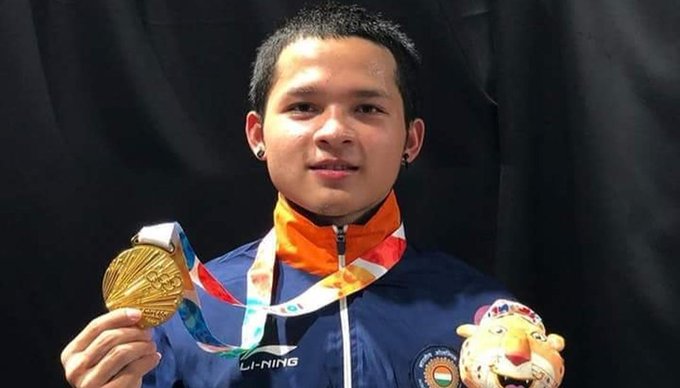 The 15- year old Mizo claimed the top honours in the men’s 62 kg category.

Jeremy Lalrinnunga becomes the first ever Gold Medallist for #TeamIndia at the @youtholympics Games #BuenosAires2018 as he successfully lifts a combined weight of 274kgs in his #Weightlifting Men’s 62kg Group A event! World, take a bow!#IAmTeamIndia 🇮🇳 pic.twitter.com/dOCSNeMJdP

The young weightlifter from Aizwal is also a world youth silver medallist. He lifted a total of 274kg (124kg + 150kg) to finish on top in the Argentine capital on Monday night. 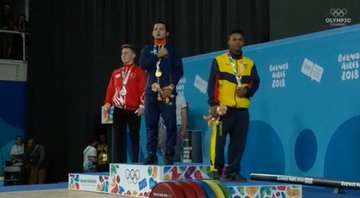 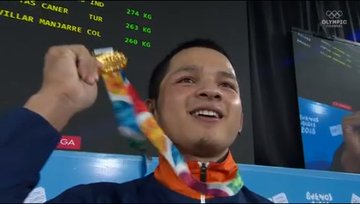 Earlier this year, Lalrinnunga claimed a silver (youth) and a bronze (junior) in the Asian Championships, breaking two national records in the process.

India are set to record their best ever performance at the Youth Olympics owing to Lalrinnunga’s first gold. The country has already bagged four medals with Tushar Mane and Mehuli Ghosh winning a silver each in 10m rifle shooting and Thangjam Tababi Devi who won India’s first medal in judo by finishing second in the 44kg category.

This performance is a sign of great progress for India as the country won just two medals- one silver and one bronze – in the last Youth Olympics in 2014 in Nanjing, China.

Meanwhile, weightlifter Sneha Soren finished 5th as she could not finish on the podium in the women’s 48kg category.

In other events, Srihari Nataraj, managed to stand 6th in the 100m backstroke swimming final despite being a reserve. Archana Kamath and Manav Thakkar won their singles matches of the group stage in Table Tennis, beating Malaysia’s Javen Choong 4-2 and Slovakia’s Aleksandra Vovk 4-1, respectively.

The Indian team schooled the Austrian Hockey team as the final score stood 9-1 in favor.

Budding badminton player Lakshya Sen faced a tough time against Danylo Bosniuk in the first game before he regained the upper hand and beat the Ukrainian player 23-21, 21-8.

The country is being represented by 47 athletes at the ongoing Games, its biggest ever contingent. as the team thrashed Austria 9-1.