New Delhi: 16-year old shooter Manu Bhaker made the country proud as she has become the first-ever Indian woman to win gold at Youth Olympics.

Bhaker on Tuesday won the women’s 10m Air Pistol event with a score of 236.5 at 2018 Youth Olympic Games in Argentina’s Buenos Aires. 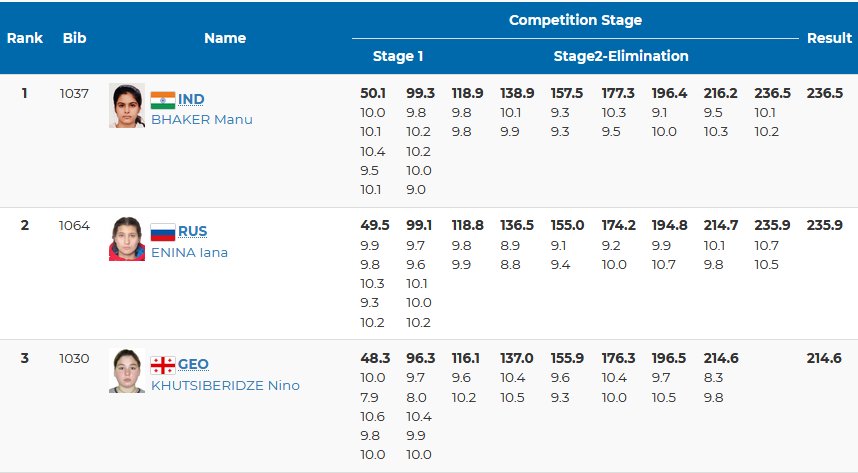 “This is an important win for me. It will be a morale booster (after the Asian Games disappointment) as I look forward with an aim to bring home more laurels,” Bhaker said after winning the gold.

“I have always tried to give my best and sometimes there may not be success. But the endeavour is to do well, shoot well, shoot high scores. It is satisfying.”

Two 9.8 in the beginning of the second stage (elimination) were followed by a 10.1 and 9.9, helping her maintain the lead over Thailand’s Kanyakorn Hirunphoem by some distance.