Thousands of lanterns floating away into the night sky is a magical sight and one of the most beautiful things one can ever see. This is exactly how Thailand looks during the world-famous Lantern Festival! Dreamy and surreal, it could be a page straight out of a fairytale. 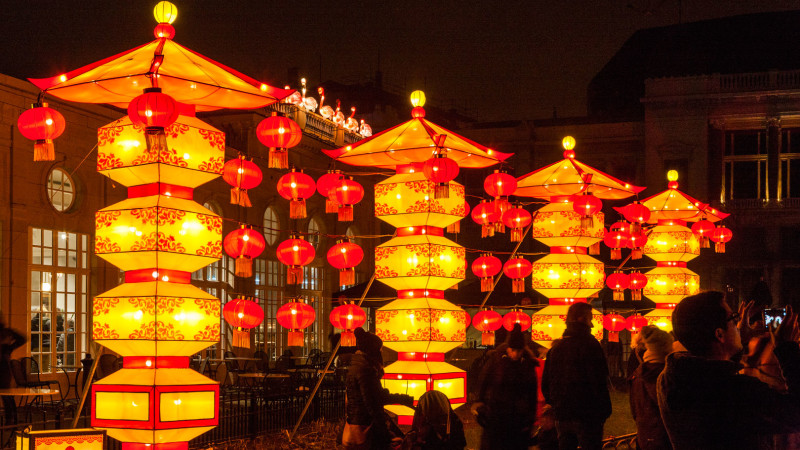 The Loy Krathong and Yee Peng Lantern Festivals will be celebrated in Chiang Mai (Thailand) from the 20-23 November, 2018. They are the most charming festivals celebrated in the kingdom.

Loy Krathong involves the making of buoyant leaf containers which are then floated down a river. The word krathong refers to the vessels made from the trunks of banana trees or spider lily plants, which are then decorated with flowers and made to hold candles or incense.

Yee Peng, on the other hand, involves the release of sky lanterns made from thin rice paper stretched over a bamboo or wire frame. A candle is attached to the frame, which when lit, traps hot air inside to create enough lift for the lantern to float into the sky. It works in the same way as a hot air balloon. Unlike Loy Krathong which is celebrated throughout Thailand, including the north, Yee Peng is a Lanna (Northern Thai) tradition is celebrated only in Northern Thailand, with the biggest events being held in Chiang Mai. 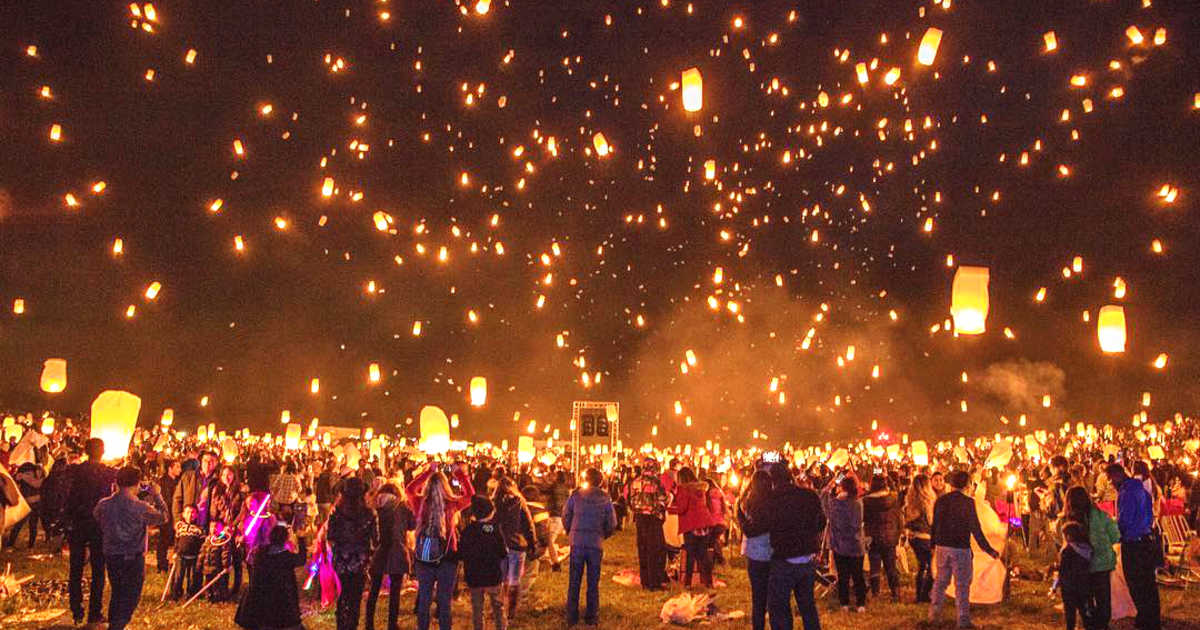 The Loy Krathong and Yee Peng Lantern Festivals are probably the most charming festivals celebrated in the Kingdom of Thailand. The entire country lights up with colourful lanterns, lights, gleaming against the night skies, across rivers, hanging from trees, buildings and temples and soaring high in the sky.

Loy Krathong is celebrated annually throughout Thailand on the full moon day of the 12th month of traditional Thai calendar.
While in Chiang Mai, Loy Krathong coincides with the Lanna (Northern Thai) festival of Yee Peng which falls on the full moon day of the 2nd month of traditional Lanna calendar. Yee Peng is also popularly known as ‘The Lantern Festival’, or the ‘The Festival of Lights’. 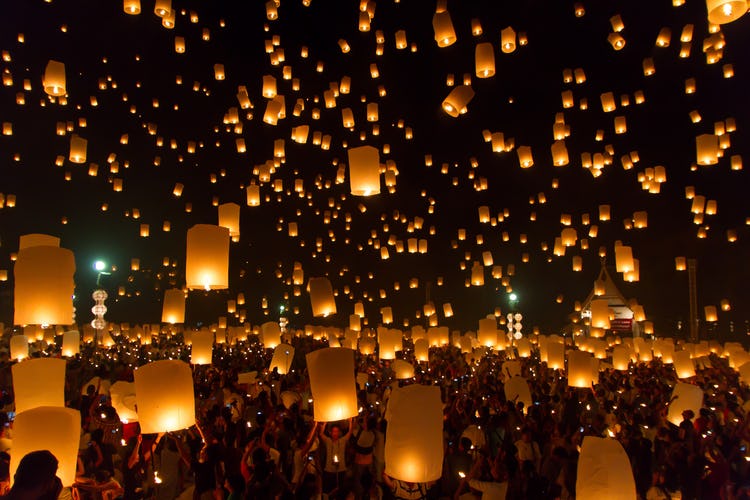 During Loy Krathong and Yee Peng Lantern Festivals, locals deck up their homes in bright colourful lanterns and Thailand’s flag decorations. Even public places are lit up with lights, colours, streamers and lanterns. 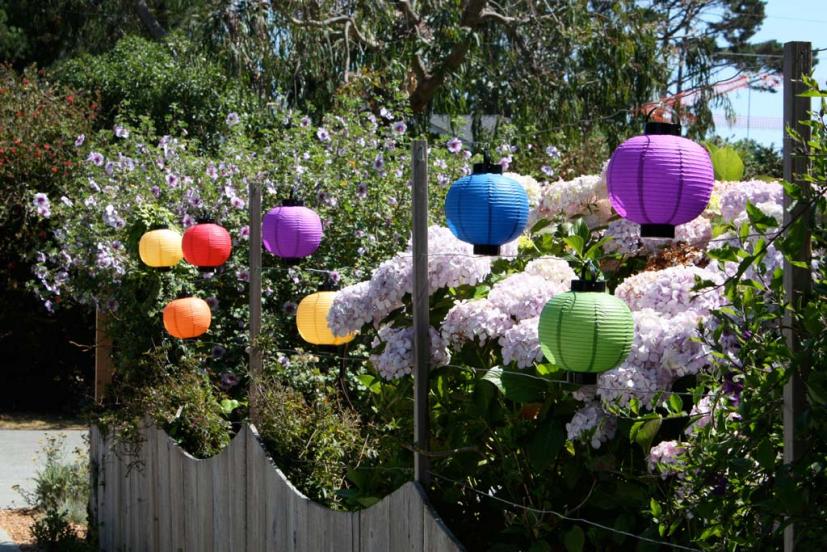 The city of Chiang Mai will play host to thousands of local and foreign tourists who throng this place to watch the spectacular annual festivals. The city will be packed, hotel rooms sold out and festivity taking over the normal routine of this otherwise calm city.

So, in case you wish to be a part of this extraordinary merriment, plan your trip much in advance. Make the necessary bookings right away.

So, get set for a November vacation to Thailand. As the lanterns light up the night sky, witness this beautiful sight, that is a speciality of Thailand only.